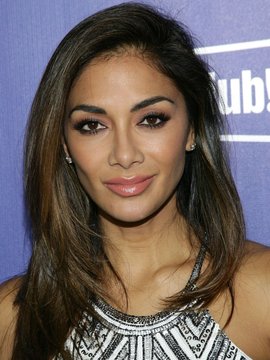 Nicole Scherzinger was born on June 29 in Honolulu, and raised in Louisville, Kentucky. While attending a performing arts high school, she won the Coca-Cola Classic Talent Contest and performed in many plays at The Actors Theatre of Louisville. She furthered her studies majoring in theater arts at Wright State University before entering the premiere season of the WB's television show, "Popstars" (2000/I), where she earned the role of lead vocalist in the female pop group, Eden's Crush.Outside of her work with The Pussycat Dolls, Nicole performed with Japanese superstar, Yoshiki Hayashi, at the Tokyo International Forum of Japan and had guest appearances on "My Wife and Kids" (2001) and "Wanda at Large" (2003). Nicole has a single out on Adam Sandler's 50 First Dates (2004) soundtrack: a cover of UB40's "Breakfast in Bed". Her two most recent film roles are the voice of Sina in Moana (2016) and Penny Rivera in Dirty Dancing (2017). Who's the Winner of 'The Masked Singer' Season 3? 5 Reasons 'The Masked Singer's Leopard Is Likely This Grammy Winner 'The Masked Singer' Sneak Peek: Rottweiler Is an Artist! (VIDEO)