The Masked Singer is well on its way to securing its Top 4 for Season 3, and already the clues are alluding to the mystery behind this current crop of contestants’ identities.

While their speaking voices may be altered, cryptic clues that are shared provide insight when it comes to the people singing behind the masks. After two performances, one contestant’s identity is becoming that much easier to surmise.

Considering this star’s onstage presence, bold personality and some telling clues about their upbringing in Hollywood, it’s clear that this contestant is comfortable in the spotlight. Pairing this knowledge with everything we know so far, the Frog has to be child star, rapper and actor Bow Wow.

As a child star, Bow Wow hit the scene as a young actor and rapper, and he continues to spit rhymes today. Listening to Frog’s vocals alongside Bow Wow’s, the similarities are endless — but give it a listen for yourself.

One of the messages in Frog’s clue package was that he “left the storm as fast as a lightning bolt.” This line could be a reference to Bow Wow’s role in the 2002 family film Like Mike. In the movie, he gains special athletic abilities after attempting to retrieve shoes on a tree branch during a storm, during which he’s struck by lightning.

A poster depicting the 1996 Games was shown during one of Frog’s clue packages. While Bow Wow may not have attended the Olympics that year, their location of Atlanta, Georgia is certainly familiar. The star currently resides in the southern city. In one of Frog’s clue packages, a $100, $5 and $1 bill are shown, which may seem vague but upon some research could reveal a hidden message. Perhaps the numbers symbolize Bow Wow’s five #1 hits on Billboard’s Hot 100? But that’s just a hunch. On a typewriter, the letters, C, S, and I were highlighted and panelists did guess that perhaps the Frog had been involved with the TV franchise at some point. They wouldn’t be wrong if Bow Wow’s under the mask since the singer and actor appeared in CSI: Cyber from 2015 through 2016. 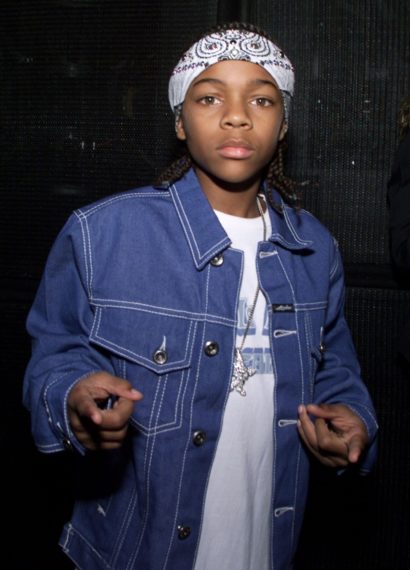 A recent clue for Frog put emphasis on the number 13, this was the age Bow Wow was when he released his first album in 2000.

So, who do you think Frog is behind the mask? Let us know what you think in the comments.