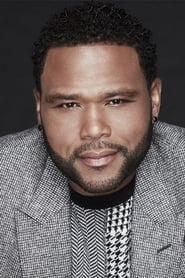 Anthony Anderson (born August 15, 1970) is an American actor, comedian, and writer. He has starred in his own sitcom All About the Andersons, as well as the Fox sitcom The Bernie Mac Show during the fifth and final season of the show. He is also known for his leading roles in television dramas such as K-Ville, The Shield and Law & Order. He has also had supporting roles in films such as Transformers, The Departed, Agent Cody Banks 2: Destination London and Scream 4. 'black-ish' to Air Animated Election Special Ahead of Premiere 'All in the Family' & 'The Jeffersons' Live Adds Kerry Washington (PHOTO) How 'black-ish' Tackles the Divisive Topic of Football 'grown-ish': The Man Behind Cash Mooney on His Future With Zoey