Andy Cohen is the host and Executive Producer of "Watch What Happens Live," Bravo’s late night, interactive talk show. The series is the only live show in Late Night, and features everyone from “Bravolebrities” to big names in pop culture. He also serves as Executive Producer of “The Real Housewives” franchsie and hosts the network’s highly rated reunion specials. Cohen has an active following on social media, where he commands over two million followers on Twitter, Instagram, and Facebook.In May 2013, Cohen became a New York Times best-selling author for the second time with the release of the paperback version of his book, "Most Talkative: Stories from the Frontlines of Pop Culture."Most recently, Cohen served as Bravo's Executive Vice President of Development and Talent, responsible for creating original content, developing innovative formats and identifying new talent. He also served as Executive Producer on Emmy and James Beard award-winning "Top Chef." Cohen started at Bravo in 2004 as Vice President, Original Programming and in 2005 he was elevated to Senior Vice President of Original Programming & Development. He upped to Executive Vice President of Original Programming & Development in December, 2010. Since then he has overseen an aggressive slate of unscripted series and specials including hits such as the Peabody Award winning "Project Runway," and the Emmy winning "Top Chef." Previously, Cohen was Vice President of Original Programming for TRIO (pop, culture, TV), beginning in July 2000. He was responsible for developing and supervising all of TRIO's original productions.   Cohen is a regular on the "Today Show" and "Morning Joe" and has cohosted "Live! with Kelly and Michael," "The View," "Anderson Live" and the 10:00am hour of "Today." He has also been a guest on "Late Show with David Letterman," "The Tonight Show with Jay Leno," and "Late Night with Jimmy Fallon."Most recently, Cohen interviewed Lady Gaga for the December cover story of Glamour Magazine. In June of 2013 he was named to Fast Company’s 100 Most Creative People in Business List.  In December of 2012 GQ Magazine named Cohen one of the 25 Best Dressed Men of the Year. In 2011 and 2012, he hosted the "Miss USA" and "Miss Universe" pageants live on NBC. Cohen has appeared on the covers of several magazines including Parade, Entertainment Weekly, Hamptons, and The Advocate and has been profiled by The New York Times, Glamour Magazine, Vanity Fair, People and Fortune magazine. In 2012 he was chosen as one of Broadcasting & Cable’s "Digital All-Stars" and in 2010, he was listed as one of TV Guide’s "25 Most Influential People in Television."Prior to working at TRIO, Cohen spent 10 years at CBS News as Senior Producer of "The Early Show," overseeing the production of entertainment segments. Cohen also served as a producer for CBS News' "48 Hours" and for "CBS This Morning."Born in St. Louis, Cohen is a graduate of Boston University where he received a B.A. degree in broadcast journalism. Cohen is currently on the board of directors for charity Friends In Deed and currently resides in New York City./Biography provided by BravoTV.  Modified for length./ Why 'The Real Housewives of Atlanta' Is the 'Housewives' to Watch 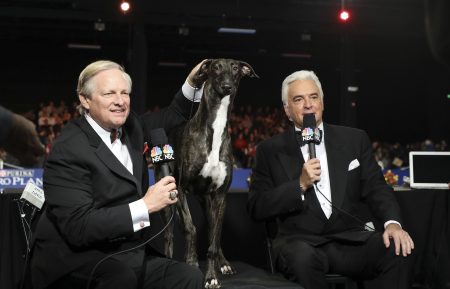 The National Dog Show: Noon on Thanksgiving in All Markets 'Love Connection': Who's Coming Out on National TV? (VIDEO) Could We See More X-Files Soon? Andy Cohen's Then and Now Compares History With Billy Eichner, Kelly Ripa and Even Some Real Housewives