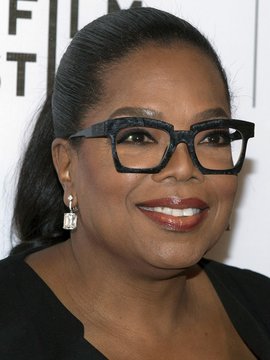 Oprah Winfrey, born Orpah Gail Winfrey on January 29, 1954, is an American television host, actress, producer, and philanthropist, best known for her self-titled, multi-award winning talk show, which has become the highest-rated program of its kind in history. She has been ranked the richest African American of the 20th century, the greatest black philanthropist in American history, and was once the world's only black billionaire. Winfrey was born into poverty in rural Oprah Winfrey to Host 'OWN Spotlight: Where Do We Go From Here?' Special 'Visible: Out on Television': Wilson Cruz on Why He's 'Amazed This Is My Life' (VIDEO)