TV Guide Magazine staff writer John Russell has been called the B---- in Apt 23 of his generation. For the better part of the past decade he has covered nearly all aspects of pop culture, chatting up everyone from Madonna and Stevie Nicks to Darren Criss, Ian Somerhalder, Kellan Lutz and BD Wong. His unique skill set includes the ability to communicate effectively using only 30 Rock references and/or Downton Abbey gifs, and some might say he identifies way too heavily with the characters on Absolutely Fabulous and You’re The Worst. Follow him on Twitter @john_russell. ‘The Pembrokeshire Murders’ & More True Stories to Watch on BritBox Hot Home Theater: There’s Never Been a Better Time to Be a Couch Potato Hot Trend: Real-Life Married Couples Mix It Up at Work ‘The Sister’s Russell Tovey Previews the ‘Ridiculously Screwed Up’ Series How Will ‘New Amsterdam’ Season 3 & Its Doctors Deal With the Pandemic? 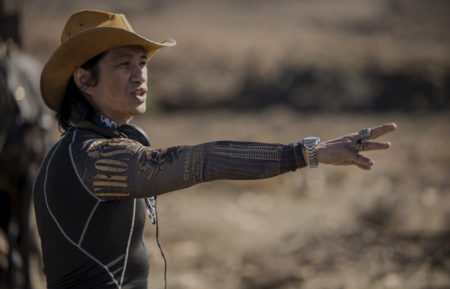