‘Tell Me a Story’ Creator Details His Modern, Gritty Take on 3 Fairy Tales

Once upon a time—in 2018, actually—three beloved fairy tales were transformed into the plot of this gritty CBS All Access crime drama. This summer, you can catch Season 1 on The CW.

Tell Me a Story creator Kevin Williamson previews his modern take on the classics. In contemporary New York, wayward high school senior Kayla (Danielle Campbell) is tempted into a dangerous relationship with a teacher (Billy Magnussen). The moral: “The world is full of wolves,” Williamson says, “and, most importantly, there could be a wolf lurking within her.”

The Three Little Pigs had it coming.

When a trio of jewelry store robbers in pig masks accidentally kill his fiancée, Jordan (James Wolk, Zoo) makes it his mission to huff and puff and blow their lives apart. One of them, lazy, low-level Eddie (The Vampire Diaries‘Paul Wesley, above) may be easy to dismantle, but, teases Williamson, “Your third pig [Dorian Crossmond Missick] has a house of brick. It’s strong and secure, and nobody’s going to take it from him.” 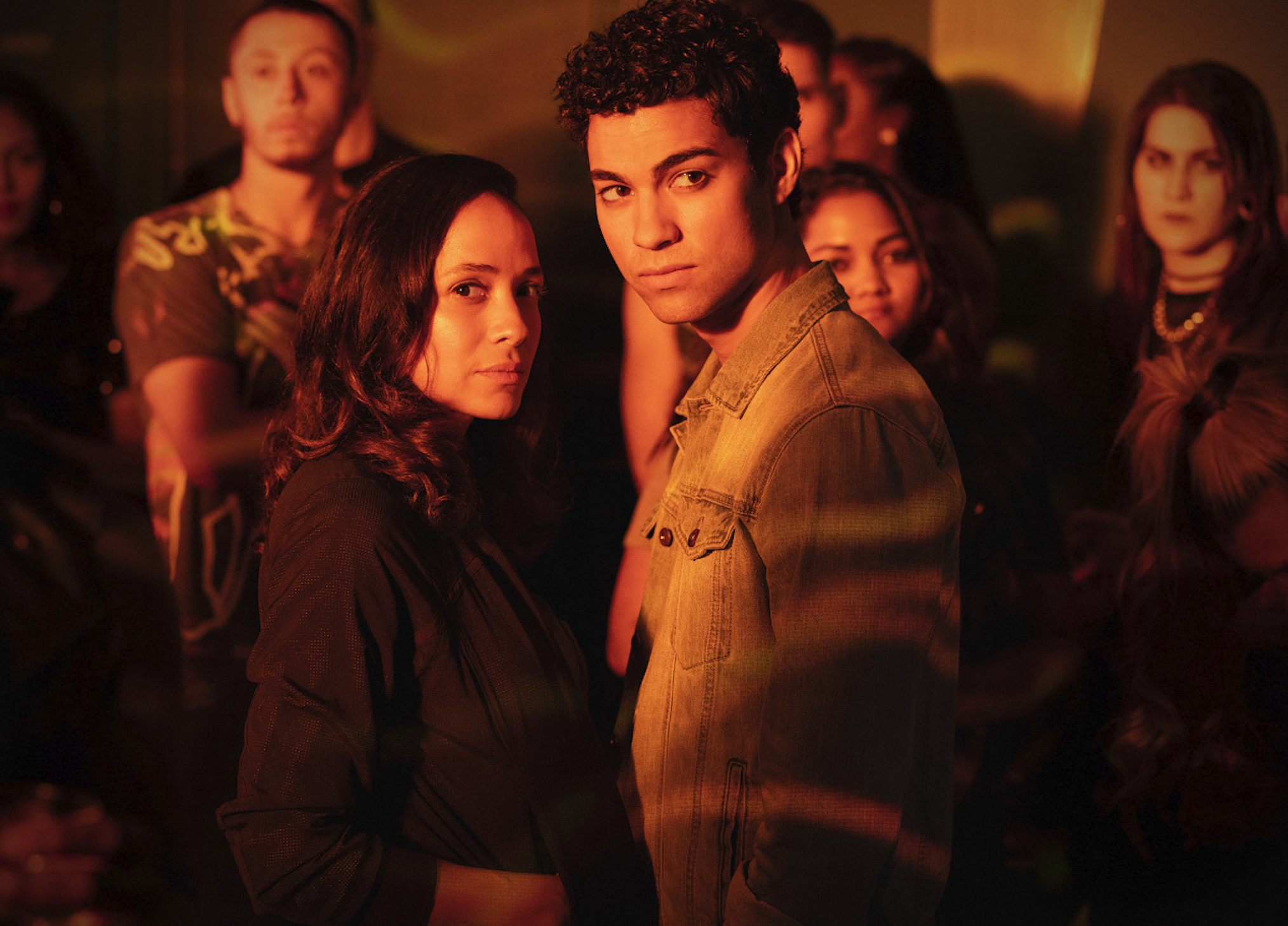 Hansel and Gretel can get darker.

Army veteran Hannah (Dania Ramirez) and her drug-addicted brother Gabe (Davi Santos) have fended for themselves since they were children. They fall prey to a wicked hotel manager (Becki Newton) who seduces them with cocaine and cash. “The show is about broken people who have to find a way to heal themselves in order to right their wrongs,” Williamson says. “Some fix their lives, and some don’t.”

Tell Me A Story