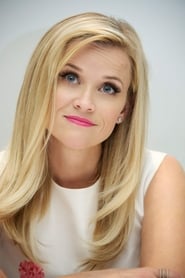 ​Laura Jeanne Reese Witherspoon (born March 22, 1976), better known as Reese Witherspoon, is an American actress and film producer. Witherspoon landed her first feature role as the female lead in the movie The Man in the Moon in 1991; later that year she made her television acting debut, in the cable movie Wildflower. In 1996, Witherspoon appeared in Freeway and followed that appearance with roles in three major 1998 movies: Overnight Delivery, Pleasantville, and Twilight. The following year, Witherspoon appeared in the critically acclaimed Election, which earned her a Golden Globe nomination.2001 marked her career's turning point with the breakout role as "Elle Woods" in the box office hit Legally Blonde, and in 2002 she starred in Sweet Home Alabama, which became her biggest commercial film success to date. 2003 saw her return as lead actress and executive producer of Legally Blonde 2: Red, White & Blonde. In 2005, Witherspoon received worldwide attention and praise for her portrayal of June Carter Cash in Walk the Line, which earned her an Academy Award, Golden Globe, BAFTA, and Screen Actors Guild Award for Best Actress in a Leading Role. Witherspoon married actor and Cruel Intentions co-star Ryan Phillippe in 1999; they have two children, Ava and Deacon. The couple separated at the end of 2006 and divorced in October 2007. Witherspoon owns a production company, Type A Films, and she is actively involved in children's and women's advocacy organizations. She serves on the board of the Children's Defense Fund (CDF), and was named Global Ambassador of Avon Products in 2007, serving as honorary chair of the charitable Avon Foundation.