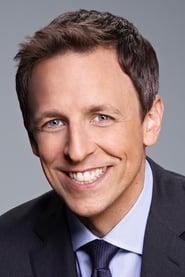 Critic's Notebook: A Golden Globes Show With a Message Saturday Night Live: The Best of the Thanksgiving Sketches Seth Meyers on the 10 Fall Shows (Real and Fake!) That He Can't Wait to See Seth Meyers on Being Late Night's 'Mr. Nice Guy' and Why He Never Sees Jimmy Fallon