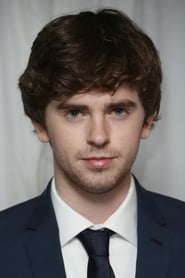 Alfred Thomas Highmore is an English actor best known for his roles in the films "Finding Neverland"; "Charlie and the Chocolate Factory"; "Arthur and the Invisibles"; "August Rush"; "The Golden Compass" and "The Spiderwick Chronicles". He starred as Norman Bates in "Bates Motel" A&E's contemporary prequel series of the film "Psycho".