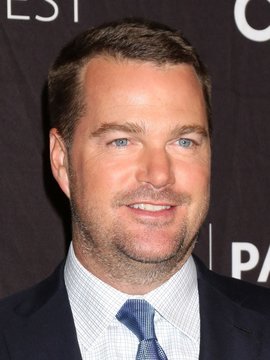 Chris O' Donnell was born on June 26th, 1970. He is the youngest child in his family with four sisters and two brothers. He first started modeling at the age of thirteen and continued until the age of sixteen, when he appeared in commercials. When he was seventeen, he was preparing to stop acting and modeling, but was asked to audition for what would be his first film, Men Don't Leave (1990). He didn't want to go to the audition, but his mother bribed him by saying she would buy him a new car if he went and he duly got the role.Ever since that moment in his life, Chris has appeared in some major motion pictures including Fried Green Tomatoes (1991), Scent of a Woman (1992), Mad Love (1995), Vertical Limit (2000) and Kinsey (2004).Chris took time off from acting to spend time with his wife, Caroline, son, Chris Jr., and his daughter Lilly. He also spent two months in New York performing in Arthur Miller's "The Man Who Had All the Luck". Can Offset Help the 'NCIS: LA' Team Get Fatima Back? (PHOTOS) Hetty Returns to 'NCIS: LA' With New Tricks to Help Callen Face His Past Anna Kolcheck Returns to 'NCIS: LA' With a Warning for Callen (PHOTOS) 9 Things We Need to Know After the 'NCIS: LA' Season 10 Finale (PHOTOS) Behind the Scenes of 'NCIS: LA' Season 10 With the Cast (PHOTOS) Will Anna Lead Callen to His Father on 'NCIS: LA'? 'NCIS: LA' Searches for Anna After She Escapes From Prison (PHOTOS)