For a guy who’s been carrying around an engagement ring, receiving a severed female finger via courier is quite the mind trip. But that’s what happened to NCIS: Los Angeles‘ Special Agent G. Callen (Chris O’Donnell) when we last saw him. To add to the twistiness, March 28th’s action-packed mission to rescue Joelle is shaded by Callen’s lingering mistrust of Anna. Back on the February 21 episode, she was AWOL, leaving poor G. holding that ring box. When he tracked her down in the February 28 installment (to a remote house teeming with Russians), she claimed she’d gone into hiding to protect them both from Katya. Yet when Anna left to search for Joelle, hoping to draw out the woman’s psycho captor, her so-called allies bonked Callen over the head. What gives?!

“It’s been hard enough for Callen to get himself to the point where he is ready to take the next step in life. He’s clearly in love with Anna and feels the time is right [to marry]. Unfortunately, the carpet has been pulled out from under him. He’s discovering he might not know the real Anna or [be able to] trust her,” O’Donnell says. Still, “he has to put these questions aside and take care of the business at hand.” 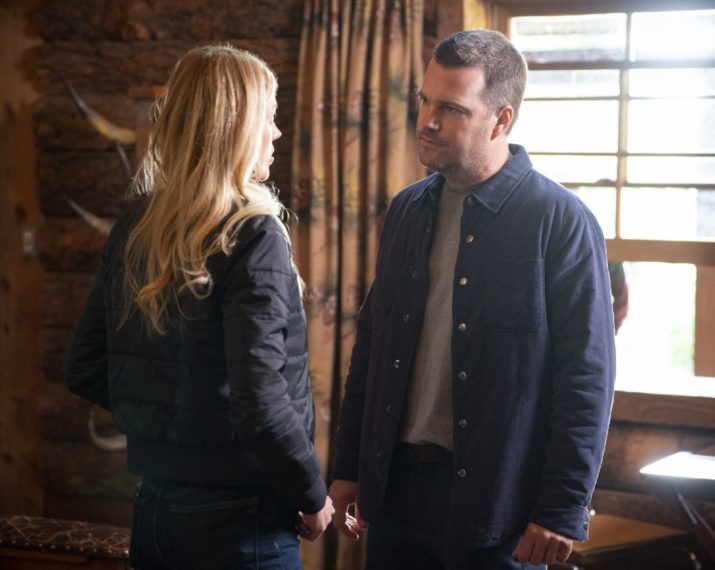 Taking care of business, the actor tells us, will lead Callen back to his old “lone wolf” ways, while the rest of the NCIS team help Anna’s vodka-loving father, Arkady (scene-stealer Vyto Ruginis), who has also been threatened by Katya. It’s all part of a bigger puzzle involving a high-level Russian mole that falls into place March 28 and April 4 — and ultimately involves NCIS big boss Hetty Lange (Linda Hunt). “Hetty sometimes puts her own safety at risk for the greater good,” executive producer R. Scott Gemmill hints, “and may soon find herself needing the team to come to her rescue for a change.”