Will Anna Lead Callen to His Father on ‘NCIS: LA’?

[Warning: The below contains MAJOR spoilers for Season 10, Episode 21 of NCIS: Los Angeles, “The One That Got Away.”]

Is a happy family reunion in Callen’s (Chris O’Donnell) future, all thanks to Anna (Bar Paly)?

Anna escapes prison with her cellmate, Kate Miller (Eve Harlow), in Sunday’s episode of NCIS: Los Angeles, and while tracking her, the team wonders exactly what’s going on. Did Anna escape because she didn’t want to serve the seven years of her sentence? Or is she working some sort of operation?

The U.S. Marshals question Callen and Arkady (Vyto Ruginis) as possible accomplices to the escape, but both are cleared. It’s when the team begins to look into Kate that things get really interesting.

Anna made sure she’d be in a position to be cellmates with Kate. First, she started a fight that resulted in her being moved to that cellblock. Then, someone set a fire in Kate’s cell, and Anna’s was the only one with an open space.

Furthermore, Anna requested to work trash duty, and the women escaped via the trash chute. Kate was arrested on charges of solicitation and the sale of a controlled substance, and she was halfway through her two-year sentence. After Kate was moved into her cell, Anna sent a text on a burner phone she had to another burner: “Made a new friend.” It sounds like she was starting to work Kate as part of a sting operation.

However, once the team digs into Kate’s past, it becomes clear she’s not who she appears — and wouldn’t be the target of an ATF sting operation. Anna can’t be working for her former agency.

The actor is reprising his role for the first time since the original series ended.

Kate is Russian and using the past of a young woman who died in a bike accident. She blackmailed Phil Carmona (Ted King), a consultant for an energy company, for intel on his Russian contacts and called the Russian consulate from a payphone after her and Anna’s escape. She’s a Russian spy.

That call to the Russian consulate leads to the team to figuring out how the women are getting out of the country: on a private flight. At the airfield, Callen catches up to Anna as she’s about to board the plane and tries to get her to tell him what she’s doing. She only tells him he has to trust her before getting on the plane.

But at the end of the episode, Eric (Barrett Foa) and Nell (Renée Felice Smith) bring Callen and Sam (LL Cool J) photos that reveal Anna’s mission. They have photos of Kate with Pavel Volkoff (David S. Lee). Anna’s going after him to try to find Callen’s father. 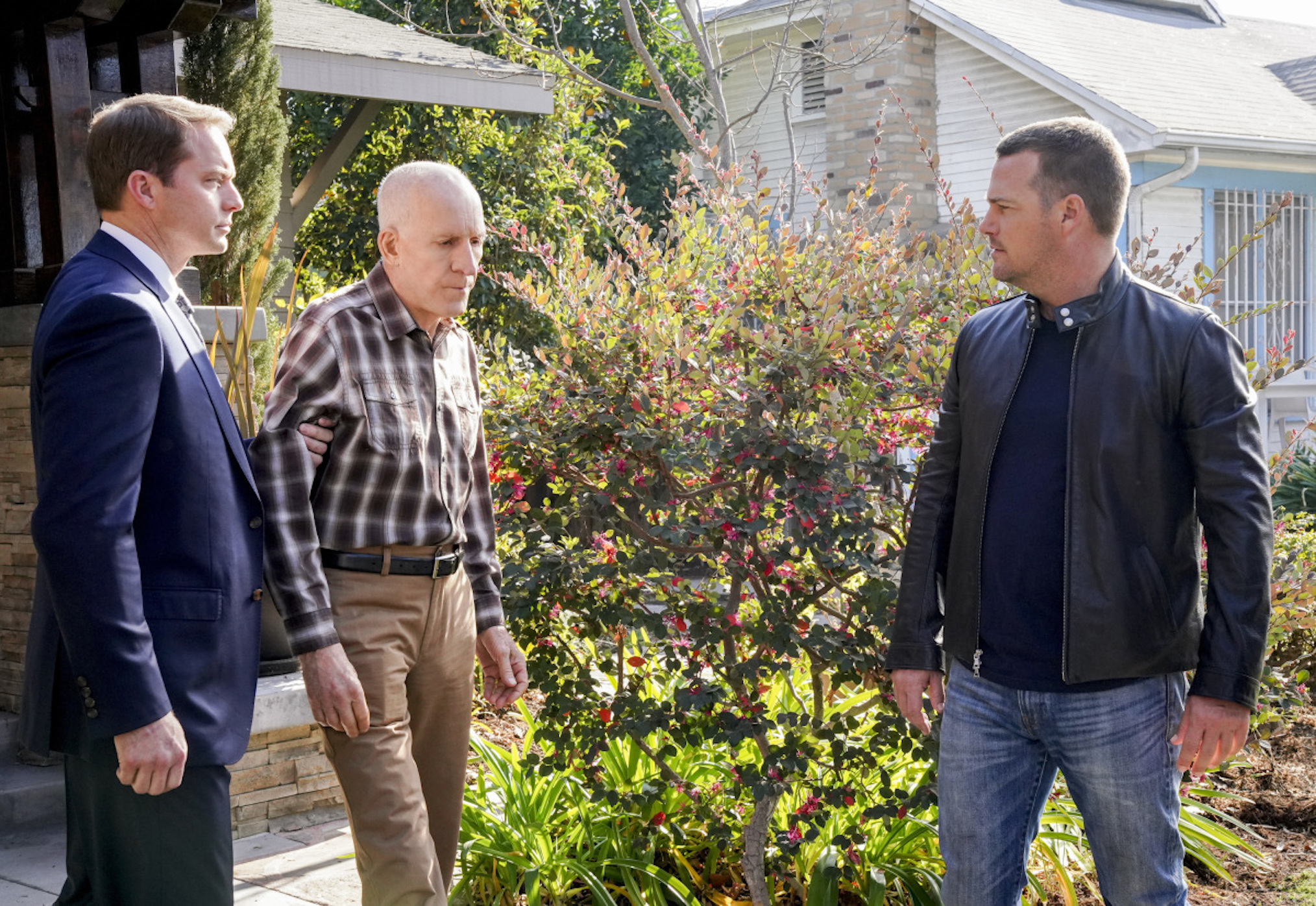 Even if she does, she’s going to have to answer for her escape from prison … or will she? She did appear to be working with someone, going by the burner phone and text.

Also, the Justice Department ordered Anna’s transfer from a federal to a state prison, but not even Special Prosecutor John Rogers (Peter Jacobson) can find out who exactly arranged it. It’s possible she won’t end up back in a cell when this is all over (assuming she survives).

There has been some foreshadowing that NCIS: LA‘s focus was returning to Callen’s family. Two episodes ago, Callen’s sister reluctantly agreed to let him babysit her son, despite the two being estranged since their father was handed over as part of a prisoner exchange, one that Volkoff orchestrated to get his hands on Nikita (Daniel J. Travanti).

Is Anna about to help Callen put his family back together? She may at least lead him to answers, as showrunner R. Scott Gemmill told TVLine that Callen “finds out about what happened to his father.”