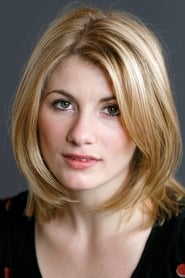 Jodie Auckland Whittaker (born 1982) is an English actress, perhaps best known for her work in the film Venus (2006) and for her role in all three series of the ITV drama Broadchurch as grieving mother, Beth Latimer. On 16th July 2017 it was announced that Whittaker will be the first woman to play the role of the Doctor in TV’s Doctor Who. 'Trust Me': 3 Reasons to Watch the Medical Anthology on Hulu 5 Things We Learned From the Historic 'Doctor Who' Panel 'Doctor Who': The Doctor Is Reunited With Her TARDIS (RECAP) 'Doctor Who': Jodie Whittaker on Making the Role Her Own & New Companions Jodie Whittaker Was the First Choice for 13th 'Doctor Who'