On June 22, current Doctor Who star and thirteenth Doctor, Jodie Whittaker, and Who alums Matt Smith (No. 11) and David Tennant (No. 10) got together for a conversation moderated by IGN’s Terri Schwartz. The panel—dubbed the “historic” meeting of the Doctors—celebrates the fact that fans of the timey-wimey sci-fi series can now binge Seasons 1-11 exclusively on the new streamer HBO Max. In the video, Whittaker, Smith and Tennant reveal some interesting tidbits about their time on the popular BBC America series, including what Who artifacts made it into their homes.

Here’s what we learned.

Bummer—There’s No Doctor Who Group Text

But they’re open to starting one. Some TV show casts have spoken out lately about having texting groups, as a fun way to keep everyone in communication. Unfortunately, there are sometimes exclusions from the group (Sorry, Donald Glover and Community). In the case of Who, the actors confirm that there is no Doctor group chat… yet.

“Should we try and make that happen?” Tennant asks. While in agreement, Whittaker suggests Tennant be the group’s admin, to which he quickly responds, “Slyvester McCoy’s [Doctor No. 7] definitely admin.” You don’t have to be so brutally honest! At one point during the panel, Whittaker recalls running into a teenage girl in a café just after the actress was announced to be the official next Doctor. Whittaker says, while laughing, that the girl told her: “I really wanted Ben Whishaw [to play the Doctor].” 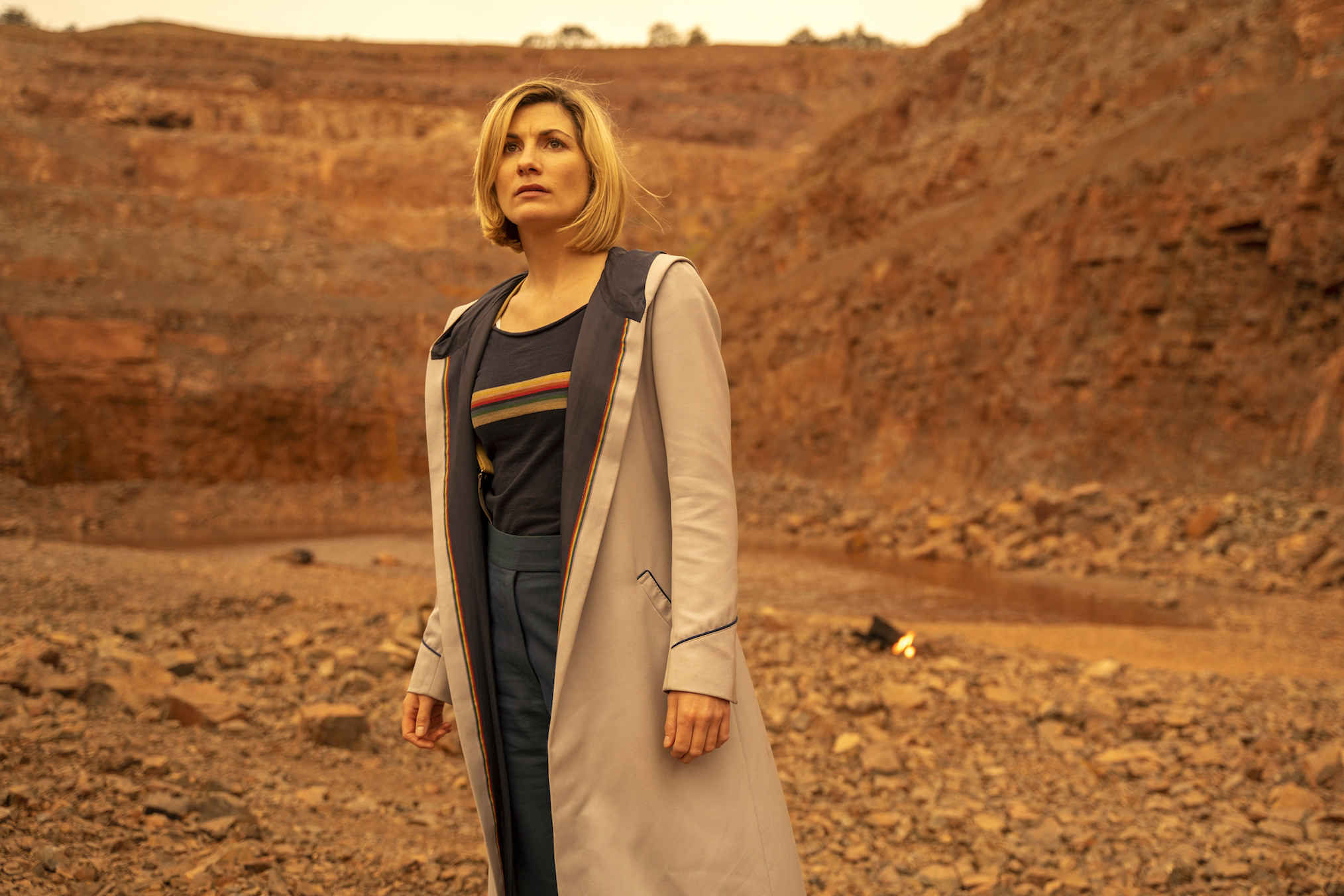 Later, when talking about the fandom—who they admit are lovely— Smith says, “There’s a lot of, ‘You’re not my favorite, but… I really love you.'” Tennant adds that he’s gotten, “You’re definitely in my Top 5,” from viewers. Who are you people, and why are you saying these hurtful things?! Luckily, the actors don’t seem to mind. “It’s a very nice show to be associated with,” Tennant says. “Because people feel fondly towards it, even if they’re not a fan of it…because it has so much history and love attached to it.”

Tennant Has a TARDIS, Smith Has Cybermen

A few weeks ago, fans spotted a classic blue police box TARDIS in Tennant’s backyard during an episode of his new series Staged. While he confirms it’s not a real one from set, but one that was built when his kids had a fascination with the show, Smith has his own series swag. “I’ve got two cybermen, can you see?” Smith asks, as he pivots the camera to show off more of his incredibly well-decorated home. “It was a parting gift, actually,” he reveals. Whittaker Wants Grace to Come Back

When asked which character they would revive for a special appearance, and given the chance to choose from the whole universe of Who, Whittaker picked someone who could make sense for the show’s current timeline: Grace (Sharon D Clarke), the beloved family member of current companions Ryan (Tosin Cole) and Graham (Bradley Walsh), who died during their battle with alien warrior Tim Shaw (Samuel Oatley).

“She’s absolutely incredible, and also the fact that she was snatched away too soon, it was really emotional,” Whittaker says. “And I feel like that’s a character that the Doctor didn’t get to spend enough time with.” 'Doctor Who' Holiday Episode With the Daleks Has Already Been Shot

There’s a Holiday Special Coming in 2020!

Alright, you might have already known that, but we’re pretty excited about the return of this seasonal tradition. Whittaker did remind us that the title of the special will be “Revolution of the Daleks,” so there’s definitely something to be said for a showdown between the Doctor and the series’ classic antagonists.

Check out the full Doctor Who panel in the video above.