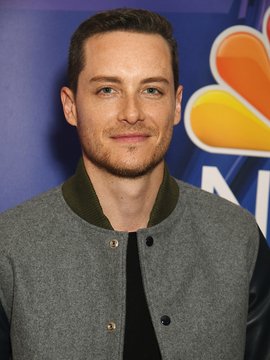 Jesse Lee Soffer (born April 23, 1984) is an American actor. His film debut at the age of eight was in Matinee. In 1995, he played the role of Bobby Brady in The Brady Bunch Movie and returned for A Very Brady Sequel a year later.Soffer was born to Stan and Jill Soffer in Connecticut and has two half sisters, Shayne and Jenna. His maternal grandfather, Peter Bruning, was the eldest son of German immigrants Auguste E Bruning and Johanna Weirs. Acting runs on the family. Peter’s brother, Roland Irving Bruning was a stunt diver on the Sea Hunt television show. Roland Irving Bruning had two children Eric James Bruning and Margaret Allison Bruning. Allison holds a theatre arts degree from Sul Ross State University and has directed several plays. She is a published author and currently serves as the executive director of the Kentucky Young Writers Connection.Jesse Soffer originated the role of Max Nickerson on the daytime soap opera Guiding Light in 1999. In 2004, he took over the role of Will Munson on As the World Turns, a role he has portrayed until April 4, 2008. As of 2008, he has earned three Emmy nominations for his role on ATWT. In July 2010, Soffer resumed the role of Will on As the World Turns. One Chicago to Return in January With Relationship Drama (VIDEO) How Much Trouble Is Halstead in on 'Chicago P.D.'?