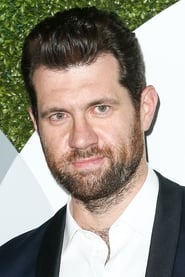 From Wikipedia, the free encyclopedia.Billy Eichner is an American comedian, actor, writer, and television personality. He is the star, executive producer and creator of Funny Or Die's Billy on the Street, a comedy game show that airs on Fuse TV. Eichner was nominated for a Daytime Emmy Award for "Outstanding Game Show Host" in 2013. TV News Roundup: 'Billy on the Street' Is Back, Zachary Quinto Returns to Horror & More 'Billy on the Street' Gets Web Series Revival Produced by Lyft Dateless on Valentine's Day? These Are Your Binge-Watching Options Hairspray Live!: On the Set of the TV Version of John Waters's Hit Musical Billy on the Street's 7 Greatest Guests (Including Elena, Of Course)