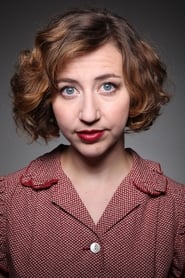 Kristen Joy Schaal (/ʃɑːl/;) is an American actress, voice actress, comedian, and writer. She is best known for her voice roles as Louise Belcher on Bob's Burgers and Mabel Pines on Gravity Falls, as well as for playing Mel on Flight of the Conchords, Hurshe Heartshe on The Heart, She Holler and Carol Pilbasian on The Last Man on Earth. She provides several voices for BoJack Horseman, most notably for the character of Sarah Lynn, for which she was nominated for a Primetime Emmy Award for Outstanding Character Voice-Over Performance. Other roles include Amanda Simmons on The Hotwives of Orlando, Hazel Wassername on 30 Rock, Victoria Best on WordGirl, Trixie in the Toy Story franchise, and Anne on Wilfred. She was an occasional commentator on The Daily Show from 2008 to 2016. She voiced Sayrna in the 2019 EA video game, Anthem. Schaal was born in Longmont, Colorado, to a Lutheran family of Dutch ancestry. She was raised on her family's cattle ranch, in a rural area near Boulder, Colorado. Her father is a construction worker and her mother is a secretary.Schaal attended Skyline High School where she graduated in 1996. She has a brother, David, who is three years older. She graduated from Northwestern University and then moved to New York in 2000 to pursue a comedy career. In 2005, she had her first break when she was included in the New York article "The Ten Funniest New Yorkers You've Never Heard Of".This page is based on a Wikipedia article written by contributors. Text is available under the CC BY-SA 4.0 license; additional terms may apply. 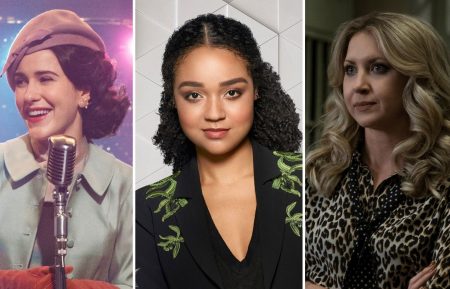 The Last Man on Earth's Season 3 Key Art is Bedazzling QUIZ: Which Bob's Burgers Character Are You? 7 Things To Know About The Gravity Falls Series Finale The Last Man on Earth Sneak Peek: Carol Reunites with the Other Phil Miller (VIDEO) Every Hidden Joke You Missed in BoJack Horseman Season 2