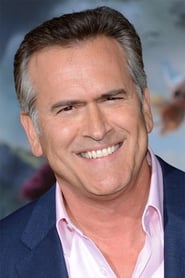 Bruce Lorne Campbell (born June 22, 1958) is an American actor, producer, writer and director. One of his best-known roles is portraying Ash Williams in Sam Raimi's Evil Dead franchise, beginning with the 1978 short film Within the Woods. He has starred in many low-budget cult films such as Crimewave, Maniac Cop, Sundown: The Vampire in Retreat, and Bubba Ho-Tep. Bruce Campbell on 'Ripley's Believe It or Not!' & Putting Ash to Rest (VIDEO) Bruce Campbell on the Extraordinary Tales Coming to 'Ripley's Believe It or Not!' Reboot Ash vs. Himself AND the Evil Dead? (VIDEO) Is Lucy Lawless MIA on Ash vs. Evil Dead? The Campy Ash vs. Evil Dead Will (Literally) Raise Hell on Halloween Ash vs. Evil Dead's Bruce Campbell and Lucy Lawless Are Having a Bloody Good Time (VIDEO)