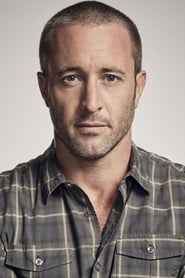 Alex O'Loughlin is an Australian actor, writer and director, who plays Lieutenant Commander Steve McGarrett on CBS' remake of the TV series Hawaii Five-0. He had starring roles in the films Oyster Farmer (2004) and The Back-up Plan (2010), as well as on such television series as Moonlight (2008) and Three Rivers (2009).O'Loughlin was born on 24 August 1976, in Canberra, Australia, of Irish and Scottish descent.His father is a physics and astronomy teacher in Sydney and his mother is a nurse.O'Loughlin suffered from obsessive-compulsive disorder when he was a child. He enrolled at the National Institute of Dramatic Art (NIDA) in Sydney in 1999 and graduated in June 2002 after completing a three-year, full-time Bachelor of Dramatic Art program.O'Loughlin began working in short films and fringe theatre as a teenager in Sydney. One of his first acting jobs was an extra in a commercial, playing a Marine. After graduating from NIDA (National Institute of Dramatic Arts), he began his career in Australian television and film productions. Some of his TV credits include roles in BlackJack: Sweet Science, Love Bytes and White Collar Blue. 'Hawaii Five-0' Series Finale: What Did You Think of McGarrett's Ending? Can McGarrett Save Danny in the 'Hawaii Five-0' Series Finale? (VIDEO) 'Hawaii Five-0' to End With Current 10th Season — Who's Back for the Finale? Will Someone Else Die in 'Hawaii Five-0' Season 9?