Hightown (Sunday, 8/7c, Starz): Monica Raymund graduates from Chicago Fire to an even scrappier, and sexually overheated, role as hard-partying Marine Fisheries agent Jackie Quiñones in a grisly, raunchy thriller set in the opioid-ravaged resort town of Provincetown, Mass. When Jackie discovers a body washed ashore, she tries to overcome her own addictions — blow, booze, sex — to help cocky Narcotics Unit sergeant Ray Abruzzo (24‘s James Badge Dale) solve the case. Unfortunately, Ray has his own issues, including getting way too close to his latest informant, a single-mom stripper (Riley Voelkel) with an intimate connection to the drug kingpin (Prison Break‘s Amaury Nolasco) who’s pulling the strings from behind bars. Yeah, it’s complicated—and trashily compelling. (See the full review.) The actress goes from saving lives on 'Chicago Fire' to playing a character trying to save her own life on the dark new crime drama.

Snowpiercer (9/8c, TNT): No series version could be as darkly propulsive as Parasite director Bong Joon Ho’s 2013 sci-fi action thriller set aboard a 10-mile-long nonstop train speeding its way through a frozen-wasteland Earth. But this guilty-pleasure genre mash-up gives it a go. Hamilton‘s Daveed Diggs stars as Andre Layton, a “tailey” (shades of Lost) — representing the lowest-class stowaways 1,000 cars back in steerage, who seven years into this voyage are plotting a violent revolution against the well-off passengers and vicious security officers from the front of the supertrain. But when Andre, who’s apparently the last surviving homicide cop left in all of humanity, is called forward by powerful head of hospitality Melanie Cavill (a chilly Jennifer Connelly) to solve a murder, the two sides may need to learn to work together — for now.

Graduate Together: America Honors the High School Class of 2020 (Saturday, 8/7c, ABC, CBS, NBC, Fox, The CW, news and other cable networks and streaming platforms): The pandemic may have scuttled traditional graduation services nationwide, but there will be plenty of pomp and circumstance in this made-for-TV ceremony, broadcast nationwide on dozens of outlets. Former President Barack Obama delivers the commencement address, with participation by celebrities (LeBron James, Megan Rapinoe, Malala Yousafzai, National Teacher of the Year Rodney Robinson, Jonas Brothers, many more) delivering inspirational messages and music. The hourlong program airs commercial-free. His son, Ben Stiller, confirmed the news on social media.

An hour earlier on Saturday (7/6c), CNN adds an hour to the celebration with Class of 2020: In This Together, focusing on the accomplishments of students and their teachers, with stories, performances and reflections by another former president, Bill Clinton, celebrities including Amy Schumer, Henry Winkler, Gal Gadot, Alex Rodriguez, Anthony Anderson and performances by Yo-Yo Ma, Bazzi and Foster the People. The beat goes on for this beloved music competition series, which will return for its 19th season overall.

The Best of Frank Costanza: In Memory of Jerry Stiller (Saturday, starts at 4 pm/3c, TBS): As long as there is a Festivus for the rest of us, we’ll never forget the great Jerry Stiller, who passed away earlier this week at 92. Capping a successful run as a character and comic actor (and club comedian alongside wife Anne Meara), Stiller found great late-career success as George Constanza’s (Jason Alexander) dyspeptic dad — and famous TV Guide Magazine collector — Frank, a role that led directly to another long run on The King of Queens. For five hours and 10 memorable episodes (including the afore-mentioned TV Guide and Festivus incidents), TBS honors Stiller’s unforgettable contributions to the pop-culture phenomenon that was Seinfeld. The TV event will share clips from a concert Swift put on in Paris later last year.

American Idol (Sunday, 8/7c, ABC): Ending a season like no other, the singing competition will crown a new Idol from long-distance, choosing among a diverse Top 7. Though it will be a quieter affair than usual, many special performances are planned, including from the judges and from guests including Cynthia Erivo (TV’s future Aretha) joining the Top 11 in a medley of Aretha Franklin standards; a “We Are the World” reprise featuring Lionel Richie and his fellow judges, plus Idol alum from the show’s heyday including Jordin Sparks, Katharine McPhee, Kellie Pickler, Philip Phillips, Lauren Alaina, Scotty McCreery and Ruben Studdard. The Idol finale is followed by another special musical event, Taylor Swift City of Lover Concert (Sunday, 10/9c), filmed last September at L’Olympia Theater in Paris before the outbreak canceled her “Lover Fest” tour. Songs from her latest hit album, “Lover,” are performed before an intimate crowd from 37 countries. Roush Review: Getting Down and Dirty in Starz's 'Hightown'

Monica Raymund is fearless as the hot-mess heroine of a grisly crime drama set in an opioid-ravaged Provincetown, Massachusetts.

Other finales on a busy Sunday include the Masterpiece-like Starz period drama Belgravia (Sunday, 8/7c), where anyone who’s ever seen a Dickens knockoff can only hope that noble hero Charles Pope (Jack Bardoe) will have his reputation restored in time to bring honor to his beloved Lady Maria (Ella Purnell) and escape the latest murderous machinations of arch-villain John Bellasis (Adam James)… All of Fox’s animated comedies sign off, including the record 31st-season finale of The Simpsons (8/7c), which explores the tragic past of family dog Santa’s Little Helper with the help of a pet psychologist (Mrs. America‘s Cate Blanchett)… The CW’s Batwoman (8/7c) and Supergirl (9/8c) reach the end of their seasons, the former not expected to return until January and Supergirl‘s return for a sixth year put off until whatever midseason will look like in 2021… PBS’s enduring Call the Midwife (8/7c, check local listings at pbs.org) ends its ninth season with the future funding of Nonnatus House in peril, while World on Fire (9/8c, check local listings at pbs.org) wraps its first year with a perilous reunion in Poland of Harry (Jonah Hauer-King) and freedom-fighter Kasia (Zofia Wichlacz)… After a very successful run, ESPN’s mega-docuseries The Last Dance presents its final chapters (Sunday, 9/8c), as Michael Jordan and the Chicago Bulls take on the Utah Jazz in June 1998, seeking a sixth championship title as a triumphant final to their last dance as a team. Inside Weekend TV: Netflix revives the topical Patriot Act with Hasan Minhaj for a seven-week run, with the first topic: “What happens if you can’t pay rent?”… Better late than never when it comes to putting on the dog. NBC devotes Sunday prime time to 2020’s Beverly Hills Dog Show (8/7c), taped in late February but postponed for post-production delays. John O’Hurley once again hosts with judge/analyst David Frei as classy canines strut their stuff… Also premiering later than originally scheduled because of breaking news: CNN Films’ documentary Scandalous: The Untold Story of the National Enquirer (Sunday, 10/9c), tracking the tabloid’s evolution from outrageous scandal rag to partisan political weapon… Cult alert in the streaming world: The Orphan Black cast reunites for a two-episode table read from the first season, streaming from the show’s official Facebook page. The event, scheduled for Sunday at 3 pm/2c, 12 pm PT, is a fundraiser in acknowledgement of Mental Health Awareness month and International Day Against Homophobia, Transphobia and Biphobia. No better time to join the Clone Club. 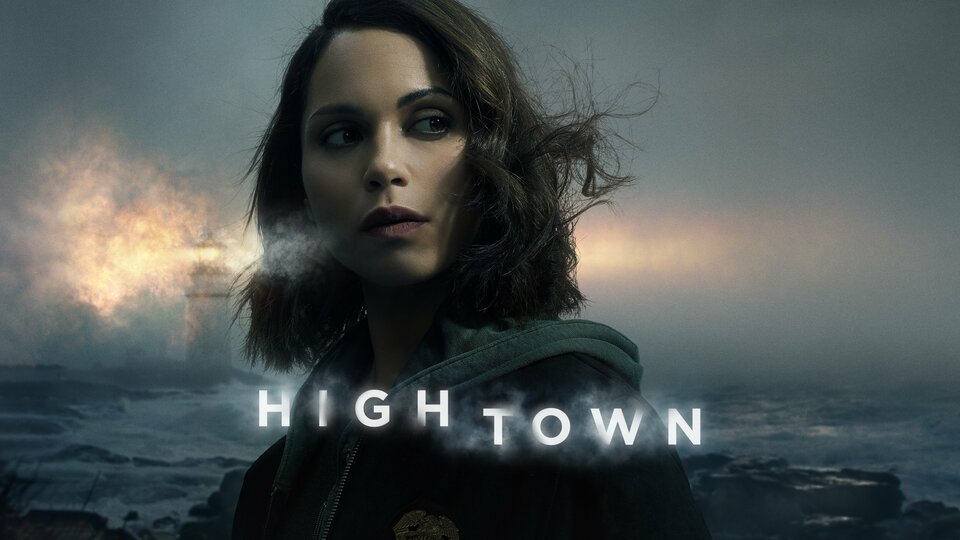 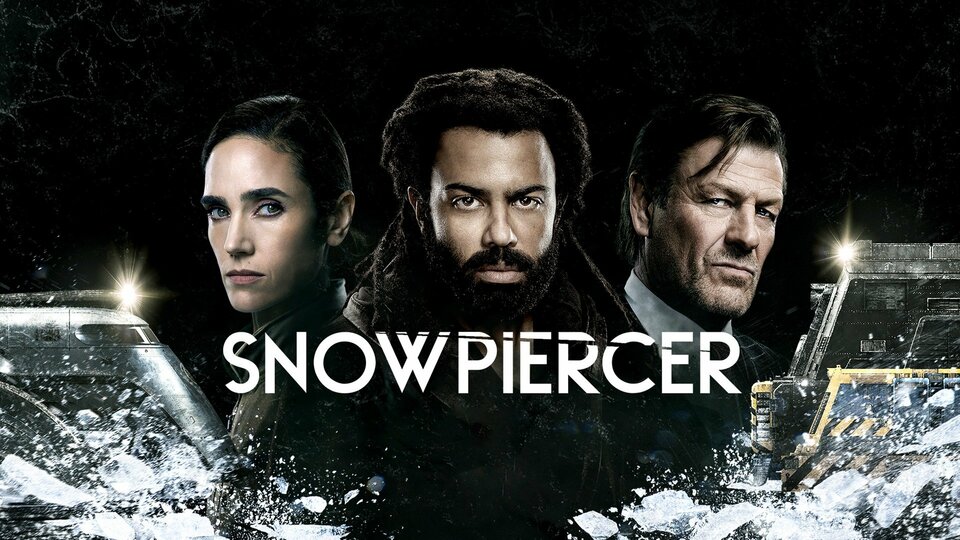