‘Belgravia’ EP Promises ‘High Stakes for Everyone’ in Epix Drama

Grand estates and elaborate costumes. Clever women and ambitious businessmen. Complex Dickensian plots spiked with withering humor. Julian Fellowes’ new six-part series, based on his bestselling 2016 novel Belgravia, has more than a few things in common with his 2011–15 hit Downton Abbey. But this time, he focuses his penetrating lens on a rapidly diversifying English society in the 1840s — and a secret that links two families.

With ripe romantic melodrama and plenty of scandalous secrets, Julian Fellowes adapts his 2016 novel set in a class-conscious Victorian society.

The saga begins with a flashback to 1815, when the only child of Peregrine and Caroline Bellasis, aka the Lord and Lady Brockenhurst (Tom Wilkinson and Harriet Walter), is killed at the Battle of Waterloo, and his love, the daughter of commoners James and Anne Trenchard (Philip Glenister and Tamsin Greig), dies giving birth to their son months later. To protect their daughter’s reputation, James and Anne have a vicar raise the boy and vow no one else will learn his identity.

That is, until 26 years later, when Anne meets noble Lady Brockenhurst in Belgravia, a posh London area where new and old money mingle, and decides to confide in her. “Anne sees a woman broken by the same grief of losing a child,” Greig says. “That’s the catalyst. Everything falls apart.” Sly Lady Brockenhurst finds the boy, now a charming young cotton trader known as Charles Pope (Jack Bardoe), and takes a public interest in him. The attention puzzles not only Charles but others — like her husband’s nephew and heir, the cunning John Bellasis (Adam James).

Unbeknownst to John, he’s also competing with this newcomer for the affections of Lady Maria Grey (Ella Purnell, top center, with Walter and Greig), who has more in common with Charles than the womanizer she is expected to marry. “She is much more attracted to Charles’ work ethic, his love of travel and his wide mind than John’s very limited view that his job is to live a life of indolence,” Fellowes says.

That's What It's All About, Alfie! EPIX Renews 'Pennyworth' for Season 2

The canon-shaking twist on Batman's employee brought boffo numbers to the cable net.

Still, the most consequential relationship is the one between Lady Brockenhurst and Anne, who, unlike her merchant-turned-developer husband, isn’t concerned with advancing their social status. “Anne’s armor is that she doesn’t care. That gives her impermeable strength,” Fellowes says. “That is the central truth of the story: If we don’t care, other people have no power over us.” 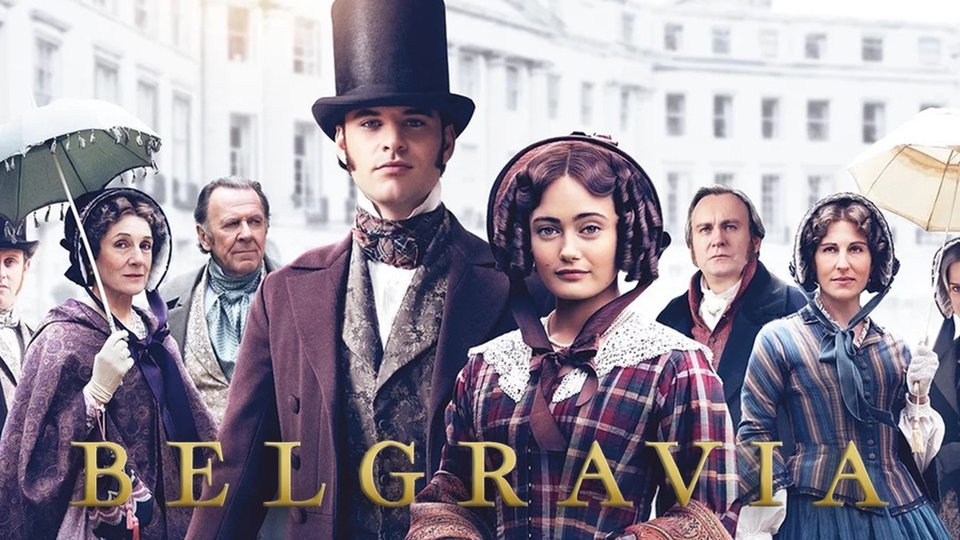