The Last Dance (Sunday, 9/8c, ESPN): With the sports world on indefinite pause because of the pandemic, ESPN has been especially affected, and since there’s only so many vintage games you can live through again, this highly anticipated 10-part documentary series (airing over five Sundays) is especially welcome. Originally scheduled for June, The Last Dance depicts the historic run of the 1990s Chicago Bulls, led by Michael Jordan. The narrative emphasizes the 1997-98 championship season, when an NBA Entertainment film crew was granted unprecedented behind-the-scenes access at a time when tensions among the celebrated team and with a front office anticipating change clouded the victories. Throughout, the series weaves biographical portraits of key players including the titan Jordan and (in the second hour) Scottie Pippen, the underpaid No. 2 who by 1997-98 declared he was ready to leave the Bulls. High human and athletic drama makes The Last Dance a must-see for sports fans. One World: Together at Home (Saturday, April 18, 8/7c, simulcast on ABC, NBC, ViacomCBS Networks and others): The “we’re all in it together” mantra defines this global all-star special, curated by Lady Gaga and hosted by the late-night triumvirate of Stephen Colbert, Jimmy Fallon and Jimmy Kimmel. One World salutes frontline healthcare workers around the world, telling their stories while dozens of celebrities, and Sesame Street characters, join the effort, including Oprah Winfrey, Ellen DeGeneres, Paul McCartney, Elton John and Stevie Wonder. (A six-hour streamed event on many major platforms precedes the special.) The show's EP teases what's to come in the new series.

Jungle Animal Rescue (Saturday, 10/9c, Nat Geo WILD): Animal lovers will be enthralled by the efforts of the vets and conservationists in India’s Wildlife SOS sanctuary to tend to wildlife in an ecosystem that also shares space with 1.3 billion people. In the opener, a malnourished and illegally owned elephant (think Tiger King with a trunk) is freed and meets another of his species for the first time. The team also deals with a cobra found in a classroom and a macaque monkey who was shot and left paralyzed. Zoey’s Extraordinary Playlist (Sunday, 9/8c, NBC): What’s gotten into Zoey (Jane Levy)? In another strong episode of the intoxicating musical dramedy, the usually circumspect coder clashes with her two closest male friends: Simon (John Clarence Stewart), who’s just broken up with his fiancée, and even Max (Skylar Astin), whose move to the sixth floor ignites a bake-off conflict with his former co-workers. It’s possible her emotional instability might have something to do with her parents’ (Peter Gallagher and Mary Steenburgen) impending anniversary, which only amplifies her dad’s failing health. (The final musical number is almost unbearably moving.) 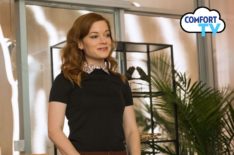 The Longest War (Sunday, 10/9c, Showtime): As Homeland nears the end of its explosive final season set in war-ravaged Afghanistan, the penultimate episode will be followed by a timely documentary, from the show’s executive producers and Emmy-winning director Greg Barker, taking a hard look at the real-life conflict. War traces the CIA’s complex history in the country from the 1980s to today, interviewing CIA officers, soldiers and their families, journalists, Afghan and U.S. government and military officials. From glamour to heartbreak, these shows have it all.

Dragnificent (Sunday, 11/10c, TLC): The Queer Eye formula becomes a drag in all the best ways in a new series that enlists RuPaul’s Drag Race fan favorites Jujubee, Bebe Zahara Benet, Alexis Michelle and Thorgy Thor to perform makeovers, both physical and emotional, on people seeking the confidence to step into the spotlight. Their mantra: “There’s a queen in all of us.” The series, which begins airing in its regular time period Monday (10/9c), opens with cheers and tears as the team gets into the ring with a lady wrestler from New Jersey, helping her become comfortable in her own skin and accept her femininity as a blushing bride. What will happen when Tina attends his tap dancing show?

Inside Weekend TV: In a special edition of OWN Spotlight: Black Women Own the Conversation (Saturday, 10/9c, OWN), OZY journalist and CEO Carlos Watson interviews Good Morning America‘s Robin Roberts, New Orleans mayor LaToya Cantrell, medical experts and activists to examine the medical and financial impact of the pandemic on the African-American community… In advance of Thursday’s second-time-around series finale of NBC’s Will & Grace, COZI TV celebrates with a daylong marathon of first-season episodes (starting Sunday at 11 am/10c), concluding at 10/9c with a broadcast of the original’s 2006 series finale, which hasn’t been seen in syndication because of the reboot’s revamped storylines… Tune in to Fox’s The Simpsons (Sunday, 8/7c) for another inspired couch-gag opening from anime graphic artist Michal Socha. Then, when the network’s “Animation Domination” lineup ends, head to caffeine.tv for the first Anidom Beyond Show (10/9c). Andy Richter hosts a new interactive after-show program featuring episode recaps and interviews with creators, writers and casts of the long-running animation lineup… As ABC’s American Idol (Sunday, 8/7c) prepares for its first live-by-remote shows next week, the second “This Is Me” special will end with Ryan Seacrest revealing whether America voted for Grace Leer or Lauren Mascitti to advance to the Top 20… Looking up at the stars more these days? Check out Science Channel’s Hubble: Thirty Years of Discovery (Sunday, 8/7c), which explores how our understanding of the universe has expanded since the Hubble Space Telescope was launched by the space shuttle Discovery 30 years ago this month.

One World: Together at Home