Not Ready to Check Out of Grand Hotel

Question: Grand Hotel‘s twisty finale left us with even more questions despite clearing up multiple lingering mysteries. I don’t think ABC would have allowed the showrunners to end the show the way it did if they had the intention of canceling it. Because if it is axed, there will be millions of angry fans. — Fred

Matt Roush: ABC knew what it was getting when it ordered this soapiest of soaps, right down to the knockoff “Who Shot J.R.”-style cliffhanger. No network puts on a show with the “intention of canceling it,” but there is always a risk with serialized dramas of this genre that it will go away without resolving a number of storylines. That’s the nature of the beast. That said, ABC hasn’t canceled it yet, but also hasn’t renewed it, so it could go either way. But the content of the series will have very little to do with the ultimate decision. With all of the developments in the first season finale, it would be a crime if this show wasn't renewed.

Question: I know in previous columns you mentioned that Grand Hotel likely won’t be renewed. I really hope ABC surprises us and renews it for next summer! The finale was the best episode of the season and left us with a major cliffhanger. I would hate to see it get canceled, especially after CBS canceled Instinct. These are the two network shows that actually kept me interested during the summer! — Felicia

Matt Roush: As I’ve noted before, it’s hard to know where the bar is set for summer original programming on the broadcast networks and what even constitutes a hit or a miss. Grand Hotel seems to have been more or less conceived as a summer series (the equivalent of a beach read) and I’d presume was budgeted accordingly. Time will tell. Funny (not in a laugh-out-loud way) that the ultimate cliffhanger is whether the show even gets picked up. Question: I would swear that the Amy Poehler/Nick Offerman show Making It was renewed after its first season aired last summer. But we’re already past Labor Day, and there’s been no sign of it on NBC. I really enjoyed the show, especially the chemistry of the hosts (which was why I initially tuned in) and the truly impressive creations the contestants came up with. Did I imagine that a second season was on its way? Or is NBC planning to air it later in the year? (Maybe during the December/January hiatus?) I really hope this didn’t turn out to be a one-and-done. — Joe

Matt Roush: No exact timetable has been set, but this most charming of competition shows (for which its hosts are nominated for an Emmy) will indeed return to NBC, currently set for a midseason launch. Honestly, this celebration of craftsmanship is too good to bury in the summer, and NBC appears to agree.

Will JAG Get a Reboot?

Question: Do you know if there is any possibility that there will be a JAG reboot after the appearances of Harm (David James Elliott) and Mac (Catherine Bell) on the NCIS: LA episodes, which includes the upcoming season premiere (Sept. 29)? I was hoping that something might come of these guest appearances. — JG

Matt Roush: Still too soon to tell, although this question has been asked by fans from the moment the stunt casting was announced. So there’s obviously interest from the fan base, and given CBS’s appetite for reviving classic titles, it’s not out of the question. If the JAG-infused season opener of NCIS: LA pops the way it’s expected to, maybe that will move the needle forward. Question: I am wondering about the new season of USA’s The Purge being aired in this climate of so much violence. I watched it last season and found it to be very violent, with the premise that for 24 hours you’re able to kill anyone and it’s approved by the government. My thoughts would be not to air it. — Harriet

Matt Roush: I doubt there will ever be a time in this society when a provocative piece of ultra-violent melodrama wouldn’t raise hackles. I would advise not airing it because the first season was so abysmal — I’ve only seen one of the films, so can’t really compare the franchises. I get that Purge on big and small screen is meant to be an allegory of sorts that taps into humanity’s capacity and thirst for violence, but it always felt exploitative to me — and I’m a fan of horror. Even if we weren’t living in a period of high anxiety over mass shootings on a regular basis, scheduling The Purge as a weekly entertainment is questionable at best and tasteless to the extreme. Plus, see how Kensi and Deeks are doing under attack in Iraq.

Question: Is Reef Break going to be canceled? Please tell me…..YES! The story lines (scripts) and characters are not to be believed. I’ve seen better performances at high school productions. I have yet to complete watching a whole show, yet keep hoping there might be improvement. — Ron

Matt Roush: This made me laugh. Usually, I get pleas from viewers begging networks not to cancel something, no matter how negligible the show. And while I appreciate there’s a need, or at least a desire, for light-fluff summer escapism, nothing the networks offered this year (with the possible exception of Instinct in its better moments) made me want to go to bat for it. Even BH90210, which fascinated me with its meta self-parody, ran out of steam, though hilariously. With Reef Break, I’m inclined to agree that it deserves a mercy killing. Unless it’s so super-cheap that ABC (which produces the show for the international marketplace) can’t afford not to air it, the low-rated show could be a goner after the season finale airs Friday. But I keep remembering this is the network that pulled the plug on The Kids Are Alright, which I’m still not over (especially when I see promos for some of ABC’s dismal returning comedies). So it’s kind of hard to care one way or the other about this one. Plus, get a sneak peek at 'This Is Us' star Sterling K. Brown on the Amazon Prime Video series and find out when it returns!

Question: I noticed that the department store used in the film The Marvelous Mrs. Maisel on Amazon Prime Video seems to be the same location setting as in the Mr. Selfridge series department store. Am I correct? — David

Matt Roush: Doubtful, considering that Mr. Selfridge was filmed (interior and exterior) in England, and Mrs. Maisel is mostly shot in and around New York, including the replica of the original B. Altman’s department store where Midge works by day. 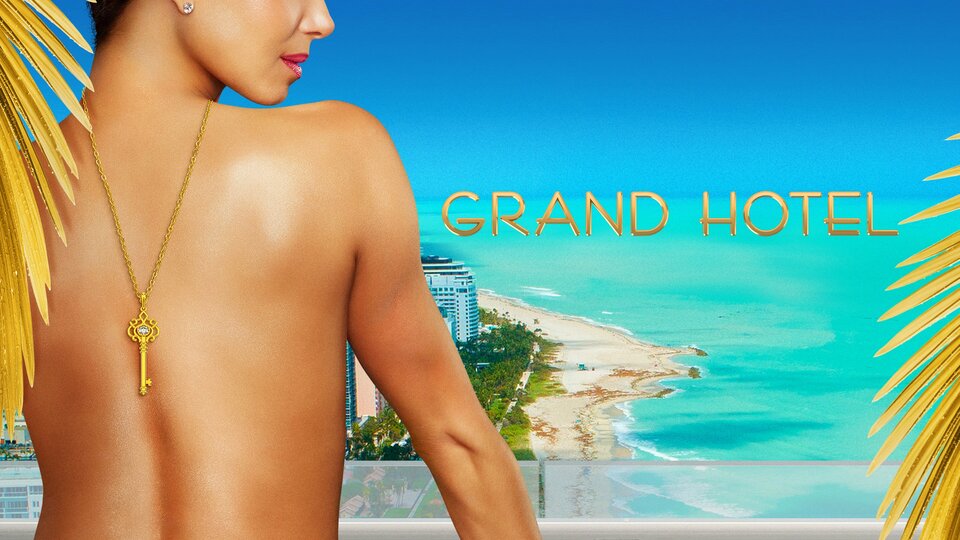 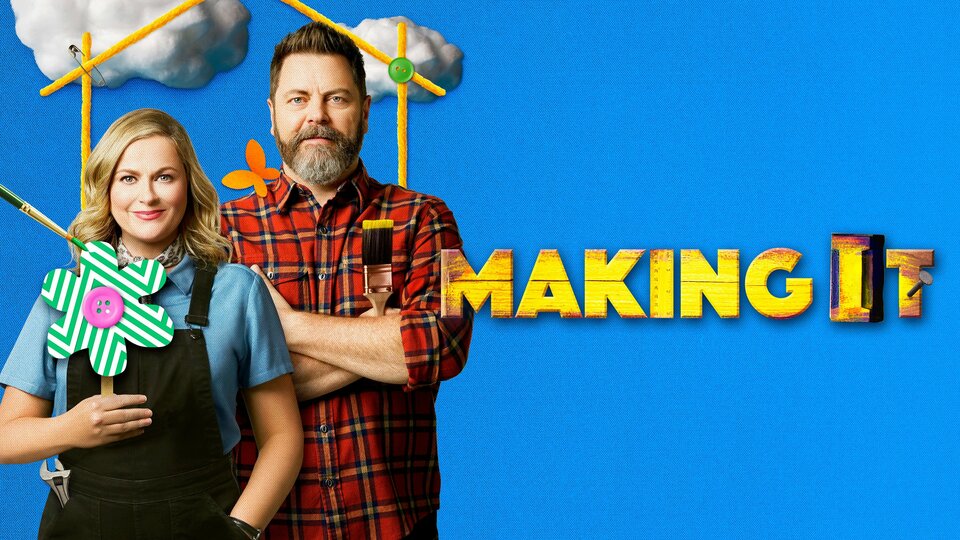 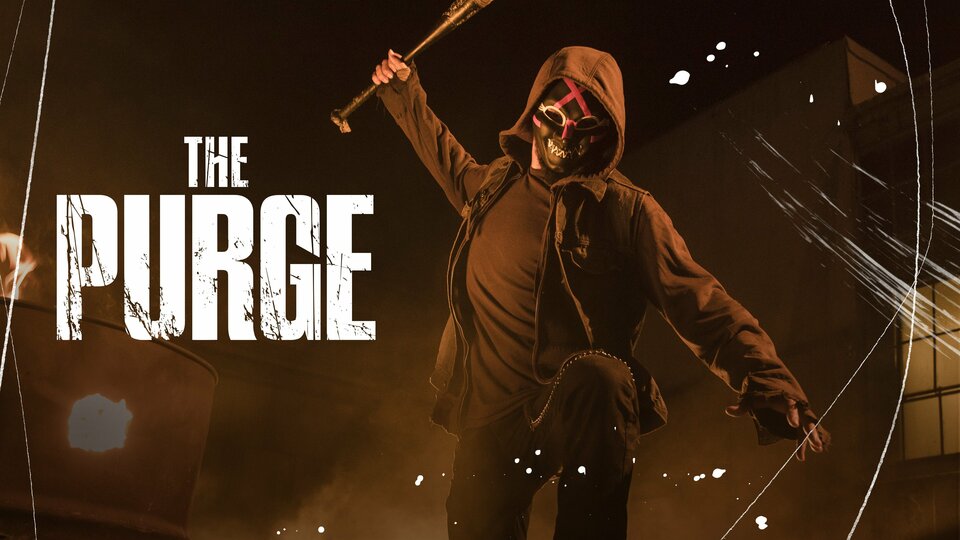 The Purge where to stream