Hulu Announces Return Dates for ‘The Handmaid’s Tale’ and ‘The Path,’ Other Midseason Titles

Fans have been waiting with bated breath for Hulu to announce its 2018 midseason programming schedule, counting down the days until Season 2 of the Emmy Award-winning series The Handmaid’s Tale. The streaming service revealed on Tuesday that Handmaid’s Season 2 will have an April 2018 release and include 13 episodes. Alexis Bledel Is Returning for 'The Handmaid's Tale' Season 2

Below are the official synopses and release dates for Hulu’s 2018 Midseason programming slate:

THE HANDMAID’S TALE
Season 2
Episode Count: 13
Premiere Date: April 2018
Cast: Elisabeth Moss, Joseph Fiennes, Yvonne Strahovski, Samira Wiley, Alexis Bledel, Ann Dowd, Max Minghella, Madeline Brewer, O-T Fagbenle and Amanda Brugel.
Crew: The Handmaid’s Tale comes to Hulu from MGM Television and is created, executive produced and written by Bruce Miller. Executive produced by Warren Littlefield, Elisabeth Moss, Daniel Wilson, Fran Sears, and Ilene Chaiken. MGM serves as the international distributor for the series.
Synopsis: The Emmy-winning drama series returns with a second season shaped by Offred’s pregnancy and her ongoing fight to free her future child from the dystopian horrors of Gilead. “Gilead is within you” is a favorite saying of Aunt Lydia. In Season Two, Offred and all our characters will fight against – or succumb to – this dark truth. The Biggest Questions We Have After 'The Handmaid's Tale' Season Finale

THE PATH
Season 3
Premiere Date: Wednesday, January 17
Episode Count: 13
Cast: Aaron Paul, Michelle Monaghan, Hugh Dancy, Kyle Allen, Emma Greenwell, and Freida Pinto.
Crew: The Path comes to Hulu from Universal Television, True Jack Productions, and is created and executive produced by Jessica Goldberg. Executive produced by Jason Katims and Michelle Lee.
Synopsis: A miracle by Eddie Lane went viral, and Meyerism has grown exponentially across the world. As the new Guardian of the Light, Eddie is forced to face the question of whether he can grow the movement without becoming a cult leader. Cal is haunted by dark demons from the past and must come face to face with them in order to defeat them. Sarah questions her faith, and in looking outside the movement for answers, she may discover one of Meyerism’s deepest secrets, and the one person who could put an end to it all! 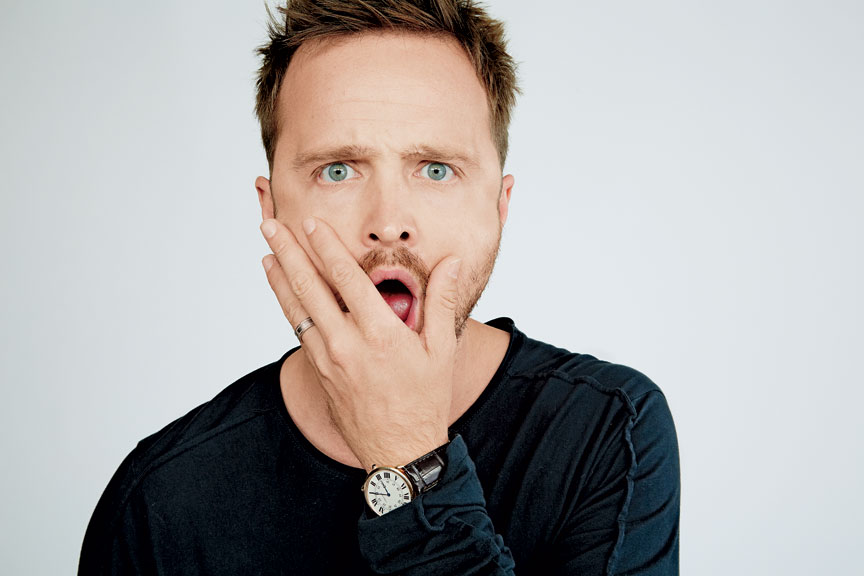 THE LOOMING TOWER
Limited Series
Episode Count: 10
Premiere Date: Wednesday, February 28
Cast: The Looming Tower stars Jeff Daniels (John O’Neill), Tahar Rahim (Ali Soufan), Wrenn Schmidt (Diane Marsh), Bill Camp (Robert Chesney), Louis Cancelmi (Vince Stuart), Virginia Kull (Kathy Shaughnessy), Ella Rae Peck (Heather), Sullivan Jones (Floyd Bennet) with Michael Stuhlbarg (Richard Clarke) and Peter Sarsgaard (Martin Schmidt).
Crew: The Looming Tower is executive produced by Dan Futterman (Showrunner), Alex Gibney, Lawrence Wright, Craig Zisk and Adam Rapp. The Looming Tower is a Legendary Television production for Hulu in the U.S.
Synopsis: Based on the Pulitzer-Prize winning book, The Looming Tower traces the rising threat of Osama Bin Laden and Al-Qaeda in the late 1990s and how the rivalry between the FBI and CIA during that time may have inadvertently set the path for the tragedy of 9/11. The series follows members of the I-49 Squad in New York and Alec Station in Washington, D.C., the counter-terrorism divisions of the FBI and CIA, respectively, as they travel the world fighting for ownership of information while seemingly working toward the same goal – trying to prevent an imminent attack on U.S. soil.

HARD SUN
Season 1
Episode Count: 6
Premiere Date: Wednesday, March 7
Cast: Agyness Deyn and Jim Sturgess.
Crew: Created and written by Neil Cross (Luther), Hard Sun is produced by Euston Films, and executive produced by Cross, and Kate Harwood.
Synopsis: Jim Sturgess and Agyness Deyn play detectives Robert Hicks and Elaine Renko, partners and enemies, who seek to enforce the law and protect their loved ones in a world that every day slips closer to a world-ending natural disaster. Hicks is a family man and a great, committed officer. He’s also profoundly corrupt. Renko is a difficult and damaged, but utterly incorruptible officer. Thus, the two cops stand on different ends of the social and moral spectrum and also seriously distrust one other – and for good reason. But they must somehow learn to work together if they’re going to survive until the end of the world. Hard Sun where to stream