[Warning: The below contains MAJOR spoilers for Season 2, Episode 3 of 90 Day Fiancé: The Other Way.]

The couples begin making arrangements to head abroad, while some still are holding onto secrets. From Jihoon’s falsities about working to Brittany’s lie about being divorced already, these cast members have a lot of explaining to do once they land. Returning couple Deavan and Jihoon are re-introduced. Last season, Deavan moved to South Korea so her newborn son could be with his father, Jihoon. Unfortunately the move didn’t quite work out due to his living situation, so she moved back to the U.S. “Deavan heart my broken,” Jihoon summarizes. With no job and no financial security for his family, he does admit he’s “not trying.” Meanwhile in Salt Lake City, Utah, Deavan is raising her daughter Drascilla and baby Taeyung on her own. She also explains that Jihoon has a slightly more complicated past: She only learned of his $15,000 debt once she arrived in Korea last year, after he was previously arrested for selling stolen phones. This time, Deavan is bringing her mom Elicia with her to Korea to help her whip Jihoon into shape. “At 30, he should already have a house…he doesn’t understand how hard it is to be a father,” Deavan’s mother says. Deavan also found an apartment in Korea on her own, something Jihoon had told her he would do but failed to execute once again. A frustrated Deavan makes a point to pack condoms to make sure she doesn’t have another surprise pregnancy.

Keep It in the Family

Yazan muses over how Brittany will fit in with Arab culture in Jordan. Her tight, revealing clothes definitely will not be accepted, he explains. Already his family doesn’t approve since Brittany is not Muslim, not Jordanian, and….not related to Yazan?!

“My family preference would have been that I choose a relative. My parents, they are related to each other,” Yazan simply says. “A lot of my family members are related.” Is there no other context for this statement? Is it only incest if you call it incest? 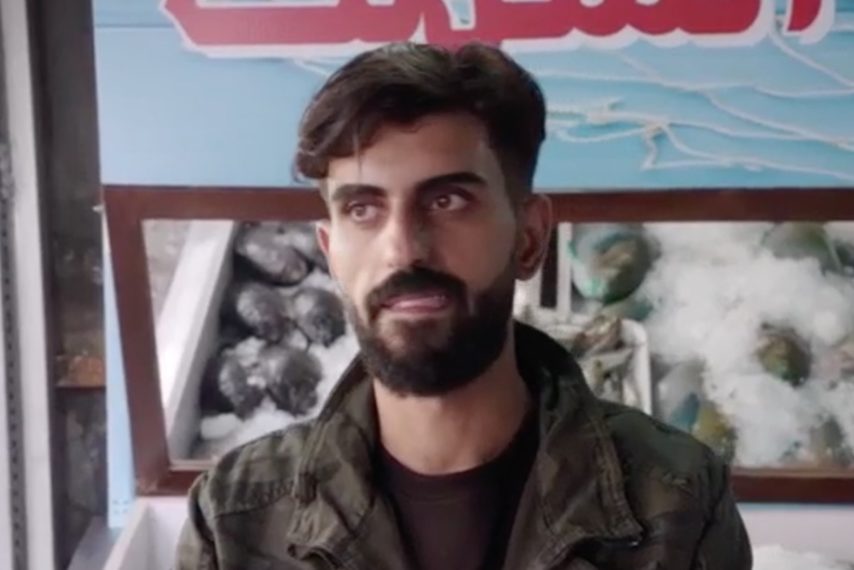 Yazan also lies and says that Brittany is willing to convert to Islam, something she previously said would never happen. Overall, Yazan is worried that his family will disown him.

Ariela attends a family dinner that’s part send-off and part interrogation. Her siblings ask about Biniyam’s previous relationship; apparently Biniyam was married to an American woman before, and they also had a son together. “Our stories bear some similarities. She also got pregnant early on in their relationship,” Ariela admits. Biniyam and his ex-wife are not on speaking terms, and he hasn’t seen his two-year-old son since. Her family is skeptical about Biniyam’s intentions. Also the religious differences between Ariela and Biniyam pose a different strain. Ariela is Jewish and wants her son to be circumcised; Biniyam is an Ethiopian Orthodox Christian. “The baby is going to grow up the way I did,” she states.

“Couldn’t you have found a nice Jewish boy from Brooklyn?” her father jokes. Age Is Just a Number

Sumit and his brother set up the new apartment for Jenny’s arrival. His brother explains that their parents are mostly against “the age factor,” or the age difference between Sumit and Jenny.

“The number is double your age,” Sumit’s brother tells him. Jenny is older than their mother, and apparently this is their biggest issue with Sumit marrying Jenny. Their union will “shame” the family, according to his brother. Sumit, on the verge of tears, says his family let him suffer for two years with his arranged marriage. “Jenny stood up for me,” he cries. “I’m happy. I want [my parents] to be happy because I’m happy.”

Kenneth finally tells his family the truth about Armando. Kenneth’s kids previously believed that Armando was in his late 30s; in reality he is actually newly 31 years old. “My son is dating someone the same age,” Kenneth jokes. Kenneth also tells his family he plans to propose to Armando. “Um, how long have you known him?” his son Bricen asks. His children are worried about how well Kenneth knows Armando and how Armando’s family will accept Kenneth.

“I don’t know how they’ll accept me, accept us together. It’s very scary for me actually,” Kenneth admits. “Even though I feel very confident in our relationship, it is a big risk.”

Deavan FaceTimes Jihoon to get some clarity before her flight. “Mine and Jihoon’s agreement was that if I moved to Korea, I could be a stay-at-home mom. I built an amazing life here and giving that up to move to Korea really sucks, especially if Jihoon doesn’t follow up on what he promised,” she explains.

The rental apartment Deavan found remotely is just for a month. She hopes Jihoon will find them a permanent home. “So far I’ve been the one supporting us financially,” she tells him. “It’s your turn to take on that responsibility so I can stay home and take care of the kids.” “Don’t worry, I got a new job,” Jihoon responds. He just says the new job is “tile” and he doesn’t know how much it pays. The lies just keep coming from Jihoon, and he starts listing numbers, guessing his own salary.

“I really want to make sure my kids have a good life,” Deavan stresses. “I need you to be the man you promised and work hard.”

“We will be fine. You just trust me,” Jihoon assures.

No Papers, No Problem

It’s the day of Jenny’s flight, and she says farewell to her daughters. They ask Jenny if she has seen the divorce paperwork yet. Jenny hasn’t but is “willing to take the chance.”

“Well I again hope for your sake, Mom, you’re right,” her daughter Christina sighs. Christina and her wife Jen take Jenny to the airport to say their final goodbyes. “I don’t know when I’ll see my family again. It makes me sad, but Sumit is worth it,” Jenny says. “This is my last chance at happiness.”

A Shot at Love

In Palm Beach, Florida, Brittany also prepares to leave. She describes the situation as “crazy” since she’s technically still married but is excited to finally be with Yazan. Brittany comically takes a shot of wine to emphasize just how wild and crazy it all is. Her father drives her to the airport. He asks for an update on her divorce. “It’s enough stress to get married when you don’t have all of these different cultures, different country, different religion, multi-racial. The thing I’m worried about though is your safety,” he tells her. “Be brave, tell the truth.” 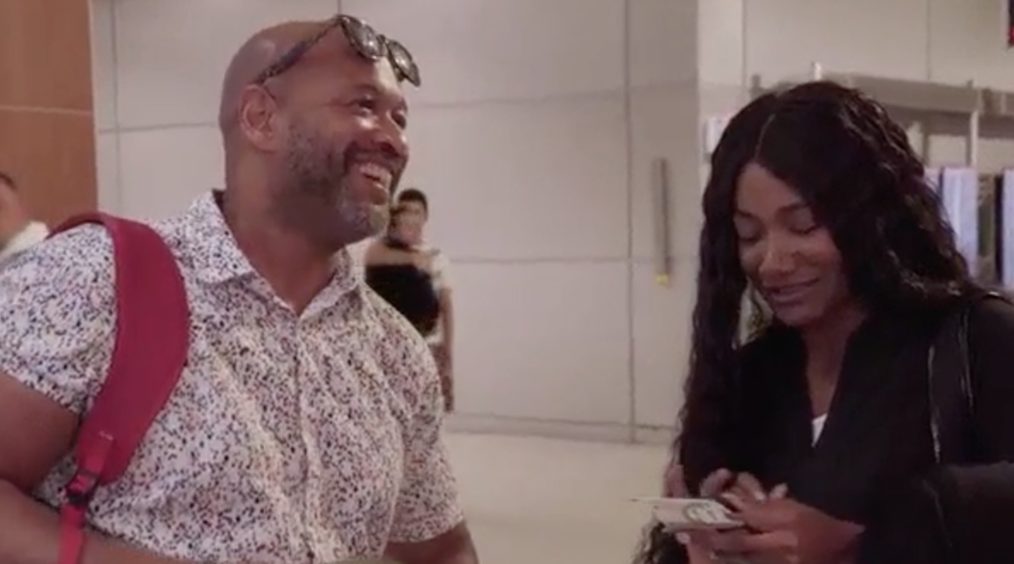 They hug, and Brittany takes off for adventure in Jordan.

Jenny arrives in India, where Sumit promises “no more lying.” Armando opens up to his family about his relationship with Kenneth, and Deavan flies to South Korea. Jihoon admits to his friends he doesn’t have a job and lied over FaceTime to Deavan. Ariela has second thoughts about moving to Ethiopia, plus Brittany and Yazan apparently get in a huge argument while at the airport.