Spoiler alert: Do not read this post unless you’ve watched the Person of Interest episode “The Day the World Went Away.”

Person of Interest‘s milestone 100th episode paved the way for the show’s final arc—and took out a few key characters in the process.

When Finch’s (Michael Emerson) number came up, Team Machine was faced with two big issues: trying to protect Harold, and figuring out if Shaw’s (Sarah Shahi) recent return had put them in danger.

Ultimately, Finch realized he had put himself in jeopardy: by returning to the coffee house where he took Grace (Carrie Preston) on their first date—and with Samaritan able to access past surveillance feeds—he blew his own cover.

The mistake proved costly. Though Elias (Enrico Colantoni) attempted to protect Finch, the mob boss was killed (this time for good, via a shot to the head) by a Samaritan operative.

Root (Amy Acker) and Shaw were able to intercept Finch’s kidnappers, and when the team split up, Root fought them off to the best of her capabilities while driving Harold away. The duo debated the Machine’s limitations—imposed by Finch—and Root acknowledged that the creation was watching over them all…even those who had died. She also pointed out that she knew this was difficult, but he’d know what to do when the time was right.

Ultimately, Samaritan was able to get the upper hand, thanks to semi-reluctant operative, Blackwell (Josh Close), ambushing their car with a sniper rifle. Root was able to stop him from taking out Finch—but she sacrificed herself in the process.

The loss proved to be the final straw for Finch—while in police custody—who lamented to a confused officer that he had to make choice: whether to let his friends die, hope die, let the world suffer, all because he played by his rules…or give the Machine the ability to do what was necessary to beat Samaritan.

The Machine also made an important decision of its own, as it took on Root’s voice in her evolution. When he asked the Machine if she could get him out, her answer was simple: “You created me; I can do anything you want me to.”

Though Reese (Jim Caviezel) and Shaw were prepped to try and break out Finch themselves, he had made his choice: the Machine freed her creator herself by causing mayhem at the precinct. Reese realized the horrifying truth about why Finch’s number came up—the Machine was warning the team about what Finch might do.

With the Machine now unbound, the Team Machine world is drastically changed. Person of Interest executive producers Jonathan Nolan and Greg Plageman spoke with us about Finch’s new mindset, saying goodbye to Root as viewers know her, and what’s to come. [And read our chat with with Acker here.]

How does this decision—and these losses—change Finch going forward?
Jonathan Nolan: We’ve long wanted to see what happens if Finch finally gets off the sidelines and says, “F— it.” We see a little bit of the guy that we’ve met in flashbacks, but haven’t engaged with since. What happens when someone that smart and capable decides enough is enough? I think the impact of what happens in “The Day the World Went Away” is Finch has had this moral philosophy, and it’s not that he abandons it—it’s not like we’re saying Finch’s philosophy all these years was wrong, it’s just that it’s challenged.

One of the most exciting things about working on this show over the years, and working with actors as talented as Michael and the rest of the cast…Michael in particular who has shouldered so much of the storytelling; so much exposition, and so much fun stuff we’ve done with Michael over the years. The one thing we haven’t really challenged or we haven’t seen is for his ethos to be challenged to such a degree that it prompts a change in the way he’s going to engage with this conflict. To see him get off the sidelines and plow in is something we’re very, very excited about.

I wish we had ten more episodes to play with this story. We have three really, really good ones. One of the best of them, directed by my friend Greg Plageman. Seeing Finch kind of take arms against seemingly f—ing insurmountable odds is great fun.

What led to the decision for Root to die, and for her voice to be adopted by the Machine?
Greg Plageman: It was something Jonah and I talked about a long time ago. Root sort of being the Machine’s primary acolyte; its biggest cheerleader. It kind of just made sense. We had never chosen to have a voice for the Machine before, but I thought it was well set up that now was the time, and if there was one person it would choose, it would be Root. Also, it gives us the added bonus of keeping the added specter of Amy Acker on our show. [Laughs.]
Nolan: That was the deal: sure, we can kill off Amy’s character, as long as we get to keep working with Amy. We had this question—someone asked us at Comic-Con three [panels] ago if the Machine would ever get a voice. And I think what we said was, “You’re not going to like it.” We had, at that point, figured out this is where [we were going]. We had begun to write the Season 3 opening arc for Root, where she is in the loony bin, and having this active argument with the Machine. We had already established firmly in the second episode and a couple of beautiful episodes in the beginning of the season that Root has this very special connection to the Machine. She’s been looking for this thing. For Finch, obviously there is a deep connection there; it’s a paternal relationship. But Finch was building something to solve a problem. Root has been hungering and looking for this kind of solace, for this entity, since she was a kid. Looking at the world, as she says memorably, as bad code. And looking for something beyond good and evil; something beyond humanity she can take solace in.

The journey for Root, it’s kind of amazing to me that all of the fans—and I think some of them have—haven’t figured out where this is going. From the first appearance of this character, to every appearance [since], in an effort to grow ever closer to the Machine, she’s had the most faith in it. And obviously the Machine has been affectionate to all of our Team Machine. But it has the richest relationship, in a way, with Root, who from the beginning has been accusing Finch of bottling it up. And her revelation in this episode that for the Machine to understand them and predict [things], it has to not only know them, but very literally create them inside itself; know them on such an intimate level they essentially exist inside it. It gave us this great dramatic opportunity to say if the Machine is choosing an avatar, which it’s done with Root since the third season—she’s been the analog interface for the Machine—to take that extra leap into adopting some of her mannerisms, voice, personality. There’s no better fit. It felt like the perfect—and I know the fans will be very sorry to see her go, as were we—ultimate evolution of the character: she gets f—ing uploaded into the Machine and becomes the Machine. Which is kind of the perfect not even end to the character, but the new beginning for that character. It’s what she would have always wanted.

Going back to that season premiere ominous opening sequence, is that Root or the Machine speaking?
Nolan: You’ll have to watch the finale, my friend.

The other fatality in the episode was Elias, who was only recently brought back from the dead. What led to the decision to take him out now, and how essential was it that you show him shot in the head so he couldn’t be revived again?
Plageman: [Laughs.] We didn’t do it that many times!
Nolan: That’s why you add in the shot with the glazed eyes, because you have to know [he’s really dead]!
Plageman: We thought it would be really fun, really juicy, this idea in Elias’ return, he understands now the entity that they’re all up against. He serves fantastic foreshadowing when he tells Bruce there’s no crime syndicate or boss that’s going to be able to operate with impunity as long as Samaritan is around. It’s worlds colliding here: the municipal crime world, and the understanding there’s an invisible hand that’s controlling things now.

How is Shaw handling the aftermath of Root’s death?
Plageman: With violence.
Nolan: I think what’s fun with Shaw—and it will be interesting to see what people make of it—is the whole point of Shaw is that she’s not capable of having the emotions that people would find so cathartic in a moment like that. Anger, yes, but the whole point of that character is she ain’t like us. She doesn’t handle loss in the same way that we might. Her reaction is really a lack of reaction. It’s hard to write, because you kind of want to write the tearful, cathartic kind of thing. But that isn’t Shaw. As hard as it was to write, and as hard as it was for Sarah to act, [her reaction] is there at the end of Episode 10 when she gets the news—the tiny little head nod from Reese; she’s not going to react in the way you want her to. It’s not about catharsis, an expressive, explosive emotion. She doesn’t have those feelings. It’s that lack of feeling that, for me, was the most tragic thing about that. This is not a person who is equipped to deal with this kind of loss.

Related: Shaw and Root reunite on Person of Interest

Now that Fusco (Kevin Chapman) knows about the Machine and what’s going on, how will he be dealing with the aftermath of Episode 100?
Plageman: I think Fusco, in being enlightened and understanding what they’re all up against, is co-opted into the group, in Team Machine, in a closer way; I think he now understands the scope of it. Obviously, he had a bit of…I wouldn’t categorize it as a contentious relationship with Root, but we understand now how much feelings he had for her.

The Reese and Finch partnership has been so central to the series thus far. Now that Finch has taken this turn, what does this mean for that pivotal relationship?
Nolan: I think it’s the end of the partnership for now. And possibly for good. 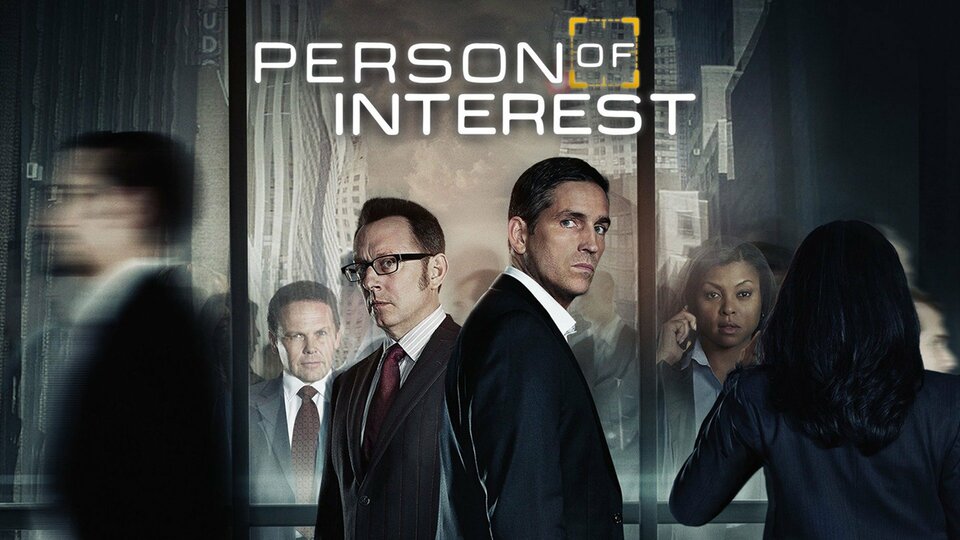