Matt Roush on the 2018 Emmy Nominations — What Did & Didn’t Surprise?

Too much TV, too few slots for so many shows and stars hoping for Emmy attention.

While the competition is only going to get worse as the amount of content escalates, somehow new contenders did break through in this year’s nominations. (Results will be announced September 17 on NBC.) Some first impressions:

Watch the scenes that could win them gold.

With Veep out of the running, Amazon’s The Marvelous Mrs. Maisel (14 nominations), HBO’s Barry (13) and Netflix’s GLOW (10) bring new vigor to the category, which for the first time shut out former champ Modern Family. (ABC’s black-ish is the sole broadcast nominee.) Donald Glover’s boldly experimental Atlanta, with 16 nods, is the presumed front-runner.

Breaking through in acting categories: Insecure’s Issa Rae, The Good Place’s Ted Danson and, along with Bill Hader, Barry’s Henry Winkler. Biggest snub: the Will & Grace revival, with only Megan Mullally singled out from the ensemble. As expected, Game of Thrones (the most nominated show, with 22) and The Handmaid’s Tale (20) dominate the field, with Westworld also claiming 21 nods, leaving little room for others. The Americans scored in four major categories (actor, actress, series, writing) for its final season.

This Is Us is the only broadcast drama in the mix, and Freddie Highmore, the star of ABC’s hit new drama The Good Doctor, was ignored. 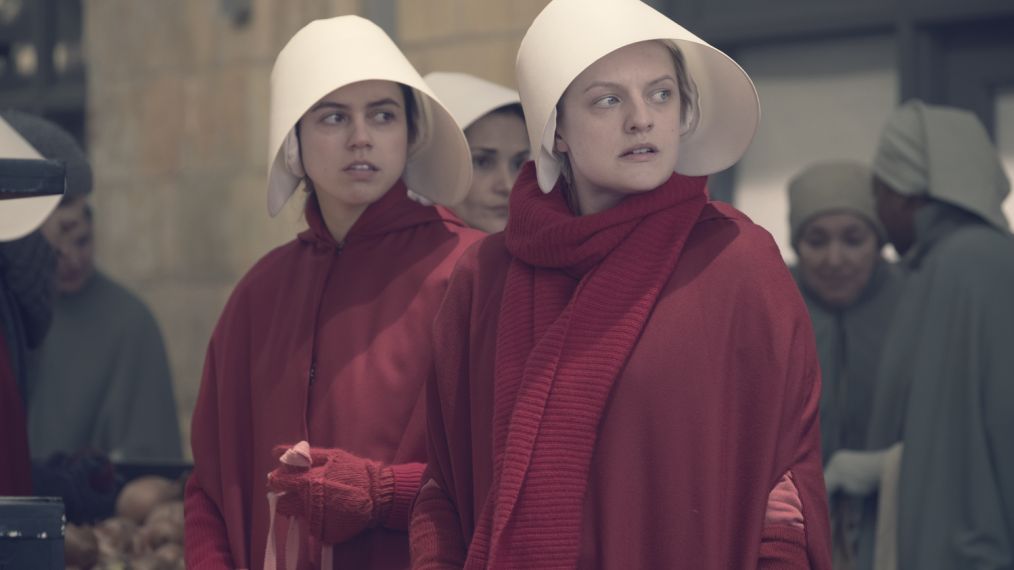 Kudos to Jeff Daniels, who scored a twofer: as lead actor for the hero of The Looming Tower, and in the supporting category as a Western villain in Godless. With 18 nominations, The Assassination of Gianni Versace: American Crime Story leads the limited-series pack, while Black Mirror’s USS Callister (seven) is favored for movie.

Netflix tops HBO; is there an Emmy backlash against reboots; and more!

In this hotly contested category, The Daily Show With Trevor Noah made the cut for the first time since Jon Stewart’s departure. Left out: Jimmy Fallon’s Tonight, Seth Meyers’s Late Night and Bill Maher’s Real Time.