Search Party‘s fourth season is just days away from arriving on HBO Max and the streamer is providing a fresh look at what’s to come in a new teaser. With the tables turned, Dory turns into the missing as her real friends — Drew (John Reynolds), Portia (Meredith Hagner), and Elliott (John Early) — become the search party looking for her. While Season 1 followed the quartet on their search for Chantal (Clare McNulty), this time around it will be a race around the clock as Dory’s pals attempt to save her before it’s too late.

In the new trailer, viewers get a glimpse at Dory’s life in captivity as she slowly goes mad under Chip’s watchful eye. Meanwhile, Drew, Elliott, and Portia continue to deal with the effects of Season 3’s murder trial which put Dory and Drew in the spotlight for private investigator Keith Powell’s (Ron Livingston) murder — he was killed accidentally by the duo in Season 1. 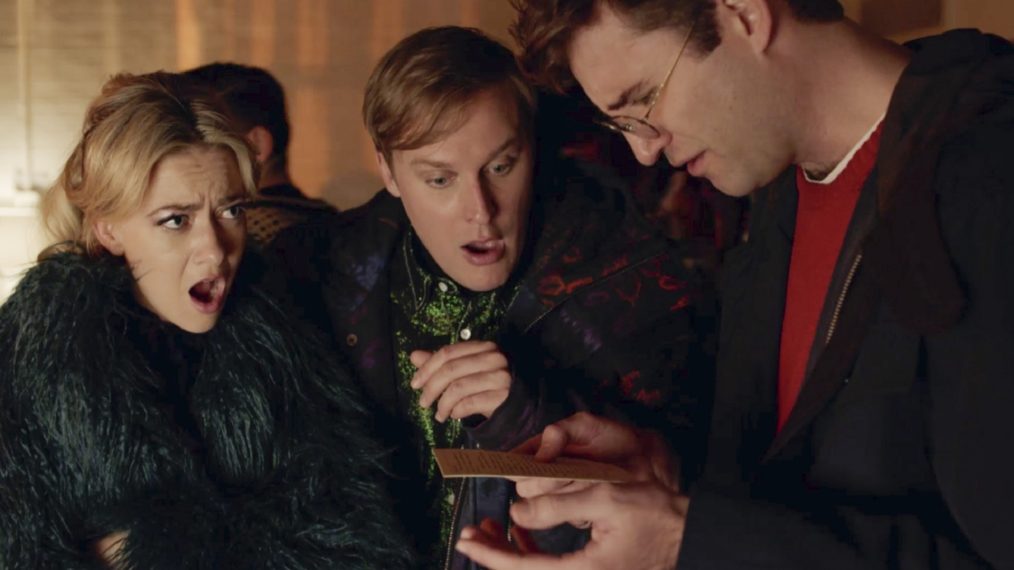 As the friends attempt to rebuild their lives, will they be able to put their feelings aside and find Dory before she loses her self? Plus, get a sneak peek at guest stars like Susan Sarandon, and more. Don’t miss the hilarious drama unfold when Search Party‘s fourth season begins streaming this January.