‘The Flash’ Season 7: Details on Iris’ Return From the Mirrorverse & Godspeed

DC FanDome featured a treat for Flash fans: a panel on both days of the virtual takeover. The August 22 event featured a shorter one and the debut of the Season 7 trailer, while the September 12 session was much longer and teased more about what to expect when the CW superhero drama returns in 2021.

When will Team Flash and her husband Barry Allen (Grant Gustin) free Iris West-Allen (Candice Patton) from the Mirrorverse? What will happen when they do? What about a certain speedster who’s waiting in the wings? Series stars Gustin, Patton, Danielle Panabaker(Caitlin Snow/Frost), Carlos Valdes (Cisco Ramon/Vibe), Danielle Nicolet (Cecile Horton), Kayla Compton (Allegra Garcia), and Brandon McKnight (Chester P. Runk) and showrunner Eric Wallace teased all that and more during the panel. Read on for the scoop.

Iris Will Be Home — Soon!

The trailer — which is comprised of footage shot before production shut down on what would’ve been Episode 20 of Season 6 and will now be the premiere — shows a lot of Iris in the Mirrorverse, and another version of herself is certainly trying to get into her head. “I believe she will come out very soon when we pick up Season 7,” Patton teases. “It’ll be very interesting to see how she’s been affected being stuck in this maddening world with this supervillain. Obviously Team Flash and Barry were working to get her. It took a while. I don’t know if there’s some resentment there or what’s going on or if there’s even some residual mental effect of being in that mirror world and seeing things backwards and how that affects her.” (We already began to see the effects of the Mirrorverse on Iris at the end of Season 6, which culminated in her disappearing to somewhere unknown.)

But there’s good news for WestAllen fans. With Iris returning home “shortly after we return with Season 7,” Gustin previews, “regardless of what exactly that is going to entail, we’re going to see them together a lot more next year than we did last year.” And Patton promises, “they will find their way back to each other eventually.”

Iris’ life back home also consists of her work as a journalist and leading Team Citizen. “You’ll see much more of Team Citizen investigating a very specific thing I can’t talk about right now,” Wallace previews. “They’ve got a lot of fallout because the leader of Team Citizen is in the Mirrorverse, so what’s been going on with Team Citizen while she’s been gone? I think they need to start there.”

As for the Season 7 Big Bads, Wallace teases, “there was a certain speedster who wore a white costume whose clones kept showing up and Team Flash had to deal with that, but we never caught the real guy or girl. We might find out that mystery this season.”

Bringing in that villain allows them to “expand the audience,” welcoming new, younger fans who are reading the comics now to the show. Plus, the showrunner continues, “Godspeed, unlike, say, Reverse Flash has no emotional connection supposedly to the Flash, so the question is, why is Godspeed angry at The Flash?”

Expect to see a change in the way the show uses the character of Harrison Wells (Tom Cavanagh). After all, after Crisis, there’s only one, Nash, but he has the others in his head. “You’re not going to see it coming,” Wallace promises, and “you’re going to find out real fast” what it’s like for him to have all those versions in his head. 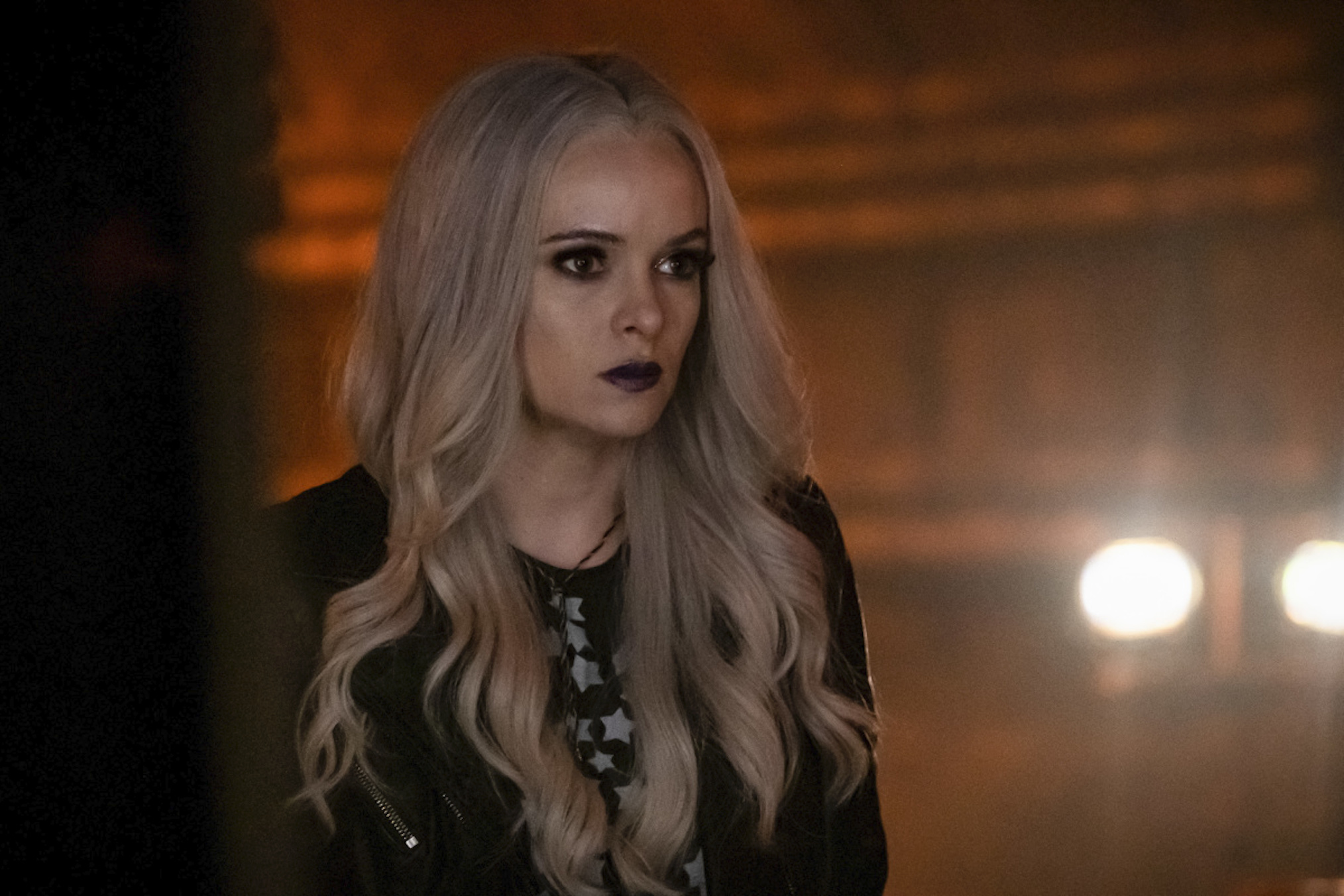 Get ready to see a new side of Panabaker’s frosty character. “It sounds like Killer Frost is going to go on a date soon, and I’m really excited to see that,” she says. “Do we think she has the best table manners? Probably not.”

And we’ll see a different side of Cecile’s abilities. “[Her] powers up until this point have been passive. Going forward, we’re going to see them evolving into something that’s more active,” according to Nicolet. “We’re going to find Cecile exploring that and maybe struggling with a little bit and finding her way with it. And possibly getting herself into some trouble in the meantime.”

With the questions raised in the real world about policing and two characters on the show with the CCPD, that will be addressed. “The world right now is on fire. We have to look at what’s around us,” Wallace says. “It definitely informs specifically Joe’s story this season, but in a good way and in a positive way because we need to be socially responsible as artists. … You’ll notice some changes, definitely.”

How 'The Flash' Is Writing Out Ralph in Season 7 — Plus, Will Sue Return?

A plan is already also in place for the character's eventual return.

Finally, for those who want to see the Flash in his iconic gold boots, Gustin is on your side. “If it were up to me, it would’ve been two seasons ago,” the star says. But it sounds like they may be coming … at some point. “When’s the right time to unleash them?” Wallace asks. “I think a story is the best way to unleash them. I’m determined to get you your gold boots, Grant, I promise, I just can’t say when. But it will happen.”