Life is complicated for Michael Guerin (Michael Vlamis) on Roswell, New Mexico in Season 2. Not only is he slowly learning more and more about his mother, Nora (Kayla Ewell), but his personal relationships are also more than a bit of a mess.

After the latest episode, “Good Mother,” Michael’s investigation regarding his mother leads him and Alex (Tyler Blackburn) to a farm, where they meet a historian, Forrest (guest star Christian Antidormi). Meanwhile, Maria (Heather Hemmens) just found out the truth about her friends — from her formerly dead friend Rosa (Amber Midthunder).

Here, Vlamis previews Monday’s “What If God Was One of Us?” and breaks down the current states of Michael’s relationships with Alex and Maria.

In Episode 3, Michael spoke about going from “tortured lust” to “sup bro” to Alex. What are we going to see from that relationship as they look for answers about Nora?

Michael Vlamis: The big thing is still obviously this is a fresh break from where they were at the end of Season 1. There’s still a lot of sexual tension, which is always fun and interesting to play, but at the same time, they’re both really trying to make this friendship work because they do think that is healthier for them. The one thing holding them together right now, the glue, is this search for his mother, what happened to Nora during the year she was around.

But this episode in particular is very fun because a new guy, Forrest, played by Christian, one of my buddies, gets introduced — and I don’t know how they cut it, I don’t know how much of the jealous looks they included — but I will say, on set it was very fun to play this idea or this feeling of jealousy, whether I want to be with Alex right now or not. To have another person come and play and who’s even an option? Guerin does not like whatsoever. That was a new thing that Guerin got to experience, that jealousy when it comes to Alex because otherwise it was just him before that. Speaking of that new character, what is Michael hoping to find with this specific part of his investigation that takes them to the farm, and can Forrest be trusted?

Michael Guerin doesn’t think he can be trusted, especially because the guy’s so different. For where he’s working and where he’s based, things don’t really add up. It’s like, okay, why didn’t this guy ever get out of town? What is he doing here? Guerin is a little skeptical of this guy, but at the same time, this is someone who seems to be able to provide us with answers. Whether I believe them or not, they might lead to something else.

[Michael] knows now his mom was around for a year in town before going to Caulfield. Well, a year is a long time. Who knew her? Who met her? Did she tell anyone else about her situation? Those are all people that, if I can figure out, I can get to them, and I can learn more about my mother, which will give me a more piece of who I am, as a person, as this alien on another planet. Instead of feeling so deserted, I can maybe know she fought for us or she didn’t abandon me, and knowing my roots and making Michael Guerin as a character a little bit more grounded. I don’t think he’s ever felt comfortable in his own skin, from not being selected in the adoption home to the foster parents who beat him to having to keep this secret his whole life.

He’s a pretty open guy, and over time, he’s been beat down. Every time something’s going good for him, it seems to go bad, and he just wants to find a place where he can know that he was loved, he was cared for, and is there anyone else who knows his mom who can build his sense of community?

It’s been a few episodes, and Max’s fate is still in limbo. It seems to be up to Liz and Kyle right now, so how’s Michael feeling about that?

He, at first, had no hope whatsoever and then Liz really driving the ship with this and recruiting me to figure out this alien nanotech that could work with the heart that she’s building, gave him a little more hope. But he’s the kind of guy that hates hope because hope always lets him down. He has that whole spiel in the bunker with Max in Season 1 where he’s telling him hope is a dangerous thing. And he really believes that and he really feels that, and no matter how much hope he wants to have, he’s constantly reminded of the trauma that he’s experienced in his life. When it comes to Liz and Kyle, they’re the best hands that Max’s life could be in, and he knows that, whether he wants to admit it or not or he wants to be a dick when they’re working and everyone else is working so hard and he’s just using his mind to move machinery while he’s sipping on acetone because he’s almost given up. A part of him does think that this could work, but that also gets complicated over the next few episodes because it’s a roller coaster of what works and what doesn’t work. He trusts them. He wants it to work out. But I don’t think he thinks it’s going to.

Maria now knows the truth. How is that going to affect her and Michael’s relationship?

She’s pissed. You saw that, which, rightfully so. It definitely creates a wedge between the two, how can it not? She’s going to feel lied to, even though it’s one of those situations where a significant other, a loved one says, “You lied to me,” and it’s like, “Well, it never came up. How is that going to come up? Should I have even told you?”

Find out when 'Masters of Illusion' and 'Penn & Teller: Fool Us' are back.

But deep down, he wanted to tell her. He had that whole spiel in Season 1 with Isobel about how he thought it was time to tell the truth to the ones they love. It’s been on his mind for a long time, and he was ready to tell her. I think he was going in the Wild Pony to tell her that day when he saw that she had discovered Rosa. The timing was really bad for him, and once again, something doesn’t work out for him when he’s trying to make it work.

But this is Maria’s best friend circle. This is her romantic partner right now, all the people she grew up with — you can only avoid those people so much in a small town, especially when you have this much chemistry and history with a group of friends.

She just needs time to recover, and she needs to figure out what’s going on with her mom, so she’s going to be focused figuring that out. Was her mom taken? Where did she go during that time? What was she doing for the time she was gone? And then I’m very focused on my journey with my mother, so luckily the characters, even while missing each other, they have things to do and that’s healthy for the relationship and it will be able to hopefully bring them back together. 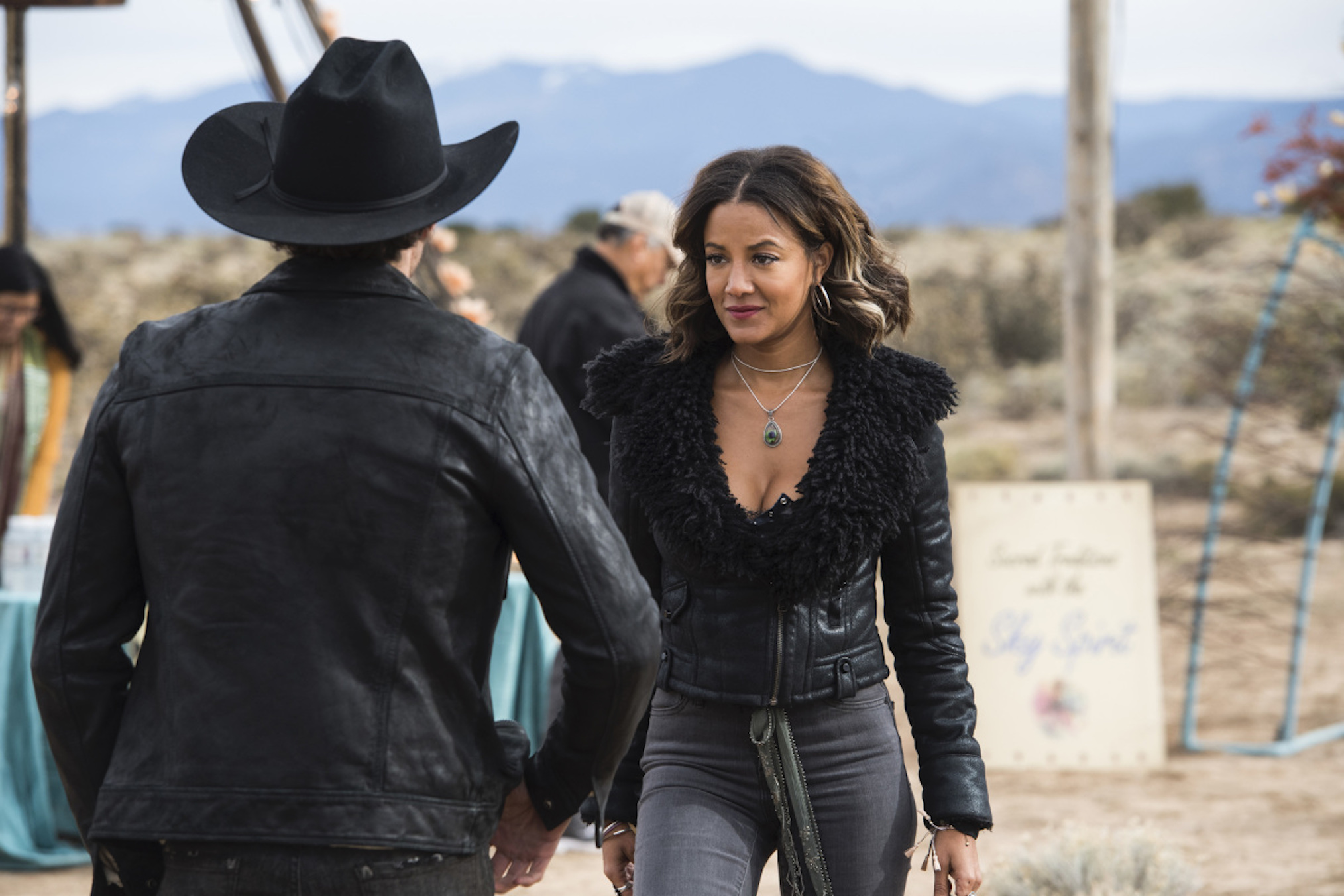