Lucifans have been dreading the day they’d have to say goodbye to their favorite devil, but it’s beginning to look like that will come later than they thought.

First, Netflix and Warner Bros. Television wanted to bring the series back for more following what could still be the final season. Then, Lucifer co-showrunners Ildy Modrovich and Joe Henderson got on board for a possible Season 6.

What does Lucifer's leaving mean for him and Chloe? Find out that and more.

And now one of the big pieces necessary to make that happen seems to have fallen into place. Tom Ellis has signed a deal to return as Lucifer, TVLine reports. Furthermore, many of the other cast members’ deals include that potential sixth season. While that doesn’t guarantee Season 5 won’t be the last, it certainly offers hope to fans and leaves everyone in a much better position than they’ve been in the past.

It hasn’t been an easy road for Lucifer. The series aired three seasons on Fox before it was canceled, at which point Netflix saved it. Season 4 dropped in May 2019, and the 16 episodes of Season 5 will be released in two parts. With the show still in production on the final episodes, chances are a decision could be made soon about its future. For now, all we can do is what Modrovich tweeted in response to a fan asking about a Season 6: cross our fingers. 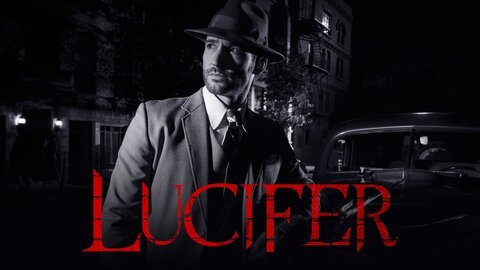