For many viewers, television is too dark these days — not in subject matter, necessarily, but actual cinematography. Even with expensive TV sets, some viewers can’t make out the action of their favorite shows, let alone those who try watching programs on smaller screens.

TV critics have been griping about the issue for years. For a 2018 article titled “Dear TV: Lighten Up,” TVLine’s Matt Mitovich cited anonymous industry insiders discussing dimly-lit shows. “I’m guessing it’s a case of directors — and more often showrunners/producers — trying to get too cinematic,” one veteran TV producer said at the time. “It could also just be a screw-up where people forget that their perfect set-up in their color timing doesn’t mean it’ll work for everyone.” 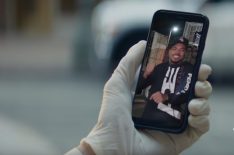 In a 2016 piece titled “Why TV Shows Are Darker Than They’ve Ever Been,” Slate’s Matthew Dessem attributed the trend to The Sopranos, whose cinematography “was naturally modeled on Gordon Willis’ famous low-light work on The Godfather.” But the problem, Dessem added, is that the low-light cinematography “sometimes got conflated with the relatively new idea of ‘prestige television’ in much the same way as the show’s antihero did.”

That same year, Vulture’s Kathryn VanArendonk acknowledged in the article “TV Shows Are (Literally) Too Dark” that no show needs to be “bright all the time”… but also argued that no show should be constantly dark, either: “Periods of darkness are vital visual tools, which do so much to create mood and delineate space and time. When an entire episode of Jessica Jones is filmed in unrelenting noir shadows, though, and when Ray Donovan’s perpetual sepia gets too boring, and every non-Daenerys scene [of Game of Thrones] looks like it’s been stained with coffee, the effect is lost.” 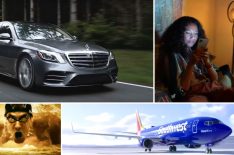 The problem is even irritating TV stars, too. “If you see our show at a screening, in a theater, you see everything,” one told TVLine. “But for some reason when it translates into TV it gets really, really dark. And that’s frustrating.”

Critics aren’t the only ones squinting at their TV sets. Scroll down to see nine shows that viewers have deemed too dark.

“Chilling Adventures of Sabrina is sooooo dark!” one Reddit user lamented. Another said, “I was watching the last [episode] just last night and had to pause and crank up the brightness,” A third chimed in to say, “My brightness has to always be set to 100% with this show.”

Twitter user @alexqarbuckle quipped, “The Mandalorian is too freaking dark. I can barely make out what’s happening on screen and seeing my reflection in the TV constantly reminds me I’m a lonely adult man watching and critically engaging with a children’s program about action figures and lasers.”

Fox Has Been Trying to Reboot and Revive '24' for Years

“How do I turn my brightness up on my TV?” asked Twitter user @jujubear33. “I can’t see anything in this episode of AHS. S—t is too dark.”

One Reddit user wrote: “I really want to like What We Do in the Shadows on FX, but I’m just looking at a black screen the whole time. It’s super annoying.” Another commented: “That show is a bad offender.”

“Star Trek: Discovery takes this to a ridiculous extent,” one Reddit user observed. “When I watch it, I’m always thinking, ‘Are people in the future able to see in the dark, or why on earth do they keep their workplace in darkness?’ I think the creators believe that by doing so, their work will seem better and more serious. (Hint: it doesn’t.)”

The darkness issue is “genuinely the primary reason I dropped Ozark halfway through the first season,” one Redditor said. Another concurred, commenting, “When I started watching Ozark on my Kindle, I had to check it to make sure I didn’t accidentally turn down the brightness.” “Camera pans to Agents of S.H.I.E.L.D. but we can’t see their reaction [because] it’s too dark,” @melindaqiaolian tweeted after a critic called out dark cinematography on TV shows.

So many fans complained about the inscrutable action of Game of Thrones’s long-awaited episode “The Long Night” that cinematographer Fabian Wagner had to defend the production in an interview with Wired UK, claiming that “a lot of the problem is that a lot of people don’t know how to tune their TVs properly.”