Titans‘s second season just kicked off on DC Universe and since we loved Season 1 so much — seriously, it was violent, cool, nerdy and sexy — we of course have many, many questions about what’s coming next.

With Dick Grayson (Brenton Thwaites) revisiting his old boss Bruce Wayne (Iain Glen), does that mean we could see other, older members of the Justice League? Will he ever suit-up as Nightwing now that he’s torched his old Robin costume? Is Trigon gone? And with so many new faces heading into the series, how will they all fit into the story?

Thankfully, executive producer Greg Walker was willing to put up with our interrogation and had some actual answers!

Season 1 was so big…there was so much that you had to get done. I loved it.

Greg Walker: It was big. I’m so pleased you like it. I’m thrilled and I love it too. And it was one of the shows that I discovered how much I liked in post as we were cutting the episodes. I was sort of like, “Oh this is really coming together…it’s something else.” And so much is about our actors, our cast. I mean, they’re just incredibly generous with each other and with what they bring to it. So it’s a delight to watch their work. The cast and crew tease first season secrets ahead of Season 2.

It’s crazy that you were able to get such a grounded story and feeling from a show with characters who are wearing costumes that are not easy to ground.

[Laughs] Yeah, that’s the problem. I mean, one of the tricks is you never show them during the day. There’s something about showing them at night that allows you to kind of take a little bit of the artifice out of it. Because it’s true, when you have somebody in feathers, it’s hard to do! I came in later, before we shot the pilot, but after [fellow exec producers] Greg Berlanti and Geoff Johns had written it. Their goal was to really create a emotionally grounded psychologically real superhero show and to allow kind of the bigger superhero moments to be heightened.

From the first episode and definitely the trailer for Season 2, it seems like somebody at the top said “OK, good job with Season 1. Now go crazy.” Because this year looks like the flood gates have been opened.

Well, yeah. I mean a lot of this one was, for me, just kind of making a show that we could, using [Titans] canon. So using the Titans Tower, which existed in canon, gives us a a home base without it being a crime lab.If we’re doing a show about what is essentially a family, you need a house. And now that they have settled into a family, what does that mean? If Season 1 was about putting a family together, Season 2’s about trying to stop it from being torn apart.

Catch an exclusive clip from this week’s episode below:


It also feels like you’re doubling the size of the family with the additions of some new Titans. You have Donna Troy (Conor Leslie) and Jason Todd (Curran Walters) back, and then Superboy (Joshua Orpin), Aqualad (Drew Van Acker), Ravager (Chelsea Zhang) and Jericho (Chella Man) coming in…

Doubled or tripled or quadrupled, I don’t know! They keep growing. The characters keep on popping up every time we open a door on this show. [Laughs]

How fast do we start meeting these new characters?

Well one thing to be made clear is that Season 2 is on two different time planes. So there’s the current-day story and then there’s the five-years-ago story of when Dick, Donna, Hawk (Alan Ritchson), Dove (Minka Kelly) and Aqualad started up the Titans to move away from their sidekick status. So some of the characters live in the past…some are in the past and some are in the present. 7 Things We Love About the 'Titans' Season 2 Trailer (VIDEO)

The second we saw Wonder Girl's lasso, we were all in.

So with Jason being the current Robin, what does that mean for Dick?

Well I mean Dick is out of the suit. Jason Todd asked him, “If I’m Robin, who are you?” and he said, “Stay tuned,” basically. He has to figure it out. We all know that Dick’s journey is ultimately to become Nightwing but we have made the clear decision that it’s not just about putting on a [new] suit. It means kind of evolving into someone that wasn’t Robin. It’s not Batman, but his own individual. Robin wasn’t a choice, he was assigned it.

And so to shed that mantle and then to kind of go and create your own persona is something that he has to do through experience. It’s going to have to be hard fought. And so we love the idea that the Nighwing’s suit represents both Robin imagery and the colors of Batman. It is a merging of the two. So much about the season is about him working out his issues with Bruce Wayne (Iain Glen) ultimately to get to the point of being Nightwing. OK, so what else can you tell us? The first season felt a lot it was the fight for Rachel’s (Teagan Croft) soul.

I think this is a fight for all their souls. When we returned, [Raven’s demon father] Trigon has power over them. We enter a world where our dark selves win. So the battle for the Titans, and for Rachel specifically, is the triumph over the dark self.

So despite what happened in the opener, that’s going to continue through the season as well?

Sweet. And regarding the past storyline with the sidekicks, are you only just mentioning their big-name bosses or do you get to show any of them?

Well, that’s always a battle with DC and I don’t want to give anything away, but—anybody who’s had a movie is hard to get on to our show—and I understand that. I mean, I understand that’s the business. It doesn’t mean we can’t ask and try to sneak somebody in. There will be some surprises. But if you think you’re going to see the Batmobile cruise up in the frame, you may want to go to the fridge, grab a cold drink and then come back. [Laughs]

Is Trigon (Seamus Dever) your villain for this season or are you bringing in more characters? Is Esai Morales’ Deathstroke more in the past?

I mean, he’s pretty much The Worst Dad of the Year.

That is actually an actual joke at some point in the show! [Laughs] There’s a haunting in that family completely. We allow ourselves to go in to tell a little bit about Deathstroke’s origin story in one episode. Mostly to explore the psychology of Deathstroke in his family and how his becoming a super soldier and the creation of his identity, what that cost was for his family. New original episodes are set to drop in 2020.

Now you gave us the tease of Conner Kent at the end of the first season. How does he fit into the action and more importantly, will we see Krypto fly?

[Laughs] I’m not saying no on that one! Although you won’t see Conner fly. This is the Geoff Johns version of Conner Kent, which is he’s a clone of Lex Luther and of Clark Kent’s Superman. So it’s an essential struggle that in many ways reflects some of the themes from Season 1. His identity struggle is between good and bad, light and dark, and so there’s a challenge that he will have in terms of who is he more of? How does he balance that inherent goodness and a inherent tendency toward terrorism?

And because it’s set in a world where Superman exists, that explains why he can find a black t-shirt with the logo.

Exactly, exactly. We have have varying levels of hardcore fans on our staff and in our office, so there’s the pure joy of showing a character like Connor [wearing] that t-shirt, as you know. But there’s also the chance to turn over the new territory of exploring them psychologically, emotionally, maybe in a way that the books didn’t have time to or get into. So that, to me, is the fun of it. It’s always a challenge, but it’s mostly about the fun.

There was a lot of fun in this first season, despite how dark the show can be. But I gotta tell you, the Hawk and Dove stuff was just gutting. Alan and Minka killed it.

Oh, I’m glad you say that. Akiva Goldsman, my partner, directed that Hawk and Dove episode. And Geoff Johns wrote it. That is that’s one of my favorite episodes. It’s interesting that in football recently, Andrew Luck, the quarterback for the Colts retired. Now, he’s banked maybe a hundred million dollars, but at some point these player just have to go, “Enough.” It’s like, the villains get stronger every year and our bodies don’t change. Hawk’s challenge is that he can’t get past all the pain and he will forever be haunted and fueled by that emotional trauma of his past. So it’s how he chooses to react and deal with that. Can he live a world where he’s not translating that into violence and hurt and pain? And that carries into this season as well.

Plus, find out why Brec Bassinger is the perfect person to play the titular character of the DC Universe show.

And Starfire (Anna Diop) …it looks like we’re going to be meeting some more people from her planet.

You bet we are. It’s going to be fun, I’m really excited about it. There’s backstory for her…a whole kind of royal story on her planet that we haven’t explored yet that we’re really looking to.

Oh, wow. So are you going outer space this season or were you holding that off?

We have ships, but let’s see how far they fly. Very exciting. I loved the kind of the mentor, motherly relationship she formed with Rachel.

Yeah, they have a natural chemistry together. And you also get to see her this year with Donna, spending a lot of time with Donna. There’s actually an episode where that focuses on the four women, how they’re drawn together and how they’re pulled apart.

So with all of this in the chamber, what would you say is the coolest thing you got to do this season?

When I was a baby writer, I got to work on the first season of Smallville. I couldn’t say no to doing working on a Superman show because like, how often do you get get that opportunity? And I feel like that with Bruce Wayne this year. I mean to do the Bruce Wayne-Dick Grayson story is really a privilege. Really, I felt very lucky to do that. And to have Brenton Thwaites and Iain Glen together acting, it’s just it’s like you’re writing a movie scene. 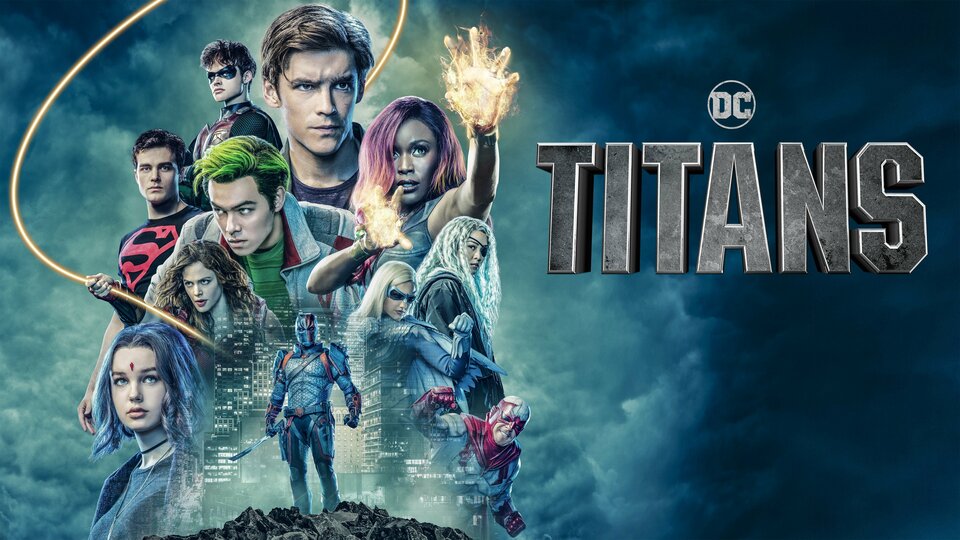