It’s time to take a break from the summer heat and stroll down memory lane through HDNet Movies’ Iconic 80s with Lea Thompson. The Back to the Future actress, director and producer serves as the host for this 23-film cinematic journey across a beloved decade alongside journalist Tara McNamara.

The celebration gave Thompson a chance to look back at some of her own films, including 1987’s Some Kind of Wonderful and 1988’s Casual Sex? Before firing up the proverbial DeLorean, the star sits down to talk about why these roles and movies resonate today.

What was it like to relive this special time in your career through these beloved movies? What do you think of the chosen selection?
Lea Thompson: It’s a great selection of movies, and I’m excited to watch some of them. Sometimes they are hard to find, especially Xanadu, like the greatest movie ever. And Casual Sex? What’s interesting is the co-host was telling me she had done a lot of research on Casual Sex? I didn’t realize it was the first movie to talk about safe sax and the AIDS epidemic. It was this cool, ground-breaking movie, which of course I didn’t really realize until she told me that.

Some Kind of Wonderful is near and dear to me because I met my husband [Howard Deutch], and we’re going to celebrate our 30th wedding anniversary. He directed the movie, so that movie I think is one of the best John Hughes made. It really holds up across the board.

The Breakfast Club and Some Kind of Wonderful are my favorites. The music, the fashion, the sensibility, the humor, the pathos. It really holds up. I do a lot of comic cons around the country and meet a lot of people. Some Kind of Wonderful has a really strong place in people’s hearts. It’s always lovely for me to hear that, so I think people will enjoy watching it again. 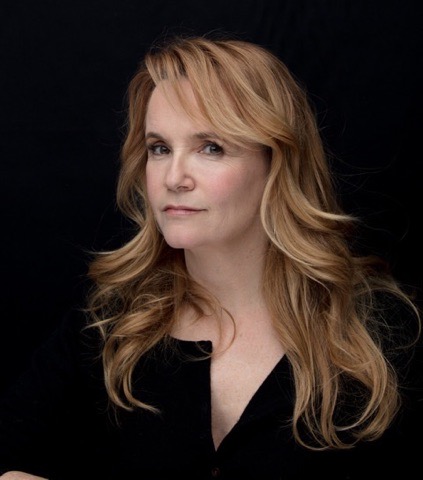 These movies came around simpler times. When you look at the themes and the dialogue, it’s almost like these films might not have been made today or the way it was. Movie-making has changed so much.
First of all, the most amazing thing is we didn’t all have cell phones. It was a whole different world because of computers and cell phones where information travels quickly. I think there is so much media now and shows to watch. It’s going to be harder to find these things that were water-cooler movies where everybody saw Short Circuit and Stripes and talked about them.

There is so much content now people don’t tend to go to the movies very much. If they do, it’s probably these big giant superhero movies. These movies that examined a more original, personal world. They are not really being made and scene by everybody. That is what is so special I think about the 1980’s and older movies. Everyone kind of saw them.

Now with your daughters in the business, do you often go back and watch your work with them?
It’s about the year anniversary of the movie we made together, the Year of the Spectacular Men. They hardly saw any of my husband’s and my movies. Because we’re in the business we didn’t really sit them down and show them all the great movies. I think they both have seen Some Kind of Wonderful. A lot of my movies and Howie’s movies, they haven’t seen, which is weird. I’m sure they’ve never seen Casual Sex? They’d be like, “Why would I watch my mom in a filmed called that?” It’s interesting being a family of people in the business. We strangely don’t watch enough. We’ll have to get to HDNet Movies and watch them.

Zoey in particular has been working with Netflix. Are there plans for further collaboration with the family through Netflix or another platform?
I’d love to. I’m sure that will happen, but not right now. She has a lot of cool projects. My other daughter Madelyn is writing two movies right now. We talk about it and collaborate creatively on things, but I’m not sure when we will actually physically collaborate. But it will happen.

You mention meeting fans. What kind of impact do these conventions have for you?
I love meeting fans and going all over the country sharing that experience with them. It’s just really special people going out of their way to meet you. To experience that with the cast of Back to the Future, doing Q&A’s and hearing stories for the first time before. It’s really exciting. You get to see the ways movies has changed people’s lives. And it’s all different ones besides Back to the Future. It is Casual Sex? or Space Camp or Switched at Birth. Or some of the new work I’ve even been directing like The Goldbergs. It’s lovely.

In this age of reboots and remakes, is there any project you would see being done today that you can build upon what you created?
A lot of people ask for a Caroline in the City reboot. I figure there will never be a Back to the Future 4. They are making a musical right now, so if that’s a hit. I can see a musical movie of Back to the Future. I think that’s the best you are going to get.

These days you’re directing more. I know you recently left the set of DC Universe’s Stargirl. What was that experience like? Do you feel a different kind of fulfillment working behind the camera?
Stargirl is such a beautiful show. It’s such a big show with all the special effects and stunts. It all comes down to heart and what you feel and what the actors bring to it that make you feel like you can get involved. Directing is lovely. It’s a chance for me to apply what I’ve learned in my 30 or 40 years in the business performing, dancing, singing, acting.

I love giving my tips to the younger actors. I love being able to create an environment that people feel safe to create and collaborate. Multi-tasking is what I do best being a working mom. I can use that skill i”ve honed for all these years. Diversity in story-telling makes story-telling much better. Having different points of view on the screen and off make for better entertainment. That’s great for our business.

Amy Smart is among those who have joined the growing cast of Geoff Johns' pet project.

You are active in social media. How do you see the use of this tool in regards to the industry and having to worry about repercussions for giving an opinion?
There is this nasty discourse where celebrities should shut up. I find that so weird like we’re really not people? You can just unfollow if you don’t like what someone says. People have opinions. And I have things I care about like charities, causes, things like that. I use my platform for that. I can’t help I have opinions. I find it very offensive that I don’t have a right to an opinion. I like advertising charities and causes along with my work. Social media is an interesting thing, and it’s here to stay. If you can’t beat them, join them.

Get a behind-the-scenes look and insider details about at that crucial scene from 'The Sauna Test.'

But then you come across videos like Back to the Future references on Stranger Things, so you have the ability to share that.
That was funny. It’s so funny to see all these references on so many shows to the movies I’ve done. It’s lovely. It’s interesting that your work can live on in ways you never saw. We have to sign things that say our work can be shown on any planet. They are thinking that far ahead.