Roush Review: There’s No Escaping the Brilliance of Hulu’s ‘Catch-22’

With vividly unsettling and graphically dark whimsy, executive producers George Clooney and Grant Heslov (who each appear in significant roles) adapt this classic in a new six-hour mini-series that sharply captures the appropriately cynical tone of broad satire, interrupted by the sheer terror of airborne combat.

'Catch-22': It's a World Gone Mad in the Full Trailer for Hulu's Adaptation (VIDEO)

The series is based on the iconic novel by Joseph Heller.

You’ll scream with laughter until, like its antihero, you’ll just scream. Our eyes and ears (and tortured psyche) in this picaresque odyssey is literature’s most reluctant warrior, John Yossarian (a marvelously wry Christopher Abbott in a star-making performance).

A bombardier who tempts death every time he climbs into the nose of his aircraft to release his explosive payload, he’s shaken by the realization that “the enemy is anybody who’s going to get you killed, no matter which side he’s on.” Which means that his most immediate adversaries are the blowhard officers who keep raising the amount of missions he must complete before his harrowing tour of duty is over. Yossarian’s increasingly desperate schemes to thwart his superiors, carried out as casualties mount among his fellow airmen, constitute the basic plot. But what’s most memorable about this version of Catch-22 is its savagely funny-until-it’s-not depiction of war’s inherent insanity.

Before there was M*A*S*H and the irreverent Hawkeye Pierce, Yossarian set the standard for naked — quite literally — antiauthoritarian attitude.

Season 5 of the Acorn TV drama includes a twist that changes everything.

The scene in which droll Doc Daneeka (Heslov) cheerfully explains to him the title conundrum — you’re crazy to want to fly more missions, but if you don’t want to, you’re sane and you have to fly them — is devastating in its circular hopelessness.

And while Clooney (Lieutenant, later General, Scheisskopf) and Kyle Chandler (Colonel Cathcart) are hilarious as the most pompous and blustery of Yossarian’s foes, the danger they represent with their fatuous, implacable zealotry is nothing to laugh at. Even the comic interludes, including a country-hopping trip through the black market with profiteering Lt. Milo Minderbinder (Daniel David Stewart), leave a sour edge, as Yossarian discovers that in war, there’s no such thing as peace of mind. 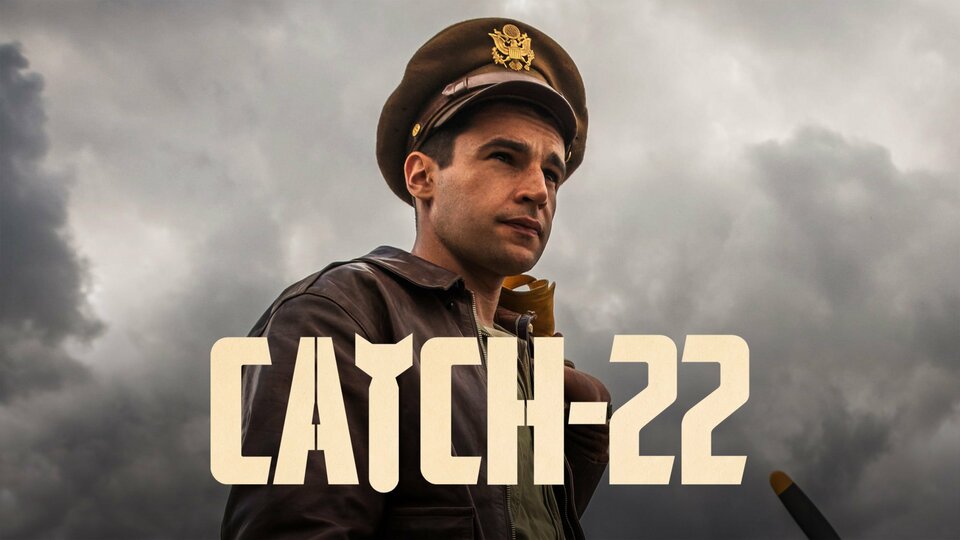