Who Deserved Their Fate More: Dexter or Walter White?

Comment: [Spoilers Regarding Series Finales] You recently likened Breaking Bad’s Walter White (Bryan Cranston) to Dexter (Michael C. Hall) regarding people’s differing reactions to the main character being killed off in their respective series finales. I think people still viewed Dexter as an anti-hero, and though I appreciated this ending would have been fine with a way to continue the show. Walt’s ONLY redeeming quality at the end of Breaking Bad was his trying to spare Jesse and his family. He had otherwise pretty much devolved into a villain with the goal of being the best meth dealer on the planet. Dexter was still staying somewhat within his boundaries of killing predators — even though he was no longer waiting to see if they got away with it first.

I think there was a point in Breaking Bad where we all said, “Okay, that’s it, Walt is now irredeemable and isn’t getting out of this alive.” And it was well before the last season. For me, the breaking point was when he sat there and let Jesse’s girlfriend Jane choke on her own vomit because she was inconvenient. — David F

Matt Roush: Interesting and fair points. There’s no doubt Walter had gone to the dark side, and if he’d ever crossed Dexter’s path, our favorite serial killer-of-bad people would likely have put him on his list. Even so, Bryan Cranston brought so much flawed humanity to the role that even though his demise was inevitable, I bet most fans weren’t actively rooting for him to die. Same goes, obviously, for Michael C. Hall, given the extreme reaction to the New Blood finale. (This is why one of my favorite finales ever is that of The Shield, in which a humbled Vic faced a fate worse than death in his downfall.)

Comment: I have been watching Fox’s 9-1-1: Lone Star since the beginning and enjoying it very much. I have struggled with the discomfort I’ve been experiencing during the ice storm thread since this season began. Something about it had me having high anxiety each week. Watching this week’s end of this thread was so emotional, well-written, and acted that it made everything worth it. — Stephen N

Matt Roush: I like how we’re now calling what I tend to think of as “story arcs” as “threads,” but I digress. If the seemingly endless ice storm caused you anxiety, I bet that’s what the producers had in mind. (Given the history of Texas and its power grid during icy times, it was actually rather timely.) My own household felt the crisis went on a bit too long, and I had a feeling that Billy Burke’s character would perish while helping Grace have her baby — but he survived! — so it will be good to see the show get back to normal now that the storm has passed. Plus: Amy Acker!

Plus, Judd meets a teenager who has a profound impact on him.

Question: In light of the horrific sexual-assault allegations against Chris Noth, do you think it’s possible that every single Law & Order episode featuring Noth as Detective Mike Logan will be pulled from circulation in the near future? Yes, the allegations are horrific, but a lot of people worked on Law & Order during the 1990-95 period, and I’d rather not see such people be punished due to his alleged misdeeds. — Alvin

Matt Roush: As I’ve often pointed out in this space, I’m generally too busy with new programming to keep up with the off-network cable and syndication (and DVD) marketplace, but I’m not aware of any movement on this front, and the conventional wisdom appears to be that it’s unlikely to happen. (In other words, I have no idea if his episodes are currently being shown anywhere.) Chris Noth’s career has obviously taken a hit, with him being fired from The Equalizer and Mr. Big scrubbed post-mortem from And Just Like That …, but with Law & Order still being such a staple of so many cable networks, I’d be surprised if his 100-plus episodes from the first five seasons entirely disappear. The question could also apply to his other most significant series, Sex and the City and The Good Wife, and while it may be uncomfortable to watch him in these roles right now—especially as the romanticized Mr. Big figure—in none of these ensemble shows was he a towering star the way that Bill Cosby defined The Cosby Show and made it more difficult to promote his image of “America’s Dad” through endless repeats in syndication.

Also dropped from the finale of 'And Just Like That...,' Noth departed the CBS thriller series following the several sexual assault allegations made against him.

Comment: I’ve been trying to enjoy CBS’ Good Sam, but I keep waiting for Jason Isaacs to dress as Harry Potter’s Lucius Malfoy or The Patriot’s Colonel Tavington. His character Dr. “Griff” Griffith is just as ugly!! Why does this fly on TV? I am definitely disappointed! Sophia Bush might as well get a wand! — Robin F

Matt Roush: Yes, Jason Isaacs has played his fair share of villains, and I agree Griff is a bit much, but if you’d like to see this terrific actor not typecast and in a more sympathetic light, my top recommendation is Case Histories, the British mystery series where he brings to life Kate Atkinson’s wonderful character of Jackson Brodie (streaming on Peacock, IMDb TV, and other platforms).

The episode will also flash back to Griff's shooting and the aftermath.

Comment: [This is in response to recent columns in which people suggested new directions for CBS’ freshman hit Ghosts] I’m just loving Ghosts as it is! Bringing in Hetty’s husband was fine for that episode, and maybe a few more, but not on a regular basis. Same with any other new ghosts, appearances on only a few episodes or off-and-on, but not on a regular basis. Keep the regular cast as the regular cast! Others can just be guest spots on the show! Too many ghosts will ruin the show. Keep only the regular cast as regulars! — Jay

Matt Roush: I agree, even without an exclamation point. A cast of 10 is already a handful for a single sitcom to accommodate easily. This reminds me that I keep getting asked about the headless ghost from the pilot episode and where he’s been. This character, known as “Crash,” was also glimpsed in the background of the “Halloween” episode, but even in the pilot, he was listed as a guest star, and while it’s possible we’ll see him lurking again as we do some of the other spirits (including the poor souls in the basement), he won’t be joining the core cast.

As Ghosts suggestions go, I liked this from Judy R: “It would be fun for Sam to be an artist and paint a picture of the ghosts so Jay could have a picture in his mind of who Sam is talking about. Plus, it surprised me that there was not a painting of Hetty and her obnoxious husband in the house.” Commissioning a portrait would be fun, but regarding Hetty not being in the painting, I think they made it clear her husband was a horrible narcissist and philanderer, so he probably didn’t see the point. Judy R added: “I hope a baby is added to the show. It would be fun to see the ghosts’ reaction to a little one.” That’s a hard pass from me, at least for now. Adding an infant to a successful sitcom takes up an awful lot of oxygen.

Plus, questions about 'The Amazing Race,' 'Women of the Movement,' and more.

Question: Why is Shanae still on The Bachelor??? How much influence do the producers have? Shenae is the worst “evil” woman this show has ever had. She is rude and mean. It is all too much. It is very uncomfortable. I’m almost ready to stop watching. Surely Clayton can see her character and it is the producers who told him to keep her? What do you think? — Barbara

Matt Roush: I wouldn’t put anything past the producers of a show whose lifeblood (much like Bravo’s Real Housewives franchise) depends on outrageous behavior and controversy. I imagine you won’t be thrilled to learn that ABC’s description of Monday’s (Feb. 7) episode includes Clayton taking Shanae and Genevieve on the two-on-one date. The fact that you’re so riled up tells me the producers have hit their mark. But should you choose to stop watching, please know that I have your back. There really ought to be a RTA (Reality Trash Anonymous) support group for those trying to kick this lamentable habit.

'The Bachelor' Episode 4: Shanae Continues to Stir the Pot (RECAP)

After a shocking elimination, Shanae continues to make new enemies on her quest to win Clayton's heart. 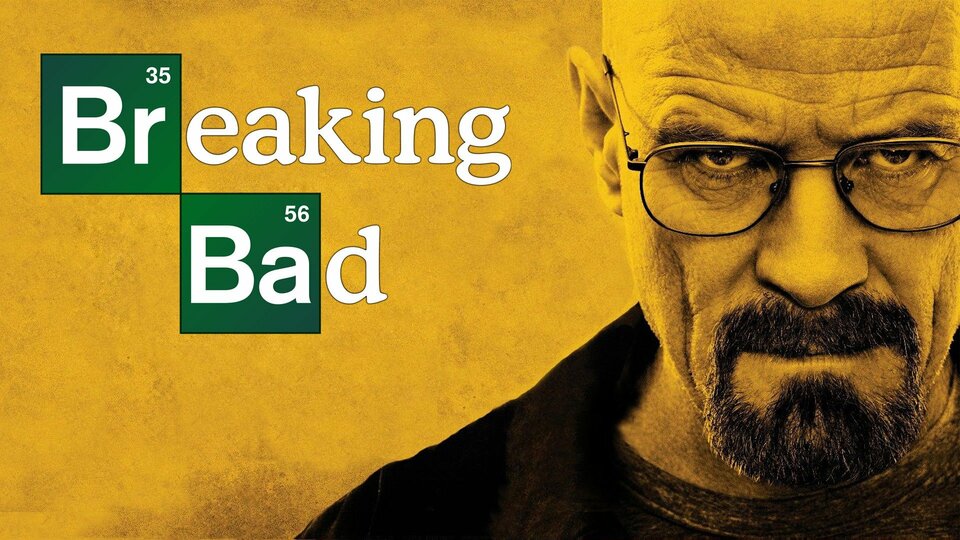 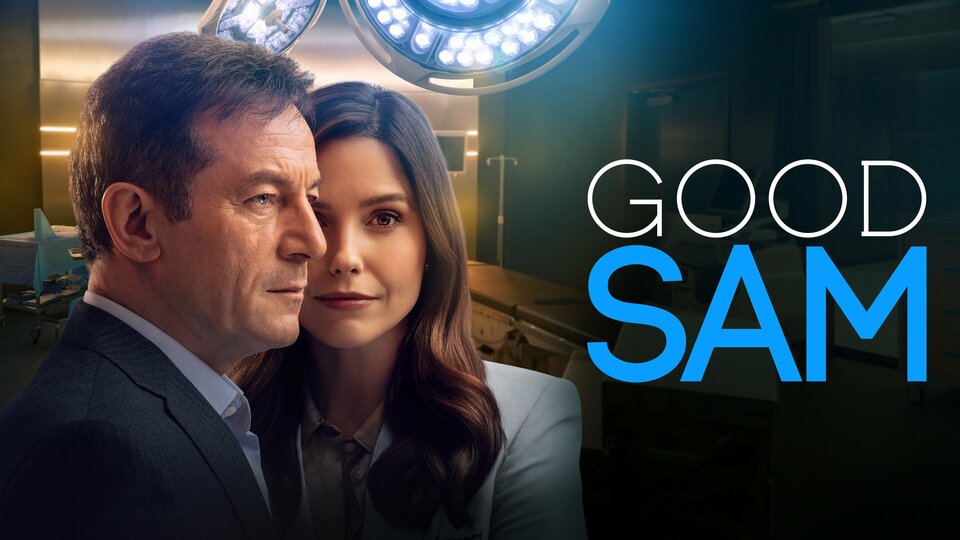