What do you get when you mix a classic film comedy, a grown-up kids-TV star, and a 150-pound French mastiff? You get the new Turner & Hooch.

Disney’s updated series inspired by the 1989 Tom Hanks film drops its first episode this week with Drake & Josh alum Josh Peck as Hanks’ son, Scott Turner. An ambitious, buttoned-up US Marshal with some daddy issues, Scott sees his very tidy life — his best friend is a Roomba! — turned upside down after he inherits a 150-pound French Mastif who turns out to be a pretty solid, if not excessively slobbery, crimefighter in his own right. A charming mix of action, comedy, and even some Turner mystery, the family-friendly series also stars the wonderful Carra Patterson (The Arrangement), Brandon Jay McLaren (Firefly Lane), and Anthony Ruivivar (The Haunting of Hill House) as the law-enforcement side of Scott’s world, while Lyndsy Fonseca (How I Met Your Mother, Nikita) Jeremy Maguire (Modern Family), and original film costar Reginald VelJohnson fill out his home-life squad.

And in the rom-com department, we get Glee vets Vanessa Lengies and Becca Tobin as two very different types of women who catch Scott’s eye. Oh, and five French Mastiffs also star as Hooch. Because more dogs is always better.

Check out our chat with the cast above and watch an exclusive clip below! 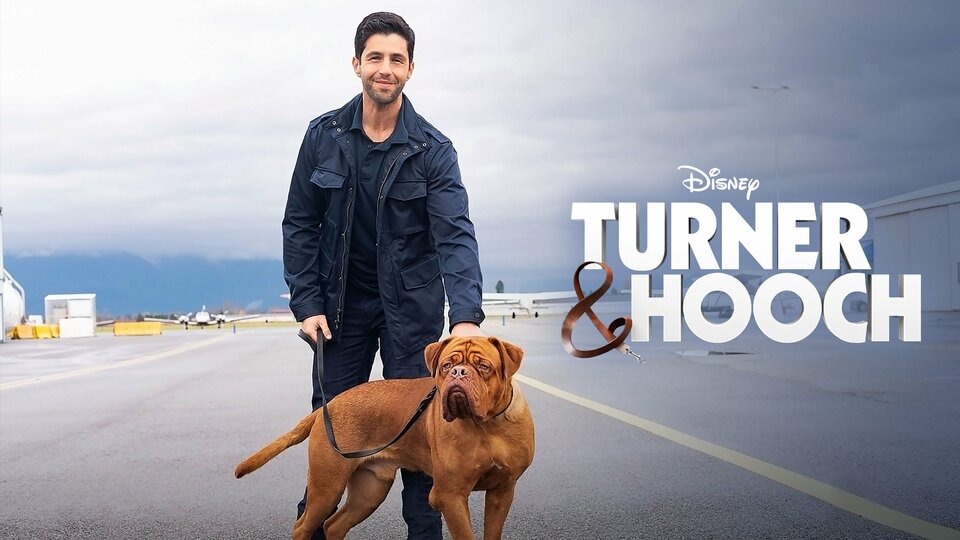