A bevy of big-name stars appeared on CSI: Crime Scene Investigation over the years, and not all of them played good guys! 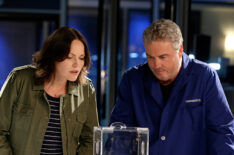 'CSI' Revival Details: What Brings Grissom, Sara & the Team Back?