The Cloud 9 team comes down with food poisoning on their biggest day of the year. As Jonah (Ben Feldman) says while watching customers brawl over discounts, “Black Friday is the Super Bowl of retail.” Plus, Dina (Lauren Ash) and Garrett (Colton Dunn) share an intimate moment.

Available to stream on Disney+.

Dateline‘s very literal take on Black Friday tells the morbid story of a young woman who was murdered because of her retail position. The Fort Worth, Texas true crime occurred on Black Friday in 2014, and the murderers were found to be two of her coworkers at an American Eagle clothing store outpost. It is believed they targeted her because she had the keys to the store, and they were planning to rob it after Black Friday to capitalize on the holiday.

The first of a three-part story arc (the following episodes are entitled “A Song of Ass and Fire” and “Titties and Dragons,” in classic South Park charm) centers on the gang’s rivalry between XBox and PlayStation bargain hunters in a Game of Thrones-style parody. The scene-stealing Randy Marsh (Trey Parker) also takes a temporary job as mall security to have an advantage as a Black Friday shopper himself.

Even though Gigi’s (Nasim Pedrad) head is served in lieu of a turkey on Thanksgiving, Chanel (Emma Roberts) still ventures to the mall for her favorite holiday, Black Friday. She even boasts about bribing store employees to let her in before the official opening so she can get first dibs on all the sales. A few credit card swipes later, and Chanel plots to murder Dean Munsch (Jamie Lee Curtis). Ah, what a relaxing holiday.

Dr. Jason Bull (Michael Weatherly) takes on a case of manslaughter after the defendant Chris Coleman (Michael Drayer)’s Black Friday shopping trip turns deadly. Cue up the questions of who’s on the naughty or nice list in this court case drama.

The day after Thanksgiving remains the biggest shopping event of the year as families trek to malls, electronic stores, and boutiques across the country in hopes for some post-turkey deals. Our favorite TV clans are no different!

Click through the above gallery for a roundup of the best Black Friday episodes for some retail therapy via The Simpsons, Bull, Superstore, and more. 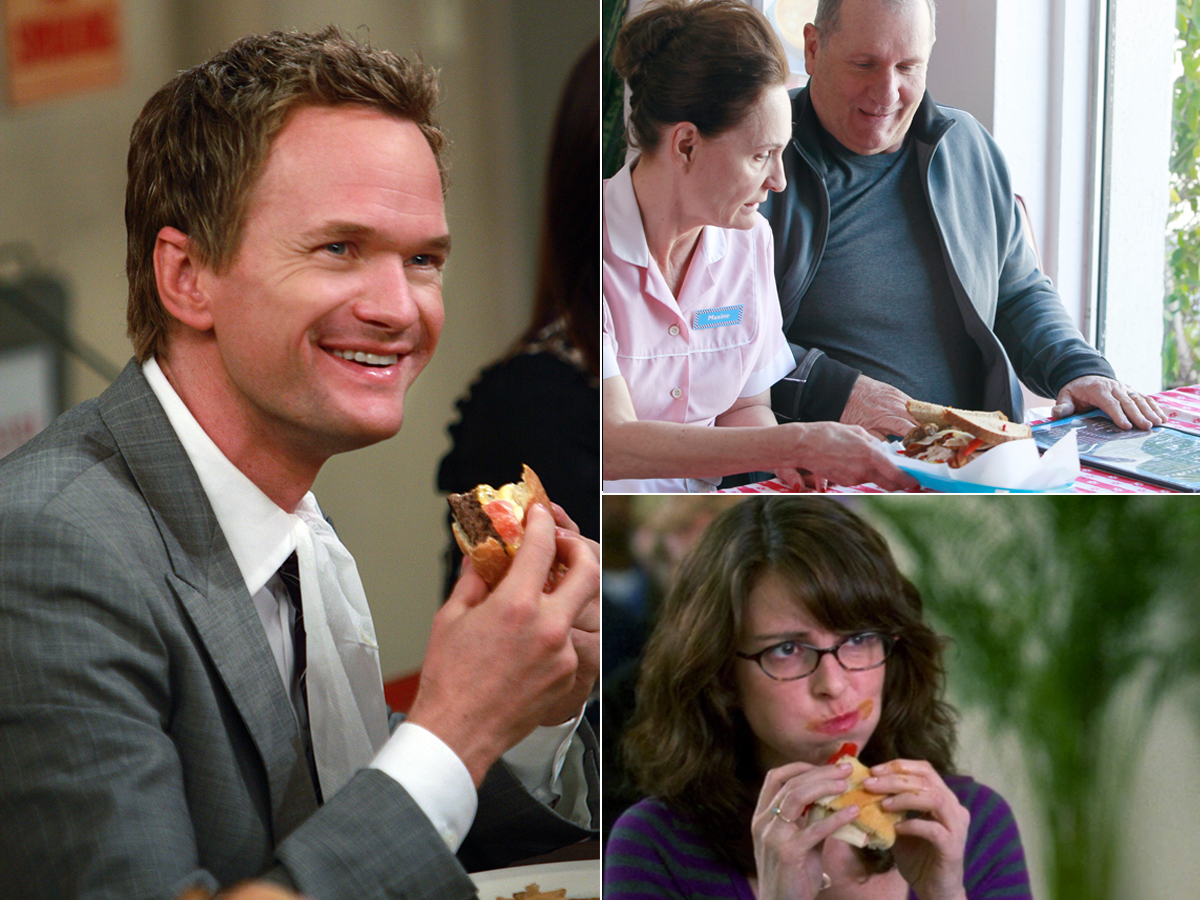 From 'HIMYM's best burger in New York to '30 Rock's Italian deli hero, some of the satisfying sandwiches on TV.