Aboard the ship, Jesper’s (Kit Young) getting the feeling Kaz’s (Freddy Carter) plan was a bad idea. And he’s not wrong; as he says, they’re on a boat full of people who want them dead, surrounded by monsters that want to eat them. A bad idea, indeed.

Really, “No Mourners” (no funerals!) is the culmination of a season’s worth of bad ideas. There was Alina’s (Jessie Mei Li) bad idea in trusting and falling for Kirigan (Ben Barnes), although, to be fair, she had no way of knowing he was really the Black Heretic. There was the Crows’ bad idea in going after the Sun Summoner, and probably losing out on their million kruge in the process. There was Mal’s (Archie Renaux) bad idea, which was… well, Mal hasn’t really had any horrible ideas, but he definitely should’ve told Alina how he felt sooner.

As they sail into the Fold, Kirigan unleashes his master plan, and the lives of our protagonists will never be the same. Plus, she addresses Alina and Mal's (Archie Renaux) 'wholesome' relationship.

The Crows’ new plan (they must be on Plan Z by this point) is to threaten Alina’s life, as Alina has all power. And that’s when Mal makes his move — he’s heard their conversation and won’t have Alina’s life in danger. Eventually, they all work out that they’re on the same side, because they’re all against Kirigan. Kaz advises caution as they figure out their next move, but Mal decides he’s going to take on the general as soon as possible, and Inej (Amita Suman) goes with him.

Above deck, Kirigan has begun his master plan… which was never to dissolve the Fold. Instead, he uses Alina’s powers to expand it into East Ravka, destroying the potential uprising there. Horrified, Alina expresses her disgust that he’s just demolished an entire city; he reminds her that some of the people there wanted her dead. Kirigan tells the crowd to take what they’ve seen that day back to their home countries and be advised there will be no more war with Ravka, because the Fold can be expanded into any land. When one diplomat speaks up and says Kirigan has now made all Grisha targets, he kills her and her guards. “I’ll have to deliver that speech again,” he sighs. Mal bursts onto the scene with a gun and seemingly no other plan than to try and lodge a bullet in Kirigan’s skull. Unsurprisingly, that doesn’t work, nor does the knife Inej lodges in his chest. At the sails, Zoya’s manipulating the wind to try and get them out of there — her allegiances might have been with Kirigan before, but she’s as disgusted by him now as Alina is.

Alina manages to break Kirigan’s control over her, and she regains her powers by realizing that the stag itself controlled who used it as an Amplifier… and it chose her. He watches as she glows and expands the light surrounding them. “I was trying to save us,” he snarls — and then Mal tackles him, and they both go overboard.

Gradually, the rest of the Crows join the fight and vanquish Kirigan’s Grisha guards. Mal and the general grapple for a bit until Mal grabs ahold of his gun, and then he shoves the Black Heretic back into the Fold where a volcra attacks him. “I don’t have to kill you,” he tells Kirigan, “Your past will do it for me.” And indeed, that’s what appears to happen. Elsewhere, Nina and Matthias are making plans to run away together and leave Fjerda and Ravka behind. And it seems like it might work, too, until Nina runs into one of Kirigan’s soldiers at the pub. He slows Matthias’ heart so he loses consciousness for a few minutes, and he and Nina talk. Nina tries to tell him that Matthias is not the enemy, but the guard won’t listen — he says Matthias must die for his crimes. Impulsively, Nina yells across the bar that Matthias is a slaver, which catches the attention of a man who’d been rounding up slavers for rewards. The guard allows the man to take both Nina and Matthias into custody. “Happy sailing,” he says as Nina leaves.

It’s anything but happy. When Matthias awakes, he tries to strangle Nina through the bars of the brig. She says she’ll deny that he was a slaver at trial, but the man tells her the case won’t go to trial for years, and in the meantime, Matthias will be locked up in Hellgate prison. Nina cries, having realized her grave mistake, and Matthias says he never should have trusted her. In the aftermath of their trip to the Fold, Alina, Mal, the Crows and Zoya all sit in a field and talk about the future. Alina gives Kaz her hairpiece in exchange for him keeping information about her whereabouts and survival to himself (“The deal is the deal,” he says, and they shake on it). She also gives Inej one of her knives, which, it’s implied, is how Inej started naming her knives after Saints. In the end, they all go their separate ways; Alina and Mal to try and make their way in the world; the Crows back to Ketterdam, where one jewel from Alina’s hairpiece will pay off Heleen and buy Inej’s freedom for good; Zoya, to East Ravka to see if her family survived Kirigan’s attack.

The Crows wind up on the same ship back to Ketterdam as Nina, foreshadowing their eventual connection — Kaz even says they’ll need a Heartrender, and that’s exactly what Nina is. Alina and Mal step onto the ship, too, and she reflects that “It’s you and me now, like old times.” Mal says he likes those odds, and Alina resolves to return to the Fold with Mal and tear it down now that the Darkling is dead.

Except that the Darkling isn’t dead. As the episode ends, he emerges, bloodied and scarred but very much alive, from the Fold. And as a bonus, he’s got a few new monsters in tow. “Follow,” he orders them, and they move forth to do his dark bidding. 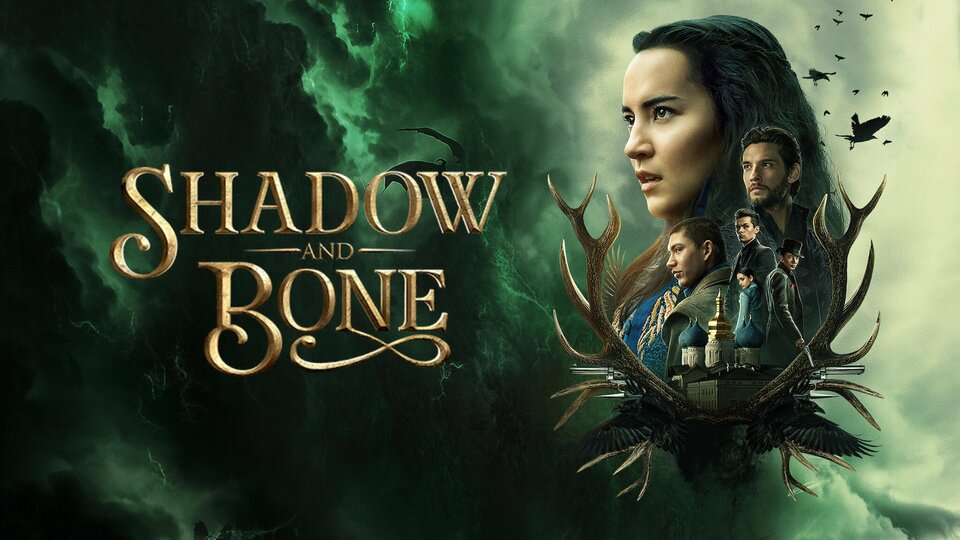