Rising Phoenix (streaming on Netflix): Maybe you caught the inspiring profile of armless archer Matt Stutzman last weekend on CBS Sunday Morning. (If not, look it up — and why aren’t you watching CBS Sunday Morning?) He’s among the many inspirational athletes from around the world who overcame adversity to compete in the Paralympic Games and appears in Rising Phoenix. The history of the games, from a gathering of British veterans in the wake of World War II to the third largest sporting event in the world, unfolds in an uplifting new documentary. Sandy and Chuy aren't making things easy for the parents in Wednesday's episode.

United We Fall (8/7c, ABC): The first season of the domestic sitcom wraps with married parents-of-two Jo (Christina Vidal Mitchell) and Bill (Will Sasso) renewing their vows on their 10th anniversary, having eloped the first time around. Can they pull off the ceremony without too much meddling from his mom, Sandy (Jane Curtin), and her brother, Chuy (Guillermo Diaz)? Not likely. Other shows signing off include the series finale of Comedy Central’s Corporate (10:30/9:30c), where tyrannical CEO Christian DeVille (Lance Reddick) may finally get his comeuppance while underlings Jake and Matt (Jake Weisman and Matt Ingebretson) keep trying to climb that treacherous ladder; and the 10th-season finale of Bravo’s The Real Housewives of Beverly Hills (9/8c), in which Denise Richards bails on her fellow dishy femmes while ducking scandalous new rumors. (You’d think she’d be used to that by now.) From 'Real Housewives' to 'American Idol' alums, these stars have brought their talents to the Great White Way.

The Hunt for Escobar’s Hippos (8/7c, Smithsonian Channel): Sounds farcical, but this unusual documentary is as deadly serious as anything involving the world of fallen drug kingpin Pablo Escobar. Upon Escobar’s violent death in 1993, four African hippos he had smuggled into Colombia to be part of an exotic animal collection managed to escape his compound. Breeding with no natural predators in this Latin American ecosystem, a tribe of 60 hippos now roams freely, threatening native wildlife. It’s up to veterinarian Dr. Gina Serna to try to capture and sterilize them to help curb the environmental calamity. His character is tied to Jake's struggle with depression in this funny and dark episode.

Inside Wednesday TV: Bounce’s In the Cut (8/7c) welcomes two sitcom veterans into the cast for the seventh season: Living Single‘s Kim Coles as Trish, the new manager of Mable’s Tables, and Hanging with Mr. Cooper’s Mark Curry, as Cheryl’s (Kellita Smith) ex-con brother Wade, who moves in with her and husband Jay (Dorien Wilson)… Sheryl Crow headlines the musical lineup for the variety special Women in Film Presents: Make It Work! (8/7c, The CW). An all-star lineup of celebrities and activists participate in this benefit to raise money and awareness for the WIF Hire Her Back Fund, an initiative to rebuild the workforce ravaged by Covid-19 by hiring back women and people of color… The Netflix reality series Million Dollar Beach House goes inside the cutthroat world of real estate in New York’s exclusive Hamptons area, where agents spar and back-stab to land clients and properties. 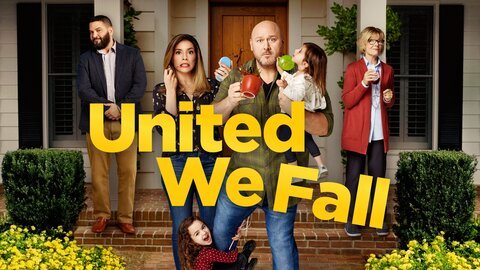