Love in the Time of Corona (Saturday and Sunday, 8/7c, Freeform): In the latest chapter of Pandemic TV, this timely if low-key two-night drama was filmed under quarantine conditions in the actors’ own homes. Corona intertwines stories of relationships challenged or possibly strengthened during the months of sheltering in place. Real-life couples play fictional mates, including Leslie Odom Jr. (Hamilton) and Nicolette Robinson as a movie producer and wife adjusting to his being at home after years on location. This would be the perfect time to grow their family, until Black Lives Matter issues add to their COVID-19 anxieties. In a more contrived domestic situation, Gil Bellows and wife Rya Kihlstedt play an estranged couple trying to preserve an illusion of a happy marriage when their moody daughter (Ava Bellows) returns home from college. The silliest vignettes involve the proudly queer Oscar (Tommy Dorfman) and his BFF, Elle (real-life bestie Rainey Qualley), who contemplate becoming more than friends even while finding new love interests online or next door. And in the most moving segments, Lost‘s L. Scott Caldwell is a retired teacher hoping to be able to celebrate her 50th anniversary with a husband suffering from dementia and recovering from pneumonia in a nursing home.

Yellowstone (Sunday, 9/8c, Paramount Network): The third season of the very adult contemporary Western ends with a showdown between John Dutton (Kevin Costner) and Roarke Morris (Josh Holloway), the hedge fund manager who hired the ill-fated Morrows to provoke the rancher. The stakes are high as John takes his place at the negotiating table — let’s hope with free-agent daughter Beth (Kelly Reilly) at his side. As she warned her rivals, “The sting never fades with me,” and we’re expecting fireworks as the fate of the Yellowstone ranch is decided. From 'Bachelorette' to 'S.W.A.T.,' 13 Shows Shot During the Pandemic

Hollywood has cautiously resumed production on TV shows across the dial, from daytime dramas to dog grooming competitions.

NOS4A2 (Sunday, 10/9c, AMC and BBC America): Speaking of showdowns, the second-season finale of the horror thriller (based on Joe Hill’s novel) threatens to lay waste to the macabre Christmasland as Vic McQueen (Ashleigh Cummings) summons all of her strength to retrieve her child, Bruce Wayne (Jason David), from the clutches of the evil and ghoulish Charlie Manx (Zachary Quinto). But after being exposed to the dark side, will Wayne even still be the same child she knew and loved? Denim Richards also discusses how Colby changed and his relationship with Teeter.

Also signing off for the season: Showtime’s The Chi (Sunday, 9/8c), which ends its third year with Ronnie (Ntare Guma Mbaho Mwine) finding absolution while Emmett (Jacob Latimore) and Tiff (Hannaha Hall) look to their future; and PBS’s Masterpiece Mystery! favorite Endeavour (9/8c, check local listings at pbs.org), in which the future Inspector Morse (Shaun Evans) finds a link to a series of crimes while snooping around Lady Matilda’s College.

Ahead of the premiere of the British mystery series, the cast talks filming in Italy, the devoted fandom, and when they'll be ready to call it a day.

Summer Under the Stars: Olivia de Havilland (Sunday, starts at 6 am/5c, Turner Classic Movies): One of the last surviving legends of Hollywood’s golden age, the glamorous De Havilland passed away last month at 104. She’s a late and necessary addition to this month’s lineup of 24-hour tributes, with highlights including 1938’s The Adventures of Robin Hood (6/5c), alongside frequent co-star Errol Flynn; the inevitable Gone with the Wind (8/7c) from 1939, followed by her two Oscar-winning performances in 1949’s The Heiress (midnight/11c) and 1946’s To Each His Own (2:15 am/1:15c). 'NOS4A2' Showrunner Previews the Season 2 Finale: 'The War Is Still On'

Vic McQueen and Father Christmas have a major showdown ahead of them in the Season 2 finale.

Indianapolis 500 (Sunday, 1 pm/12c, NBC): It’s time to finally start their engines on the iconic Indianapolis 500 racetrack. Delayed from its usual Memorial Day weekend start-of-summer timing because of COVID-19, the 104th running is hosted by Mike Tirico, with Danica Patrick offering commentary before, during and after the race. Marco Andretti holds the pole position, the first time an Andretti has won the honor since fabled father Mario in 1987.

Lovecraft Country (Sunday, 9/8c, HBO): The buzzy horror allegory shifts gears in its second episode — it won’t be the last time — as Atticus (Jonathan Majors), Letitia (Jurnee Smollett) and George (Courtney B. Vance) are welcomed into the luxurious but sinister Ardham Lodge, where memories of recent monstrous events grow hazy. Scandal‘s Tony Goldwyn guests as their mysterious host, Samuel Braithwaite, who introduces Atticus to his Mysterious Birthright, which is somehow entwined with a “Sons of Adam” cult. Let’s just say madness this way lies. Inside Weekend TV: Syfy offers a “Last Bite of Summer” with a Saturday marathon of its beyond-guilty-pleasure Sharknado movies, airing in reverse order starting with Last Sharknado: It’s About Time (8:30 am/7:30c). Watch Ian Ziering and Tara Reid get younger, but never any less silly… CBS’s 48 Hours (Saturday, 9/8c) updates its report on the Golden State Killer, also the subject of HBO’s recent docuseries I’ll Be Gone in the Dark. The episode features news footage from this week’s dramatic courtroom testimony, in which survivors of 74-year-old Joseph DeAngelo confronted the man who sexually assaulted them during his rape and murder spree of the 1970s and 1980s… Erin Burnett leads CNN’s Special Report Women Represented: The 100 Year Battle for Equality (Saturday, 10/9c), which looks back at the suffrage movement that secured women the right to vote 100 years ago, while assessing the current state of women’s rights in America… Lift your spirits as BET Networks presents a virtual production of The 2020 Stellar Gospel Music Awards (Sunday, 6/5c)… Did the Democratic National Convention leave you wanting more? Showtime’s The Circus: Inside the Craziest Political Campaign on Earth (Sunday, 8/7c) goes behind the scenes of the planning and media coverage. And in a special Sunday edition of ABC’s 20/20: The Ticket: The First Interview (Sunday, 8/7c), Joe Biden and running mate Kamala Harris sit for their first joint interview with World News Tonight anchor David Muir. Good Morning America‘s Robin Roberts also speaks to the top of the ticket… HBO’s nine-part docuseries The Vow (Sunday, 10/9c) goes inside the controversial cult NKIVM, interviewing insiders and former members as the organization that once promoted self-improvement now faces criminal charges including racketeering, sex trafficking, identity theft and child pornography. 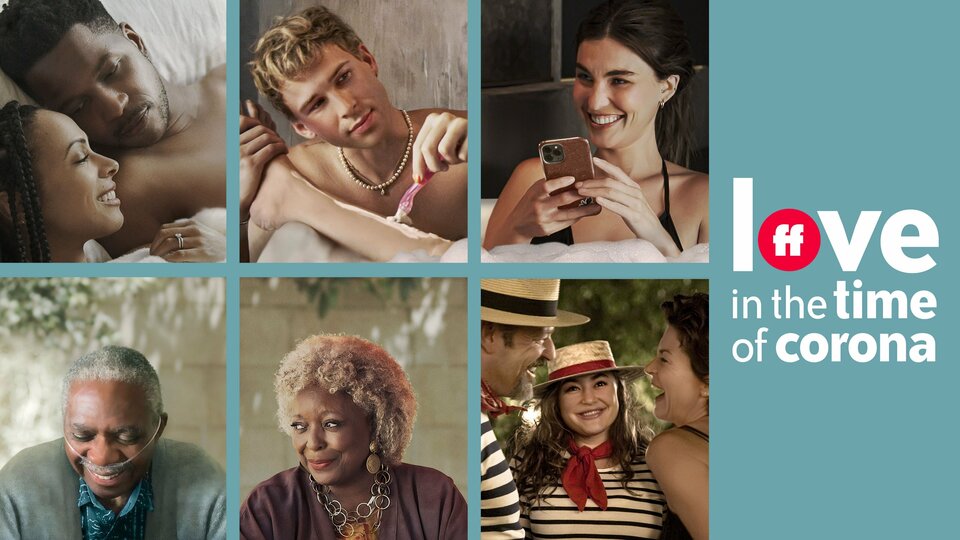 Love in the Time of Corona where to stream 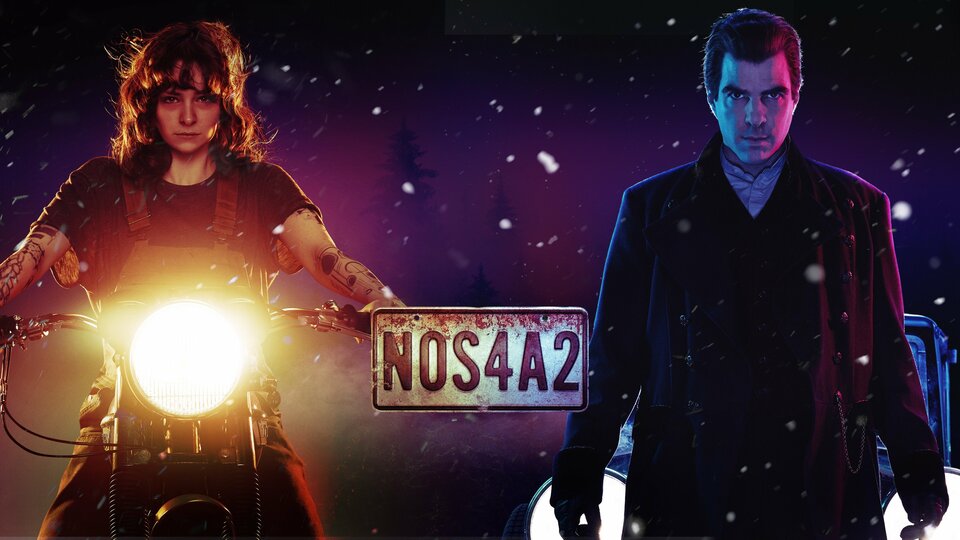 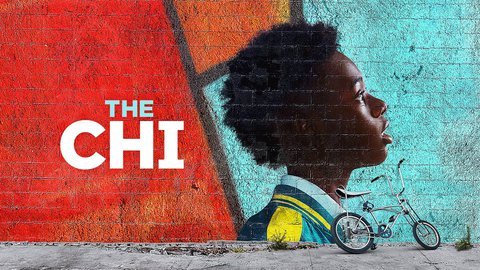