Why Is Stephen Curry Animated on ‘Holey Moley II: The Sequel’? (VIDEO)

Not only has Holey Moley taken the game to the next level for its second season, but one of its executive producers has a new look.

Stephen Curry is animated in the “Behind the Hole” segments included in the wild ABC mini-golf competition series airing this summer. He addresses just that in TV Insider’s exclusive sneak peek at Thursday’s episode, now in a new time slot, 8/7c.

“I’m a pretty busy guy. I’m a basketball player. I’m Holey Moley‘s resident golf pro, and now, I’m also a cartoon,” Curry says. “I know what you’re thinking. ‘He really can do it all. How does he find the time?’ You might also be wondering, ‘why am I animated?'” Watch the clip above to see his response.

In this week’s episode, “I Think We Just Made History on Uranus,” a bartender and a government official face off against each other and Putter Ducky’s giant rubber ducks (below), and an Instagram influencer and beatboxer go against a Distractor. Meanwhile, the “twin tornadoes” face Water Hazard, and aspiring and former pro golfers “take the two-second run of their lives on Hole Number Two.” Then, the finalists go head-to-head on one of the new holes, “Uranus,” in hopes of being able to participate in the grand finale to win $250,000. 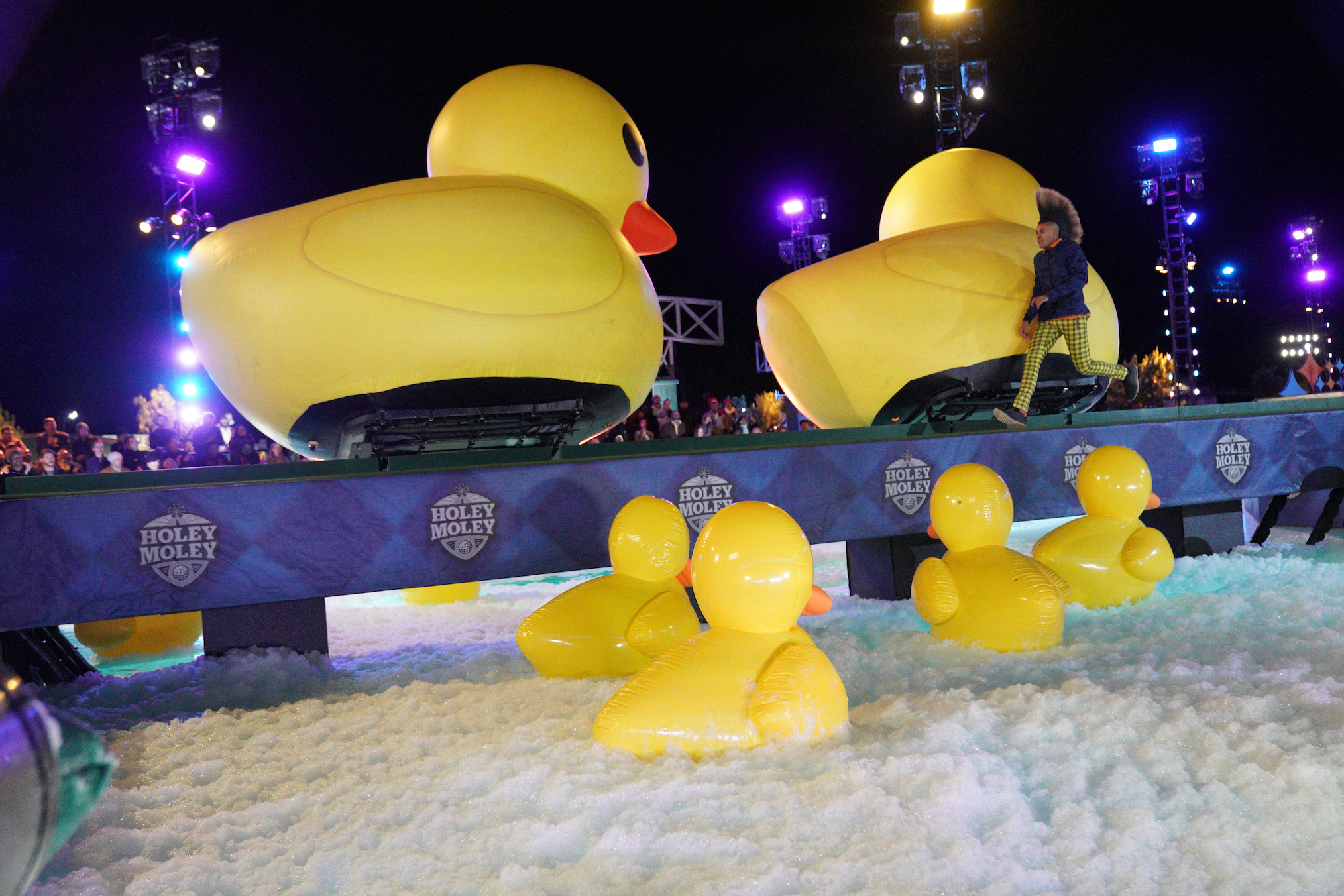