Miles (Brandon Micheal Hall) should probably be grateful he’s not facing one of guest star Amy Acker‘s previous characters in Sunday’s episode of God Friended Me. Just imagine how Root or Illyria would react to him trying to get involved in their lives!

The Angel alum’s character is linked to Miles’ friend suggestion in “Almost Famous,” and TV Insider has an exclusive sneak peek at the two clashing.

In this episode, Ali (Javicia Leslie) is hopeful when she’s told she’s a candidate for a new drug trial to help with her cancer treatment, but then the God Account suggests Miles help Kylie (Taylor Richardson). She just so happens to be the daughter of the hospital administrator in charge of the drug trial, Acker’s Tammy. Will he get involved or be too concerned about hurting Ali’s chances of being accepted?

Well, after their conversation in her office, he might be leaning towards the latter. Miles follows up with Tammy after witnessing an earlier argument between her and Kylie. After Tammy left, he spoke with Kylie, who told him about Tammy’s sister, he reveals. Tammy’s not too happy that he’s getting involved in her business — and that’s before he brings up someone connected to her daughter and more bad news arrives at her door. 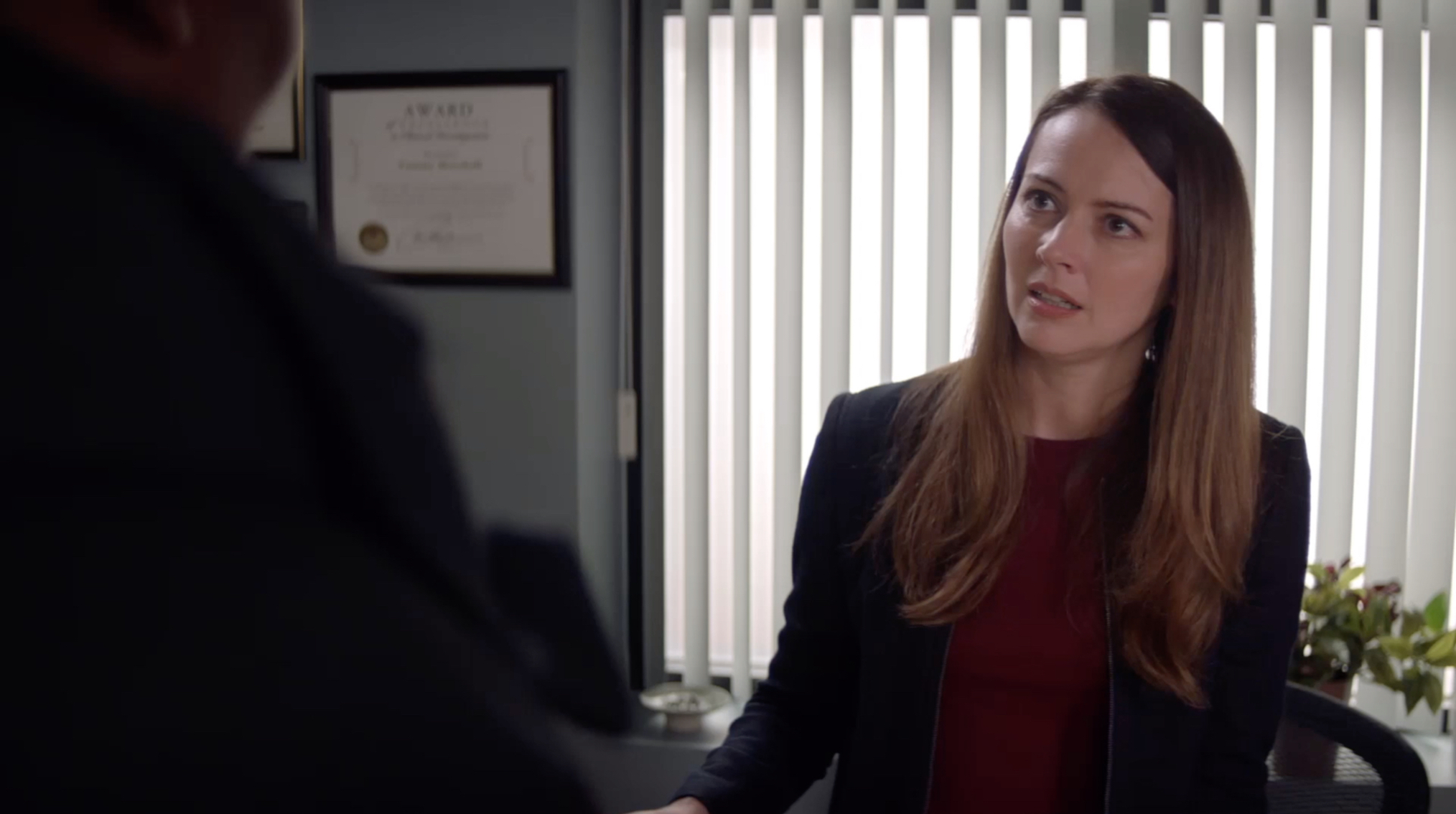 Watch the clip above to see just how bad things have gotten for Tammy.