Where We Left Off With ‘On My Block’

It’s been a long year since On My Block Season 2 streamed, but the critically-heralded Netflix teen drama is finally back with new episodes today, March 11. The Season 3 action is picking up right where it left off in last year’s cliffhanger, so before you jump back into binge-watching the series, we’re giving you a refresher on the plot so far… At the end of Season 2, the stollen RollerWorld money that Monse (Sierra Capri), Ruby (Jason Genao), Cesar (Diego Tinoco), and Jamal (Brett Gray) paid off: Cesar and his older brother, Santos majordomo Spooky (Julio Macias), use the cash to take down the Prophets, the Santos’ rival and the gang that had been hunting down Cesar for threatening Latrelle. (Latrelle, if you’ll recall, is the Prophet member who shot Ruby and killed his love interest Olivia in the Season 1 finale.)

And at the end of the Season 2 finale, Monse tells her friends she’s leaving Freeridge for an East Coast boarding school—especially because she and Cesar broke up after he confessed he slept with someone during their break. Ruby, Cesar, and Jamal don’t believe Monse will actually leave, but no sooner do they dismiss her threats than all four of them are abducted and thrown into a van.

A Season 3 trailer reveals who kidnapped the kids: a woman named Cuchillos (Ada Luz Pla), leader of the Santos. Cuchillos is pleased that the group took down the Prophets, but now she wants them to track down Lil’ Ricky, the infamous (and, apparently, still alive) founder of the Santos gang. And yes, their classmate Jasmine (Jessica Marie Garcia) is as meddlesome as ever! “They thought life was about to return to what passes for normal in Freeridge, but the stakes just got even higher,” Netflix teases in its synopsis for Season 3.

Lauren Iungerich, showrunner of On My Block, elaborated on Season 3’s trajectory to Entertainment Tonight. “This show has a baked-in mythology that started with RollerWorld,” she said. “And now that they’ve found this money, it becomes a driving force of, who are these kids that took down the Prophets?”

Adds Tinoco: “The stakes are definitely higher than they have ever been before. And you will see that clearly, right off the bat, the Core Four and more, we go on a summer adventure, not by choice but rather by force. If we don’t come through and find Lil’ Ricky, our heads are on the line.” 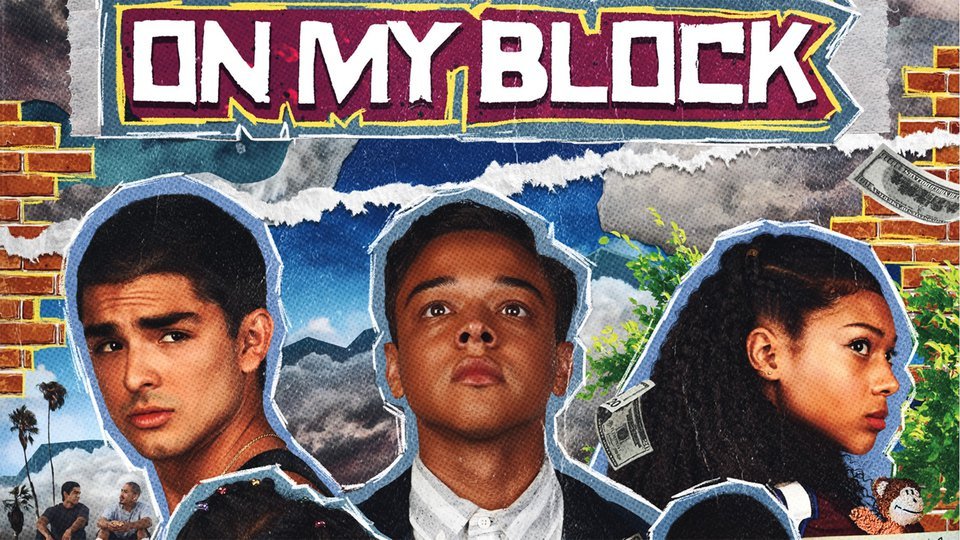