Tonight’s Season 2 finale of The Flash will see Barry (Grant Gustin) finally confront Zoom (Teddy Sears) and face the possibility of seeing how his friends and loved ones are represented on one of the infinite earths that were introduced this season.

The concept of the infinite earths, which has been a staple of DC’s comic universe for years, really opened up things during Season 2, as Gustin explained when we caught up with him on the red carpet of The CW’s upfront presentation last week:

“I think conceptually it opens up Earths 3 and 4 and 5, and has led to the infinite amount of characters that already exist on the show, and you can see them in different ways,” he said. “I hope we get to see more of Earth 2 Barry, because I love playing him. So nerdy, but a lot of similarities in a way; everything’s kinda exaggerated and he doesn’t have the same confidence at all in himself. But there will be lots of other Barrys and lots of other Ciscos as we move forward introducing infinite earths. There’s infinite possibilities for our characters.” It also led to the ability to cross over with Supergirl last season, and with the Woman of Steel moving to The CW, we know that there will be more crossovers (a four-way cross with The Flash, Supergirl, Arrow and Legends of Tommrow is supposedly in the works.

“I thought when Supergirl was first announced that it would be on The CW,” said Gustin. “I was surprised with the move; it’s not a common thing. But it belongs here, so it’ll be a good thing.” 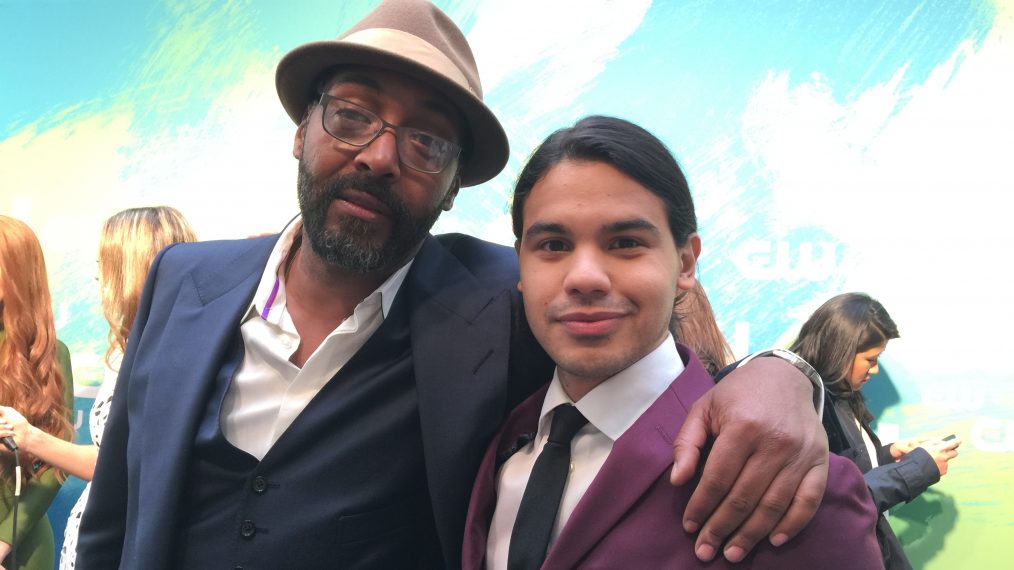 Jesse L. Martin, who plays Barry’s surrogate father, Detective Joe West, has really enjoyed playing Earth 2 Joe, who isn’t quite the buddy to Barry he is on Earth 1, and his reaction to the idea was, as he told us at the upfront,”Oh! we get to do so many things other than the thing we signed up to do! That’s what’s exciting to me. Also the idea that not only is there is an Earth 2 but there’s infinite earths. We can really go anywhere.”

Carlos Valdes, who got to play not only his Earth 1 character Cisco this season but his bad-ass Earth 2 equivalent, agreed. “It’s a luxury that not many actors get to have, save for Orphan Black and iZombie, but those girls are on another level,” he said.

RELATED: 5 Things We Loved About the Supergirl-Flash Crossover

What has being with this young cast given a veteran like Martin? “Infinite enthusiasm and ideas. They have energy beyond belief. On a day when I feel like I don’t know if I’ve got it all, they roll in this cat is coming up with about 15 different jokes just for one line,” he said as he pointed to Valdes. “You get happy about stuff like that, the fact that everybody’s so in it, and so invested in their characters and the work is phenomenal. It’s like being young again.”

As for the finale, Valdes said that “it’s a showdown and there will be some major reveals. It’s an incredibly emotional episode; bring your hankies to the couch. Grant he went full force on this episode; he didn’t hold back. I’m really proud of the work everybody’s done on this.”