‘This Is Us’: Randall’s Coping Methods & Anxiety Take Center Stage in ‘One Hell of a Week’ (RECAP)

[Warning: The below contains MAJOR spoilers for Season 4, Episode 11 of This Is Us, “One Hell of a Week: Part One.”]

In the second entry back since the winter break, This Is Us offered viewers its first of three triliogy installments titled “One Hell of a Week,” featuring the Big 3.

First up? Randall (Sterling K. Brown), because despite liking to stir up mystery, showrunner Dan Fogelman doesn’t want to torture viewers after introducing home intruder into the plot last week. Below, we’re breaking down the emotional episode highlighting the continued aftermath of Randall’s encounter but beware of major spoilers.

Dreams play a major role in this episode and serve as a framing device, but picking up where the action left off last time, Randall’s standoff with a home invader carries on. The seemingly level-headed Pearson offers up money, but advises the man to leave without incident, claiming that he’s already tripped a silent alarm.

As soon as the man follows suit, Randall is overcome with the shock and tears begin to form as his breath goes uneven. In a fog, he speaks with authorities in the morning, and while they offer to dust for prints all over, Randall reassures he caught the burglar as he was coming in, negating any need to investigate in the upstairs. Things take an unsettling turn when the officer warns Randall that invaders usually return the next night for a repeat offense. Checking on Beth (Susan Kelechi Watson), Tess (Eris Baker), Annie (Faithe Herman) and Deja (Lyric Ross), Randall tells his wife to take the girls somewhere else for the night reassuring her that he can stay at the house and make sure things are secure. Awoken in the middle of the night at the exact time of 2:17 a.m., Randall arms himself with a golf club, and inspects the rooms. As he takes tabs of the security cameras (that are newly installed), he watches The Great British Baking Show, and texts Kevin (Justin Hartley).

When Kevin rings him, Randall tells his brother about the break-in but asks him to keep it a secret, but as he regales his tale, Kevin shares that he’s in Pittsburgh for Sophie’s (Alexandra Breckenridge) mother’s funeral. Listening to Randall recount the moments of his harrowing story, Kevin asks where Randall was returning from, still unaware about Rebecca’s (Mandy Moore) ongoing mental state concerns. Playing it off, Randall fibs, then cuts off his brother, claiming he doesn’t need to talk.

Next Randall awakens from another dream, seeing Beth beside him, his growing anxiety is evident, but that doesn’t keep him from work. When he gets into the office, he talks to Jae-won (Tim Jo) talks to him about a town hall meeting, that he notes will be stressful, wondering aloud if they should postpone, but Randall doesn’t allow it.

Interrupting the shop talk, Darnell (Omar Epps) shows up and asks if Randall’s open door policy is still in place, but when he comes to air his grievances about the housing bill that will be discussed at the meeting, Randall is distracted and appears to ignore Malik’s (Asante Blackk) father, who walks off feeling disrespected. Later, as Randall returns home, he hears the home alarm sounding and bolts in a panic only to learn Annie accidentally set it off, as Beth reassures him everything’s fine. The next morning, Beth asks for Randall to reduce his weapon count around the house, but when he begins joking around she wonders about the town hall. When he convinces her he can’t back out, Beth promises to be there for moral support, beginning to look for her earrings as she gets ready.

When she can’t find her jewelry and Randall his cuff links, they realize the intruder must have made it up to their bedroom. The realization enrages Randall, “he was in our room,” he seethes but this only causes Beth to reign him in and make him acknowledge the craziness of their lives in the past week between this invasion and Rebecca’s deteriorating memory, making him promise to talk it out with her later.

During the town hall, Randall loses his cool a bit when the crowd overpowers, but he manages to pull it together under the gaze of Randall and Darnell. He asks the audience to trust him and the housing bill he’s supporting, but professional developments aren’t the main point of this heavy episode.

That evening, Randall’s nightmares turn into the darkest they’ve ever been, as he imagines the intruder over Beth’s sleeping shoulder, stroking her arm as he lays there screaming but mute. In an effort to clear his mind, Randall readies himself for a run the next morning, promising Beth that talk they’ve discussed having. As he heads out though, he encounters Darnell, who speaks candidly with him about mental health. 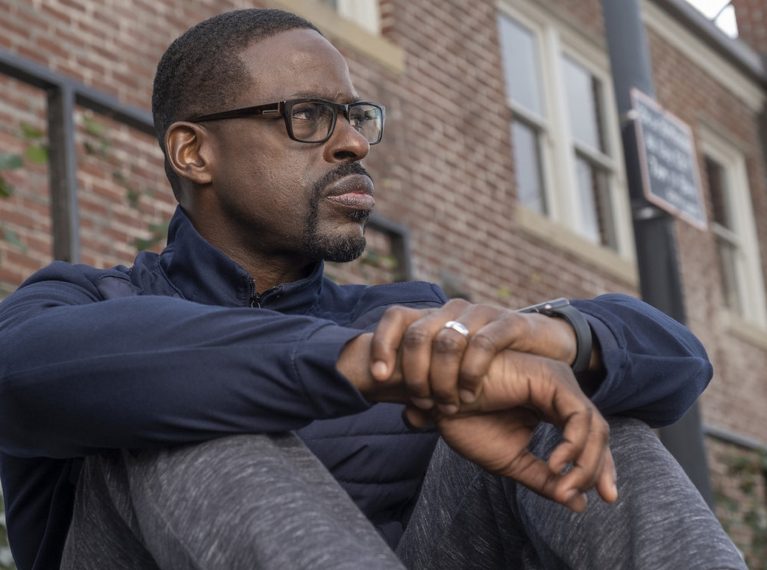 Malik’s father shares that he knows about the intruder, telling Randall he’s feel helpless in that situation as well. When Darnell asks what Randall does to cope, he’s not satisfied with “running” as an answer, and asks if Randall’s ever explored therapy, sharing his own beneficial experience with that method. But Randall brushes it off, and goes for his run. Of course, his memory is plagued with the images conjured by his mind, of the intruder invading Beth’s space, so when he witnesses a man trying to snatch a purse from a woman, he explodes, beating the man.

Beth goes to pick him up from the hospital where he’s being treated for a broken arm, and laying in bed that night, he receives messages with links to articles which call him a hero. The next morning at the office, his coworkers applaud him, but Randall can’t take it and he runs home. Locking himself in the bathroom he dials Kevin up and says, “I lied, I need a catch, I’m not okay,” before sharing the new developments. As per their style, Kevin promises to get his brother through the stress and tells him to breathe.

“I’m gonna be the guy that gets you through this,” Kevin vows, and when we’re shown a glimpse at his settings, he’s seen in bed with a woman, who’s face is shrouded by covers. Could it be Sophie or perhaps Cassidy (Jennifer Morrison) who also lives in Pennsylvania? Only time will tell as the episode cut off before we received an answer.

But that’s not all this episode had to offer, various dream sequences were peppered throughout the chapter, as well as two past timeline storylines to mirror Randall’s present-day terrror. The first timeline involved a small Randall being comforted by Jack (Milo Ventimiglia), who reassures Randall that monsters won’t harm him, a statement that’s hard to back-up in a storyline where monsters are very real and present in his Philly home. Meanwhile, the second timeline featured a college-aged Randall (Niles Fitch) who experiences a bout of nightmares as he tries to keep cool for his coping family. The timeline begins with a nightmare featuring Rebecca cutting roses in the garden as storm approaches, but as Randall bangs on the glass of their house window, she’s oblivious, causing him to jolt awake.

A dorm fire alarm is the culprit for his awakening, and in a panic he rushes to Beth’s (Rachel Hilson) room, but she assures him it’s just a drill. When he’s visiting home, Rebecca notes Randall’s tired appearances and he admits he’s been having nightmares, but when a heated phone call between Kate (Hannah Zeile) and Marc (Austin Abrams) takes place and Kevin (Logan Shroyer) and Sophie (Amanda Leighton) arrive, Randall’s difficulties take a backseat. 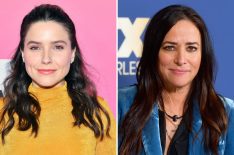 Instead, Randall turns to Beth for comfort, asking her after a study session if she’ll stay the night, mentioning his recent nightmares. That evening he endures a nightmare disguised as a family dinner, but with deceased patriarch Jack in attendance. When Beth speaks to Randall later on, she suggests he check out grief group, which she says helped with her nightmares following her own dad’s death. After opening up about how the dreams made him feel, it seemed like the perfect opportunity, until he receives a call from Kevin claiming something is wrong with Kate, but refusing to explain until he and Rebecca pick him up. So even in the past, Randall never received the proper therapy in regards to his anxiety and fears. One thing’s for sure, “One Hell of a Week” will continue to be just that as “Part Two” looms.

One Hell of a Week: Part One

« EPISODE 10
Light and Shadows
EPISODE 12 »
A Hell of a Week: Part Two
ADVERTISEMENT