‘Manifest’ Cast on Dealing With the Death Date, Breaking Points & That Cliffhanger

Manifest ended its first season with quite the crushing blow discovered by the Stone family: death dates for those who were on Flight 828 and anyone else who returned from similar situations.

That’s not even to mention the fact that we’ve been waiting to find out who was shot as Michaela (Melissa Roxburgh) walked in on Jared (J.R. Ramirez) and Zeke (Matt Long) fighting over a gun. And we don’t know who the father of Grace’s (Athena Karkanis) baby is: Ben (Josh Dallas) or Danny (Daniel Sunjata)?

Whatever comes next, get ready for another wild ride of a season, including “a really dark turn in Episode 7 that’s going to be really pivotal and drive story through the back half,” according to executive producer Jeff Rake.

The Ticking Clock for the Flight 828 Passengers

Those with that death date over their heads are focused on trying to figure it out and determine if they can stop it. “Ben is a very practical kind of guy, so he’s going to make plans for that, but he’s not going to fully accept it’s coming, so it pushes him onto this journey of finding a way to stop it with Saanvi,” Dallas says. “For Michaela, it’s more so just about helping people within the time frame that they have and encouraging her brother to do the same thing,” Roxburgh adds. “Until things go sideways, of course.”

Saanvi is hoping to get “closer to an answer or a cure or a way to solve it or fix it,” Parveen Kaur explains, while questioning just what it means for these characters when that date comes. “How do you die in a plane crash if you’re not in a plane?” Karkanis points out. “It is really the thing that is driving Season 2. How do we fix this death date? How do we outrun death? … It leads to a lot of really interesting revelations as far as other parts of the mystery that unfold and the Callings evolve and start doing different things.”

Speaking of the Callings, “[they] have not stopped,” Roxburgh previews. “Those are little clues for them to either stop it or deal with it and it never really gets easier for them.” 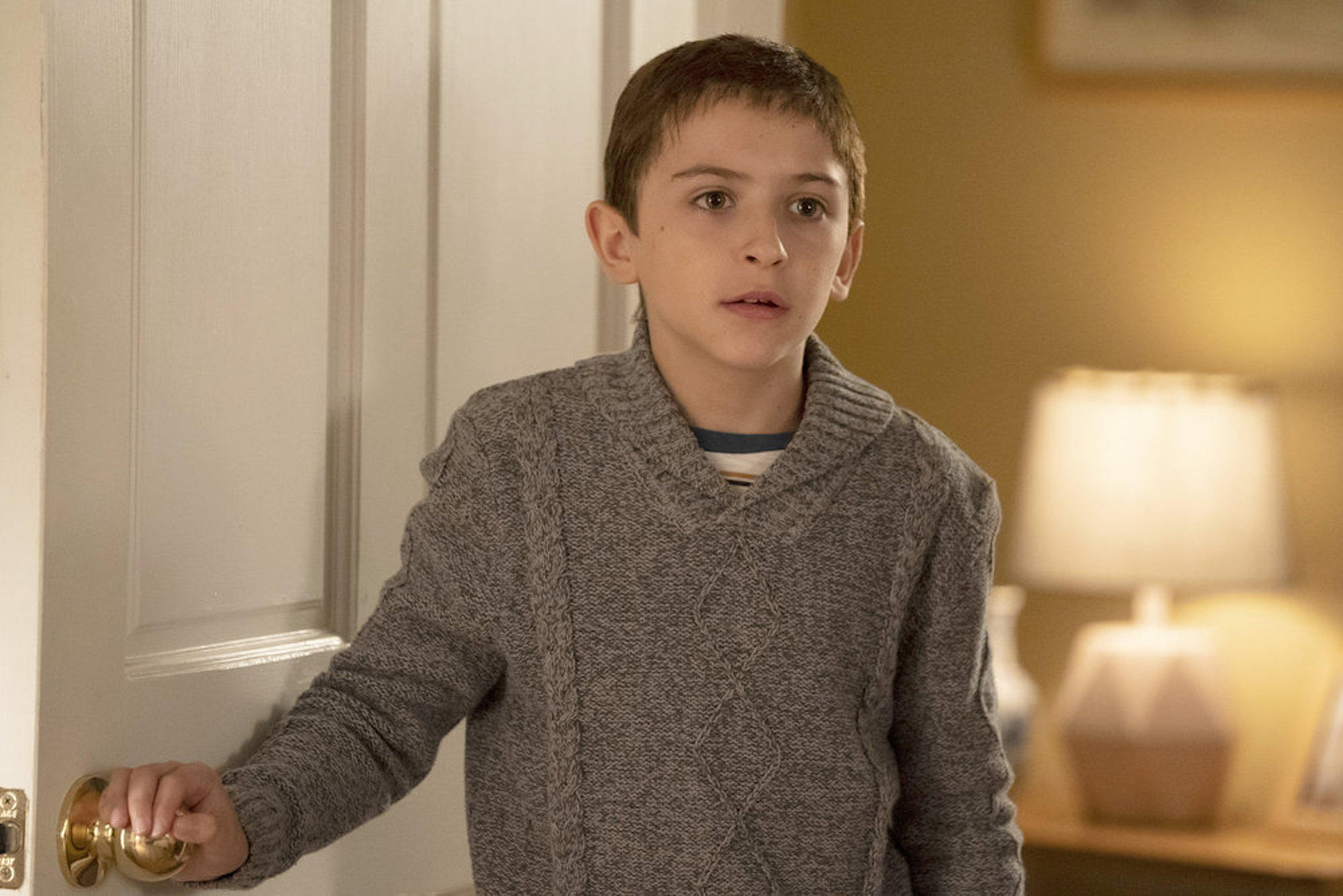 Overall, the death date affects these characters “from a place of mystery and mythology” and emotionally, Rake says. They’re not only trying to see if it’s “written in stone” — “Is there anything going on in their head? Is there anything about the airplane that presents a clue to help them understand, is there a way they can survive this death date?” — but also looking at it from the perspective of the choices they make. “In so many of the relationships within the show, the fact that everybody knows they may only have a limited time left is a real driver of emotion,” he shares.

And it’s on the emotional side that we’ll see the effect it has on those who weren’t on the plane, including Olive (Luna Blaise), who may have a limited time with her twin. “What are we going to do with [the time that we have]?” Blaise asks. “Spend it with the ones we love.”

Fortunately, viewers won’t have to wait long to find out, as Long revealed that the premiere picks up right where the finale left off and we’ll learn immediately who was shot. But even if someone dies, that doesn’t mean they’re off the show. “The beauty and great thing about the show is we deal a lot in flashbacks, so you’re going to be seeing everybody,” Ramirez says.

“You’ll see Jared a lot more darker than you’ve seen him before, in the sense of you don’t know what his intentions are and why he’s doing what he’s doing,” the actor reveals.

The Season 2 flashbacks will dive into Zeke and continue to be part of almost every episode. “There will continue to be more flashbacks on the airplane, in the airport before the plane took off, life before the plane took off, a few more flashbacks to life for those who’d been left behind while the plane had been missing,” Rake says. “[The flashback] will typically answer some question, often a mysterious question, within the body of the episode [or] speak to something that is an arc that is playing throughout the season.” Surprises Are Coming for the Stones

One of the major questions going into the new season surrounds Grace’s pregnancy. “You’ll find out very quickly in Season 2” who the father is, Karkanis reveals. “The way that you find out is very interesting and surprising. … It unfolds the whole story a lot more, and I thought that was cool, how they tied in this very personal thing into the bigger picture.”

And whoever the father is will “affect [Ben] and Grace in a very, very surprising way,” Dallas teases. If it is Ben’s, then here’s another child he’s going to lose time with, after he already lost five years with Olive and is possibly facing losing much more time with her — and this new baby — if they can’t stop the death date. Whatever happens, Ben and Grace are “now united and a team and fighting together,” Karkanis shares.

But that being said, prepare for “something very surprising about the Ben and Grace marriage” in the second episode, according to Rake. That “sends Ben and Grace in an unexpected trajectory.” There are a few pivotal moments to look out for with the Stone family, including an intense Episode 8. Plus, there’s something “really big … that happens in the first episode [and] changes Grace’s course a little,” Karkanis teases.

And, of course, Cal (Jack Messina) will continue to go off on his own on adventures. “Cal takes an interesting turn when it comes to the Callings,” Jack Messina says.

As we saw in the first season and will continue to see in the second, Ben and Michaela take the lead when it comes to the passengers. “Particularly Ben feels very responsible, not only for his family, but for all of the passengers,” Dallas says. “It’s kind of a crushing pressure that he puts on himself, and that will definitely come to a breaking point for him and by the time you get to 208, something happens that really opens his eyes to a different idea.” But Ben’s not the only one whose mental state we should be worried about. Saanvi decided to go to therapy at the end of Season 1, only to unknowingly step into the office of the Major (Elizabeth Marvel). “You guys should be terrified,” Kaur says. “She’s going to face another huge trauma. We’re going to see quite the breakdown of Saanvi, which is very exciting. … We really start to see Saanvi deteriorate in a really interesting way.”

But what happened to those on Flight 828 in those five years? We’ll have to wait to find out.