Awkwafina is heading to Comedy Central this January with the series Awkwafina is Nora From Queens and the first trailer has officially arrived.

Set to debut Wednesday, January 22, the half-hour comedy is inspired by Awkwafina’s real-life growing up in Flushing, Queens. The series follows Nora (Awkwafina), a woman navigating life as a young adult in the New York City outer borough. The comedienne is the series creator, writer and lead star. She’s best known for starring in movies like The Farewell, Crazy Rich Asians, and Ocean’s 8.

Raised by her father (played by BD Wong) and Grandma (Lori Tan Chinn) along with her cousin (Bowen Yang), Nora leans heavily on her close-knit family. Their unique relationship is teased in the trailer, which also offers a glimpse at the star-studded guest roster. The series is slated for a 10-episode first season run and includes a diverse cast of mostly-female directors, among which are Natasha Lyonne, Lucia Aniello, Jamie Babbit, The Daniels, Steven Tsuchida and Anu Valia.

See hilarity ensue when you meet Nora in the exciting new trailer below! 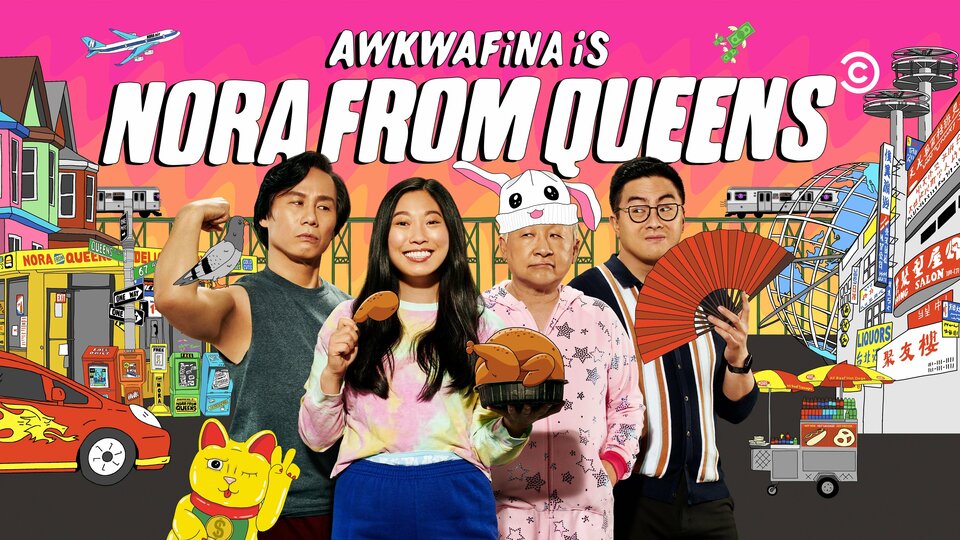